by Ryan Matthew Randquist 2 months ago in fact or fiction 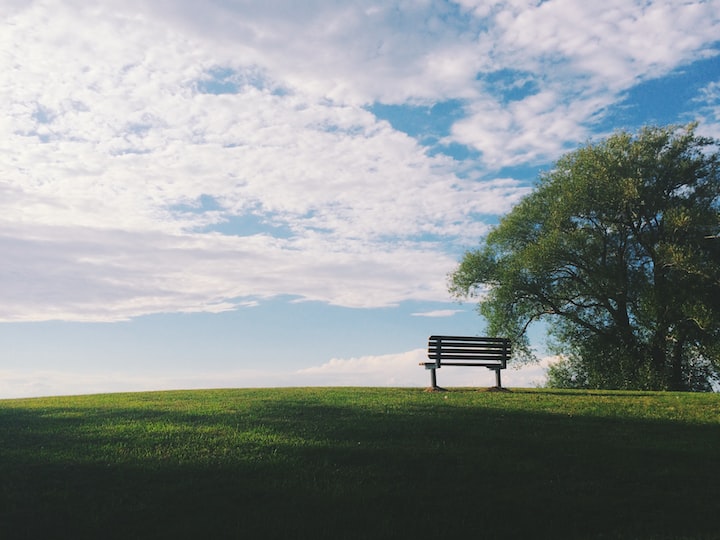 She was a romantic at heart. Growing up in a rural Oregon town with little to do in the days before there was internet or iPhones, Cathy would spend her free time reading romance novels. The winter months in Oregon were often dark and wet and the summer months were hot and humid so going outside was not much of an option. Sure she helped her mom around the house but reading was her escape from life and continued to be so after she graduated high school, got married and started a family of her own.

At times she had to curtail her reading time but there were other times when she was able to continue it unabated because her husband was at work and her kids in school. She kept the house clean but to be perfectly honest she never envisioned herself being a housewife and wanted more out of life. She had dreamt of a career as a lawyer but had been discouraged from such an endeavor by her mom as well as by her first husband. Though she knew that she never got to achieve her dreams, reading romance became an escape for her.

Her father had been the one that taught her the importance of reading. One could be Captain Ahab one moment and walking on Mars the next. Reading allowed the imagination to escape and for Cathy, romance was a way to escape the mundane aspects of life that she so often felt.

One way she found her reading material was by going to old antique stores and browsing the small sections they had with old books. Most of the time the books were fairly cheap, maybe a quarter each if that and the owner of one of the shops she frequented in Portland told her that often when someone died their less valuable items were sold to him for very little money. He knew the items would eventually sell and he knew certain buyers and what they were looking for.

On one such occasion he saw Cathy enter his store and setting down his pipe he beckoned her to come to the counter so he could show her something that he had recently come into ownership of.

Handing Cathy the item wrapped in old cloth, Cathy saw that it was a little black book. It was not as thick as some dictionaries but it wasn’t thin either and could easily fit inside of a pocket.

“Go ahead, look inside,” the store owner told Cathy.

“This is amazing, how much would you want for……..”Cathy said before the store owner smiled and waved his hand causing Cathy to stop speaking.

“For you, it is free. I couldn’t put a price on it because it was so unique and it came with a box of items I already sold but when I saw this I thought of you and figured you could use it, plus you are the one who single handily kept my store from overflowing with romance novels so it is the least that I could do.”

“Thank you, I am going to read this when I get home!” Cathy said while displaying her well known smile.

She carefully wrapped it up in the old cloth and then walked home, arriving moments before another rain shower began. It would be hours before her kids got home from school and her husband got home even later so while the sound of rain hit her window she sat down and opened up the first page.

Today marks entry one in our joint journey of love together. I have now been home from the war for one week and in three weeks we will marry. Those long days and nights in the Pacific only enhanced my desire to be your husband and now that I am home, I will be by your side no matter what….”

The entry continued and was dated November 1945. Quickly glancing to the last entry, made in 1970, Cathy realized this little book covered roughly 25 years.

The writer went on to describe his fiancé’s beauty, her sense of adventure, her humor. In the next entry it said the following.

Oh how I am glad that you are home from that hideous war. There were so many nights where I was up at night wondering how your day had gone, if you had seen any combat or if you were ok. I am ready to be your better half and I am ready to join you in our “joint journey of love” and we have but a few weeks before we are married.

In total there were about 125 entries and usually there were 4-5 a year, sometimes fewer and some years more than usual. They covered each major event in their lives, him graduating college, the birth of two sons and a daughter, birthday parties, anniversaries, even just routing regular days.

This little black book represented a love story that she wanted to learn more about. Why was the book given away? Where is Hank now or his wife, Grace? Where were their three children? Were they even aware of this book?

As Cathy read further she decided to go to the final entry. There she read a heart-breaking letter which she will never forget. In this final entry she could not help but think of her own marriage, how she met her husband and how they had children now and were planning the rest of their lives together. Sometimes though things don’t turn out as we hope.

You have now been gone from my life for one day, how can I go on? You were the one who made me a better husband, a better father, to lose you so close to your 44th birthday is hard to fathom but I take comfort in someday seeing you again….”

As Cathy read other entries she saw that they had three children. One son died in Vietnam, another in a car accident and their daughter passed away shortly before Grace’s own passing. Thus for the past several decades Hank had been dealing with some very deep grief.

“I can only wonder where he is now, what he did to deal with that level of loss,” Cathy confided in her husband one night.

“Why don’t you try and find him? Maybe the store owner knows someone who could give you some information,” her husband replied, “After all he might not know that the book was donated and might like it back as it has a lot of his deepest memories.”

She thought that was a great idea but as it turned out, she didn’t need to as the answer was with her the entire time. Embroidered into the cloth that the little black book was wrapped in was a name and address. The name was Hank Anderson. Below the name was an address. Since it was already late she decided she would go to the address the next day.

After she had a late breakfast the next morning she drove over to the address but she wasn’t sure what to expect or what his reaction would be and she felt a tinge of embarrassment that she had read through his private belongings but when she came to the address she saw some people moving out some furniture. As she went up the steps a middle-aged woman came up to her and asked Cathy how she could help her.

Cathy explained the little black book and that she wanted to return it to Hank if it was at all possible.

The middle-aged lady seemed sad and replied, “Well, Mr. Anderson passed away less than two weeks ago at the age of 96 and his funeral is tomorrow. I am just tidying up the estate for his attorney so I never knew Mr. Anderson personally.”

After parting ways, Cathy decided that she would attend the funeral. It would be her way of honoring Hank Anderson and the legacy that he left behind in a little black book.

The next morning she put on a formal dress and went to the funeral. She expected it to be crowded but to her astonishment she was the only one there aside from another lady. She filled out the registry and sat down as the minister gave his sermon on Hank Anderson’s life. There were a great many details that she already knew but many she did not know and at the end of the funeral the other woman approached her and introduced herself as Hank Anderson’s personal lawyer.

She explained that Hank Anderson had lived so long that he outlived all his family and friends and decided that the remainder of his estate would be given to anyone who attended his funeral or divided among those if more than one attended. He had already donated his belongings before he passed but had $20,000 left at the time of his passing to give away at his funeral and since Cathy was the only one who attended, that money was now hers.

Cathy was shocked at this but took the money in gratitude and used it pay off some overdue bills and placed the rest in the bank. She kept the little black book and to honor Hank’s legacy she and her husband began the tradition of writing each other love letters in a little black book of their own.

Fishing is my hobby but writing is my passion.