by Eric Sutherland 2 months ago in science 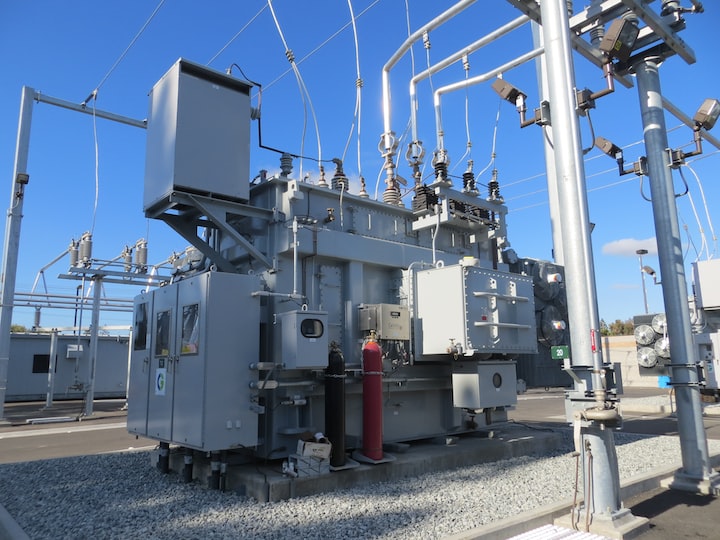 The Dr Revered Stirling invented the Stirling Engine in 1880 in Stirling, Scotland. Over the next 100 years it found applications in space, medical, transport and burning methane from waste sites. Minor changes happened, but nothing new from a design perspective.

Then in the 1980s the microprocessor came on the market and added precise control to the Stirling Engine (i.e. 0.001 per degree steps). The Stirling Engine is a thermal engine and therefore about 80 to 90% efficient. The basic engine consists of 2 cylinders with a heat exchanger in the middle. By heating one cylinder, the other one goes cold because of the heat exchanger in the middle. Kockums Marine AB, Malmo, Sweden launched a submarine in 1978 with 1000 hours on Stirling power in its first year.

This was a big step forward with multiple cylinders and other technology. This engine was then used in submarines throughout the Western World. During this time NASA used it for space experiments since the engine is almost silent when running. At this time, a US company was formed to build the US Stirling Engines, with the name Stirling Engine Inc and claimed intellectual property rights, when the copyright had expired in 1930. This is something that US organisations seem to do under the threat of legal action. Lots of companies tried this by changing the casing, but not the inner parts and therefore their patent claims failed.

In July 1992, the magazine Electronics World + Wireless World had an article titled "Electricity out of Magnetism" what Dr Harold Aspden and John Scott Strachan had produced was a solid-state Stirling Engine. This made me declare that this form of Stirling Engine would be more environmentally friendly than any of the proposed fuel cells and more efficient. This caused a lot of upset with the fuel cell researchers.

The next evolution step was in the late 1990s with Nanotechnology Stirling Engines, that could be implanted into human parts and connected to their nervous system and get their hands or legs moving again. From driving a push bike to its current position, the Stirling Engine has moved through several evolutionary steps. A true model of the engineering principle "keep it simple and stupid (KISS)."

Combined with Solar Powered Cells it could make the electric car of the right weight a viable product. With the applications it has already been applied to there is no real limit to where it might be applied next. Its inventor would be totally overcome with its current position.

In the 1970s from Test, Support and Post Design Services Engineering roles, moved on to Quality, Technical Writing and Training. From 1977 to 1982 attached to the Forces and went on exercise training Private to Staff Officers on computer / communications and their applications. Their interest jumped when they discovered by doing IT software, hardware, and network courses they could get roles in civvy street when their time was up after 3, 9 or 15 years.

Then in 1980s onto Mentoring Project Managers and team members on their project deliverables and about the same time started Mentoring Start-ups and SMEs. Discovered that about half the councils in London, UK had left wing Business Development Officers. Who appeared against helping Startups and SMEs understand how to do company accounts monthly on a spreadsheet and at the end of 12 months trading to do the annual figures and transfer these to the annual accounts document to send to CompaniesHouse and HMRC.

Worked with an organisation that produced a monthly brochure on New Product ideas, worked on a range of different ones, doing due diligence by sending one of twenty parts to university departments for testing and test houses. Then gathered their reports and did an analysis of each one and summarised the finding with a GO or NO GO decision they paid between £5,000 to £10,000 per product idea. The first time I signed Non-disclosure agreements. Made about 10% on average.

Early 1990s developed sample management systems and helped a wide range of organisations implement and audit them. These covered ISO9001 – Quality, ISO14001 – Environmental, ISO20000 – ITSM, Corporate Communications, and ISO27001 – IT Security. From 1995 to current doing more Business and Process Analysis and combining it with Quality, Writing and Training roles.