by MealyGarage 6 days ago in fact or fiction 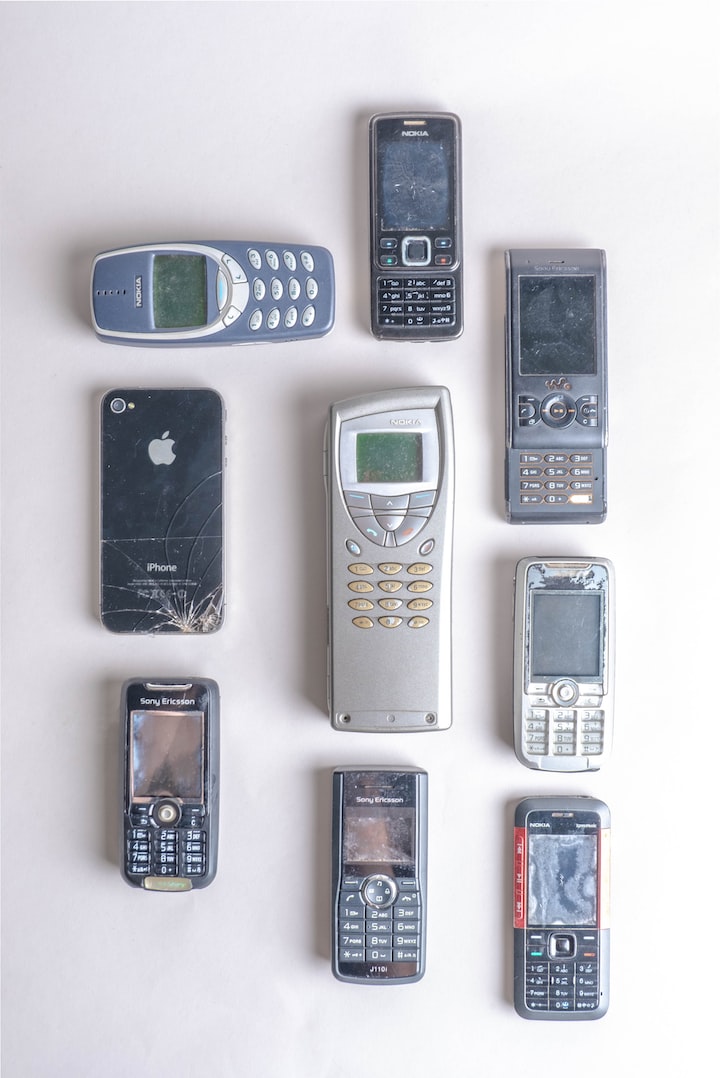 Photo by Rayson Tan on Unsplash

With hindsight, the early days of the relationship was the best time. Always in each other’s company, the constant touching and exploring. Being the main focus of your love’s attention is a wonderful feeling. She would hold me, stroke me and gaze at me. I felt special, like it was her and me against the world. I even tried to communicate with her, sending a message of love, but she didn’t recognise the number and got a bit freaked out. I didn’t try again.

Yes, in those first few months I can say with all honesty that we were in love. I went everywhere with her. The bus, the cinema, to work, even the holiday in Ibiza. That had been a crazy time, when she thought she’d lost me (I was in the inside zip pocket of her suitcase).

The best times were at night when it was just me and her, lazing on the sofa. The television would be on but she’d barely be watching; too busy holding me and pressing all the right buttons. Sometimes I’d shiver involuntarily at her touch, but that would only make her stop and lift me to her ear, assuming someone was calling.

All had gone well for the first three years of our relationship, but then HE turned up.

I’d encountered her brother before. And on occasion he would use me. But I didn’t mind. After all, he was family and I knew I’d always be returned to her. To my love. But that hot summer’s afternoon when we’d met him at a branch of Starbucks, her brother planted the seeds that would lead to my downfall, and the break-up of a loving relationship. And it all started with one little word.

It was a word all us older ones dread the most. When your loved one looks at you with cold, clinical eyes and decides you’re just not up to it, anymore. After that, you’re handled with less gentleness and love, and you become just another old appliance needing replaced.

Her brother had brought out his new, younger model and handed it to my love. She actually let go of me, put down her coffee and took the sleek device in both hands, and cooed. She actually cooed.

I caught a glimpse of it as it was handed over to her, and noticed its lack of keys on the front. Ha, I’d thought. They won’t last long. People won’t put up with sticky fingerprints all over the face. But that moment I caught sight of my beloved’s face. It was a look I recognised from the very first day we met. A look of lust and want. And when she handed it back to her brother, it was with great reluctance. Then she looked at me, and for the first time ever, it was filled with disappointment. Embarrassment. At that moment, I knew our love was on the rocks.

I’d like to say that our love won out and she was satisfied with what I had to offer. I’d like to say that, but I can’t. Blowing apart any ideas I had about having her loyalty and love, the very next weekend I found myself being undressed as she took out my soul - what they call “a sim card” and threw my body into one of the drawers in the living room; a place where clutter reigns. When I spotted the small box sitting on the sofa, emblazoned with an image of her brother’s new beau, my heart broke. She had finally dumped me.

For a brief moment, I thought that perhaps she was going to encase me into this new body. I wasn’t looking forward to it, but at least I would still be with her. But then she opened up the drawer and soon I was lying on top of an old supermarket loyalty card. A pen rolled on top of me as she slammed the drawer shut again.

And that was the last I saw of her, apart from the odd occasion when her face would appear above as she searched for something. On half of those occasions, she had my replacement clamped to her ear as she chatted to someone unseen. I noticed she’d had a haircut, during one brief peek inside the drawer. She looked nice.

But by that point my love for her had soured. I could never forgive her for breaking up with me and hooking up with a younger, prettier model. She wouldn’t get away with it.

So from then on I spent hours, days, months plotting the ways I could get my revenge… which is ultimately pointless as I’m just a small rectangle piece of plastic with an tired old battery. But I can dream, can’t I?

See all posts by MealyGarage →