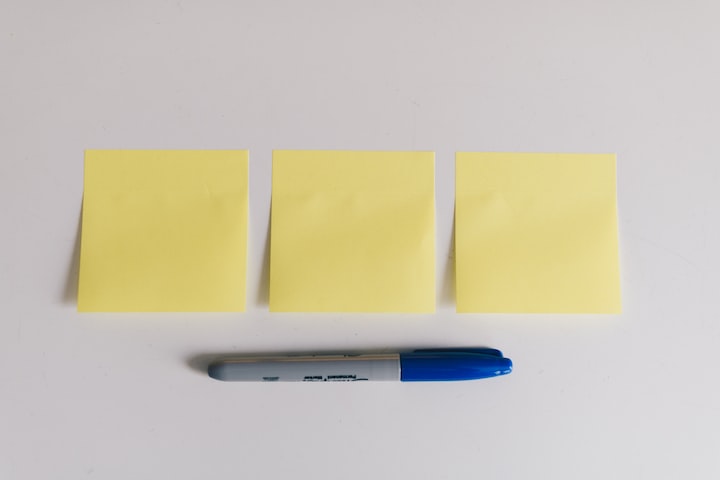 Imagine the following scene: While you are sitting to watch a series, you appear in the scene of a banquet full of delicious food, but what catches your attention is your favourite dish while the actors flock to eat it, drooling and then you remember that you ate this dish yesterday and some of it remained in the fridge, you stand amazed You go to the kitchen, the phone rings, and you answer, but you don't recognise the speaker's voice. As it resembles the voice of your neighbour, but it is similar to the voice of your aunt as well. She ends the call and calls out to your mother. You have to bring her the scissors. She remembers when you last used them to cut a piece of cardboard to put it under the shaky table leg in your room and then you put it on top of the table, you go To get him and do the job successfully, only to find yourself standing in the kitchen unable to remember what you wanted to do first!

This simple story dealt with different types of forgetting and remembering incidents. If you have experienced a similar incident before, do not worry, I am not the only one. In today's article, we'll explore why information suddenly disappears and reappears, and finally provides you with some tips to help you get a grip on your memories.

Why and how do we forget?

Before we explore some of the theories why we forget everything from a singer's name to your best friend's name completely missing from your mind, let's first see how memories are formed.

How are memories formed?

The formation of memories is associated with the hippocampus in the brain and is believed to be the main responsible for transferring information from short-term memory and converting it to permanent information in long-term memory, and memories are stored as electrical and chemical signals in the brain where neurons connect to each other in certain patterns called synapses and the process of remembering something What is the stimulation of these synapses?

How do we forget? Forgetting theories of short-term memory

This theory relates to the amount of time short-term memory can hold information, typically 15 to 30 seconds. After the storage period of time expires, the memory begins to scan the weakest information to store new information.

One of the most important problems facing supporters of this theory and affecting its results is the weak ability of researchers to control events between learning or memorisation and information retrieval, and therefore they are unable to ascertain whether the length of the recall period or other influences actually affect the memory impairment.

Support for this theory came from experiments called "free-recall", where participants are read a list of words, separated by two seconds between the pronunciation of the word and the next word, and then asked to remember the largest number of words without giving importance to the order.

How do we forget? Forgetting theories of long-term memory

This theory was very popular in the early part of the last century, scientists at the time assumed that memories can interfere with what we have learned previously or what we will learn in the future, indicating that information in long-term memory, may become distorted or combined with other information as it is transmitted from memory short-term to long-term, which leads to distortion or disruption of memories and thus forgetfulness; This glitch can happen in two ways:

The effect of interference is evident in the similar information.

This theory indicates that all information is actually stored in long-term memory, but the problem we have is to retrieve it, including what is known as the tip of the tongue effect TOT - when you feel like you are about to remember something but you can't - and retrieving the stored information here depends on 3 things:

What do we forget? Biological causes of forgetfulness

Here it is important to distinguish between normal memory impairment, which increases with age, and serious memory problems.

It is normal when:

Depression and its effect on memory

Forgetting in depression is associated with short-term memory; Since low levels of serotonin make a person less attention to new information, which impairs the formation of short-term memories, studies have shown that depression does not affect long-term memory nor the procedural memory responsible for motor functions.

Chronic stress and its effect on memory

Chronic stress occurs as a result of continuous stress for a long time, as stress leads to the secretion of stress hormones, which are considered useful in certain cases, helping us to escape or act quickly when exposed to danger, for example. But the excessive stress that leads to its continuous secretion, leads to the body being overwhelmed with it, with consequences ranging from high blood pressure, damage to muscle fibers and even damage to the brain and its cells, as chronic stress prevents the growth of neurons within the hippocampus, which leads to a weakening of memory.

How do information and memories come back all of a sudden?

A group of scientists working at the Bakeware Foundation for Learning and Memory at the Massachusetts Institute of Technology has discovered a mechanism by which the brain acts when we remember something even though we weren't thinking about it, namely remembering an embarrassing thing you did 10 years ago while opening your wardrobe in the morning. The biggest role in remembering this embarrassing matter is attributed to the Ingram cells, which are, according to the study,

“a group of neurons whose communication with each other encodes a memory through a specific pattern of their communication.”

To explain the work of these cells in a simple way, let us apply the mechanism to our previous example: when you opened the closet in the morning, you saw an outfit you wore at a party last year, and then you remembered that you went to the party with your friend Amir. Amir had accidentally poured a glass of juice on his pants and I laughed, But that made you feel ashamed of yourself because you laugh at the tragedies of others, which reminded you that the same thing happened to you 10 years ago.

Actually, memories are already in your brain and they are connected and connected to each other, and stimulating one leads to the activation of another, hence the unexpected information. Of course, it doesn't have to be embarrassing or as dramatic.

Exercising helps improve brain activity for all ages, increasing the secretion of proteins that protect nerves and improves the growth and development of nerve cells. Exercising after the age of fifty helps protect one from developing various types of dementia at a later time.

The older one gets, the more gray matter in the brain diminishes, and meditation has been shown to increase it. Meditation also increases brain flexibility and directly affects long-term memory.

A study of nearly 5,000 people showed that after they used mobile brain training apps for at least 15 minutes 5 days a week, their short-term memory, working memory, focus and problem-solving skills improved significantly.

We may always look at forgetting as a negative thing and constantly look for mixtures and exercises to strengthen our memory, but it is also important to remember the positive side of it and not only because when we forget we overcome painful experiences better, but because many studies have proven that one needs to forget in order to remember Effectively and correctly, and because if we remembered everything all the time, we would not be able to focus, neither I am writing the article nor you reading it.

Nour Eddine Fecih is not accepting comments at the moment

More stories from Nour Eddine Fecih and writers in Humans and other communities.