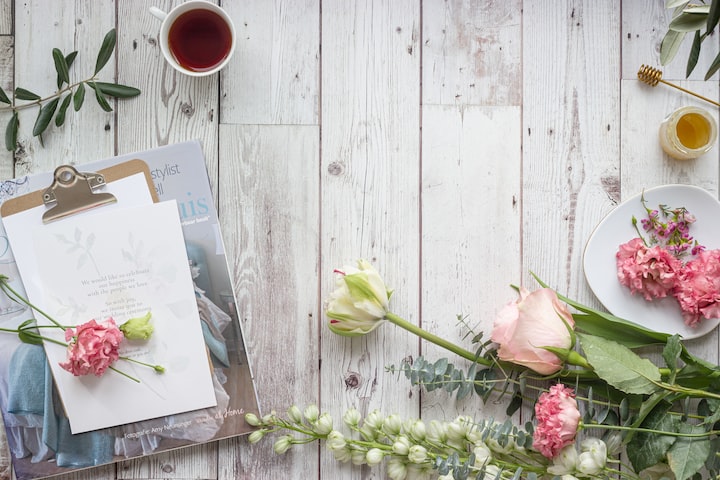 What makes a satisfying day?

For different people, and on different days, this will be a different thing.

This is wonderful! It means that many things can make a satisfying day.

I have been ill recently, for several months actually. It is likely an autoimmune disease, but the Doctors haven't yet decided which one. I've had numerous tests and still no definitive answer.

In the meantime, I have spent many days languishing in bed. I've managed half days of activity sometimes, and every now and then had a great couple of days, and thought it was all behind me! But it wasn't.

This has made me focus on the little wins.

Not feeling so ill I have to sleep all day: Fantastic!

Not being crippled by pain, moving carefully and groaning quietly to myself while trying to "take my mind off it" watching streaming tv and playing games on my phone. Something most people take for granted, but for me: a wonderful opportunity!

On this particular satisfying day, a grey, overcast Sunday by myself in a relative's house by the beach, I would have been content to relax in my pajamas all day.

Instead, wearing those pajamas I did two loads of laundry...

Made and ate some healthy and delicious meals, took a few photos around the place...

Watered the garden, planted some plants (that were looking pretty sick!), put some wire mesh around a plant that was being eaten by a Pademelon...

Collected some kindling, cleaned the ash out of the fireplace, spread the ash in the garden (it improves sandy soil), and set a new fire...

and finally: watched an inspiring movie.

With a nice warm fire, a comfy chair, fluffy slippers and a hot chocolate I felt more than satisfied with my day.

Although I didn't really plan it, the day just kind of evolved through my goal of enjoying myself and not do anything strenuous, it was a wonderfully satisfying day. A balance of relaxing, getting useful things done, and allowing myself to enjoy the simple things in a peaceful setting, and feel gratitude.

A good night's sleep to top it all off, and the next day I felt great!

The weather was lovely and I decided I could take my lunch to the beach and enjoy relaxing on the sand for a while with my camera.

First, I did Qi Gong 'Wei Qi' (protective energy) exercises which left me feeling energised and ready to GO!

I walked along the beach taking photos - I've been desperately trying (and so far: failing) to capture the depth of the crashing waves, when there are "layers" close to the shore. Maybe I need to find a 3D setting.

I should add here that I have had pain in my foot. I've been feeling it every day for a few weeks now. I have pillows under the blankets in my bed to reduce the pulling on the foot. On this barefoot stroll along the beach there was no pain at all. I decided that the sand must be supporting it exactly the right way. I later realised that it might also have been the adrenalin or whatever was triggered by the Wei Qi exercises.

The reason this is relevant is that I comfortably walked the entire length of the beach, and started climbing the rocks, still in bare feet, with no pain apart from a slight muscle strain near my waist that I think was from gardening.

This wasn't just walking over some rocks, although it was in the beginning. This was actual rock climbing, although unharnessed and not very high. I loved it! I was reminded of my youth, when I was so very strong, and able to walk and camp for days, as well as rock climb and abseil. I'm glad I learned when I was young. I stayed safe. Mostly. It was a bit more adventurous than strolling along the sand! I was regaining confidence in my body.

A couple came past me at one point, properly kitted out with bushwalking boots, and probably wondering what on earth I was doing on rocks in bare feet. I had only planned to walk on the sand!

Perhaps because of my wanting to enjoy this uninterrupted, or perhaps just because I like to be different, I didn't take the easier path they were taking, and went along the other side of a ridge of large rocks. This meant that to get to the end of the rocks, I needed to climb up at a slightly tricky point for a middle aged woman on her own without boots on. I was about to make it and suddenly I missed my hand-hold, unexpectedly grabbing at air, as though my depth perception was off. I fell. Not very far, but painfully enough. My instincts kicked in and I stopped my fall with a toe and my arm. Thankfully, I had put my camera in my bag, and placed it on the rock above.

I was so embarrassed: the properly equipped people were sitting and eating on the other side of these rocks and may have noticed my head emerge... then quickly disappear. I was also suddenly in a lot of pain. Pain from the fall, aware of my own exhaustion, the other pains I've been having in different parts of my body, including the acute pain in my foot now all reappeared with a vengeance. I realised I was also having a shock reaction. I retrieved my bag and discovered that the rock beneath me was beautifully flat to lie down on, and slightly angled, like a sunlounge. So, lay on it I did!

I rested for a moment, both worried that those people would come and check on me, and worried that they wouldn't! If they found me, I would have to admit to my stupidity: trying things that were beyond my current capability. If they didn't find me, and I was really hurt (I was too dazed to tell yet) I might die here and seagulls would eat me! So much drama when adrenalin is coursing!

Thankfully, resting was enough for the shock to wear off and the nerves to calm down, and most of the pain went away. Nothing was broken. I looked at the sky and noticed that the moon was out. I found my camera and took a few photos - the moon seems smaller in photos than it does to my eyes.

Thus, the walkers found me: lying on a strategically angled rock, taking photos of the moon and clouds as though it was planned. They acted like they were checking on me but pretending to find me by accident. So: responsible and thoughtful. Nice. They made appropriate small talk and left me to my photos, ignoring the blood running down arm, since clearly I was ignoring it!

I was so relieved!

By this time I was aware that I was quite tired, and thinking perhaps I'd already passed "the point of no return" - I still had to get all the way back to my car!

Thankfully, I found a sheltered alcove where I could sit comfortably, out of the wind, and in the shade because I was getting a bit sunburned through the 4 hour 50+ sunscreen by now.

I drank the water I'd brought, and regretted leaving my lunch in the car. I realised that my fingertips were numb, indicating that I needed some Ventolin (I often don't notice my wheeze), so it's good that I brought it.

A nice rest was exactly what I needed.

I also needed this exploratory walk for writing inspiration! I wryly noted my priorities: my bag contained a journal and pen but no food. LOL There's no phone reception out here, but I could write "low tech".

I regained enough energy to want to continue! I am a fan of completion and achieving goals - even goals I set along the way.

The "heads", rocks jutting into the sea, were so windy that I decided it wasn't safe for me to cross the last little bit and sit on the final outcrop. That was disappointing, but I honoured my self-awareness and wisdom.

I needed to make it back alive more than I needed that photo, and really: it would just be more ocean.

I could see another beach "just around the corner". I wanted to get there, but decided it was probably further than it looked. This adventure had already taken me several hours, and I really needed to get back.

It was so windy that it was hard to hold the camera still. This short video (sound on) indicates that!

So: I headed for home. I really was very tired and sore by this point, so was considerably relieved to see that there was a walking path along the shore at the edge of the rocks. This path took me back to my original beach in under 10 minutes - saving me possibly hours of tortured feet and muscles.

Walking along the sand was still pleasant. I took more photos.

When I reached my car, I thankfully grabbed my lunch from the cold bag in the boot where it had stayed chilled with an icepack, and sank into the comfort of the driver's seat to eat it. A bit more rest, another bottle of water, and I was ready to drive back to the house.

At home, I managed to feed myself and have a lovely hot bath. I dressed my arm, thankful that I had exactly the right bandages.

I was in bed before 7pm, and asleep not long after!

On the way back to the car, I realised that I was walking beside my own footprints. A lovely way to end the walk.

That too, was a completely different, tremendously satisfying day.

Do you remember your most recent satisfying day?

Will it be tomorrow?

Make it everything you hope for.

More stories from Lisbeth Stewart and writers in Humans and other communities.