by Internet Proverb 11 months ago in literature 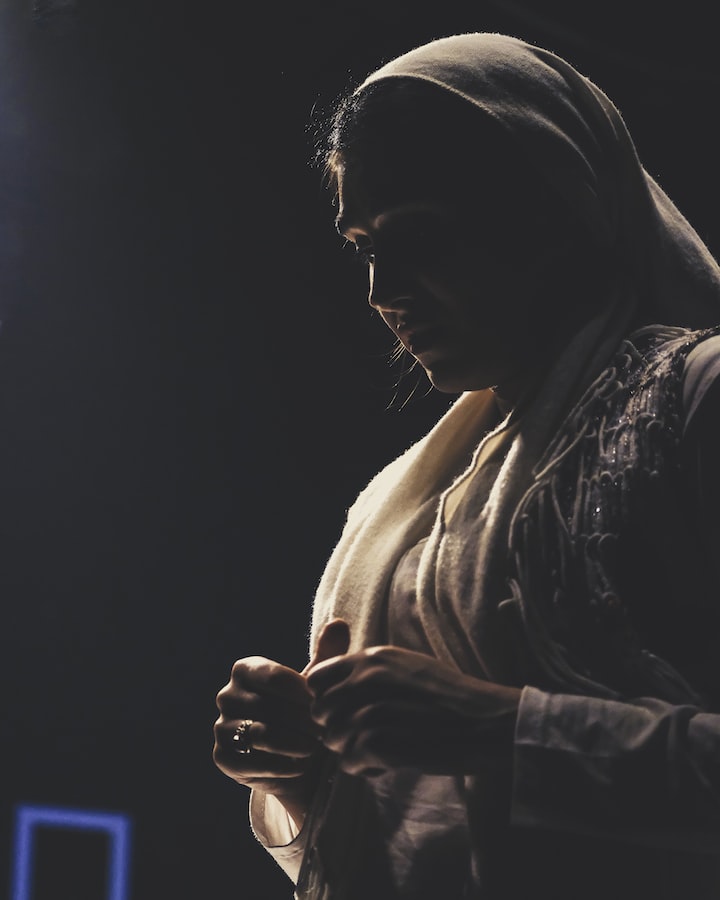 The washed gray hardwood floor of my studio apartment was sticky to the touch. The whole space reeked of something nasty. I looked down to my feet and saw that a mysterious juice had been leaking from my trash bin. How this got all over the floor was the bigger mystery. All I could see were shiny footprints from where I had stepped. “This is disgusting.” I grimaced as I tied the black bag up. With each tug, the waft of rancid leftovers creeped up my nose. The smell tickled my nostrils, and my nose gave a vigorous wiggle. The wiggle moved up to my cheeks, then my eyes, and eventually my eyebrows gave a shimmy. To be honest, I should’ve been used to this little dance, I always left it too late to take the trash out.

Maybe it’s the smell, or the anticipation of the smell. Maybe it’s that I don’t like going outside at all. I hate everyone in this building. Every last one of them, even though I don’t know them. Bumping into an unfamiliar face just reminds me of how much nobody knows me. How much nobody wants to know me. I think that’s why I hate taking the trash out. “Let’s go. It’ll be over soon.” Holding the trash bag in one hand and my apartment keys in the other, I began my trip to the back of the building. I hoped the jangling keys, fidgeting trash bag and the sound of my footsteps wouldn’t wake anyone. Down the carpeted stairs I went. On the last flight of stairs before I reached the back door, I felt a push of cold air. The moment of dread came when I realised someone else was there. “Is it a guy or a girl? Tall guy or small girl? Is he cute, do I look cute… is she mean?” The anxious thoughts I had been trying to contain since I woke up were starting to multiply aggressively. I reached the back door to find- not a human- but a book wedged in the door. That’s what was letting the breeze in. A wave or relief washed over me. “No human interaction today, thank God.”

Nothing says “college students giving up on education” like a book wedged in a door like a doorstop. It looked so sad, squashed in the door like that with its lifeless pages spewing out. Without hesitation, I picked it up and upon further inspection I realised it was someone’s notebook. I began my guesswork as to why anyone would leave their notebook in a doorway whilst I walked out to the trash cans. My investigation got more exciting with each step, “I bet it’s a diary and the owner dropped it on their way somewhere. Or maybe they left it there for someone to find.” My theory began to grow in my head, and I wasn’t sure if I was excited about the actual theory or the fact that I had something other than my anxiety to keep me company. It was nice having something else to think about. Walking back towards the door I decided I would take it back up with me.

I always walked with my head down, watching my feet climb step by step. The carpet was a fuzzy gray with orange dots. I think they chose it so that any stains would blend right in. You could tell it was old by the way the fibres clumped together. Like the matted hair on a doll that had been neglected for far too long. I wondered what kind of owner would neglect their notebook. “Maybe it’s like the burn book from Mean Girls and the owner wanted me to find it.” Either way, I was good at making a home for lost things.

I finally got to my floor and walked briskly down the narrow hallway. Apartment 5A. “That’s the one at the very end. Some weirdo lives in there, we don’t really talk to her.” My patience is thin, but apartment walls are thinner. I would hear everything that they said about me and I’m sure they knew; I just don’t think they cared. College students don’t care about anything else other than looking cool and being liked. I guess that’s why I hate them so much. I am none of those things and they are everything I hoped I would be in college. Instead, I’m a nervous recluse who’s too afraid to make any friends.

Sitting down, I held the notebook in my hands. I wasn’t concerned for anyone’s privacy or dignity since no one was ever concerned about me, so returning the notebook wasn’t an option for me. The book was black with crinkled, white pages inside. An elastic band held it shut as if to stop the pages from saying too much. I pulled it off and the book sprang open, revealing creased white and green pages. Every page looked like a failed origami attempt, but the closer I looked I realised that the green was money; there were $100 bills stuck to every page. No words could describe the feeling I felt when I realised that the notebook had 200 pages. I turned frantically through the notebook to see if there was any information about the owner. “Who the heck hides $200,000 in a notebook… and who would leave said notebook wedged in a door?!” My curiosity developed an undertone of anxiety as I realised the gravity of the situation. I stopped at a page in the middle of the notebook. This was the only note:

You better believe that was the last time I took out my own trash for a while.

Read next: The 5 Love Languages for the Proudly Single