by NatalieMarmol 4 months ago in movie review
Report Story

Forrest Gump is an American film based on a novel of the same name, the film won the 1995 Academy Award for Best Picture 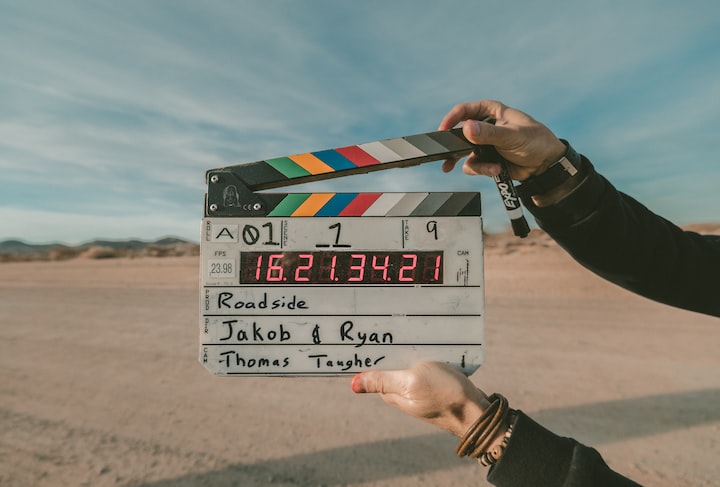 Forrest Gump is an American film based on a novel of the same name, the film won the 1995 Academy Award for Best Picture, Best Actor Award, Best Director Award, and six other awards. Forrest Gump" began with a scene: in the blue sky, a feather floating in the wind, floating through the city where Forrest Gump lived, a moment with the wind floating down, and then blown to the high altitude by the wind. After the ups and downs in the air, finally floating down at the feet of the main character of the story. This is the director's use of long shots to depict the feathers floating in the wind, leaving the audience with the endless imagination of the feathers, which paves the way for the development of the storyline.

Forrest Gump has many theories of his own, and he sits on a bench by the roadside and tells his legend on the road without knowing each other, and he adds three words in front of each theory: Mama says.

--Mama says life is like chocolate, you never know what you're going to taste.

--You have to understand that you're just like the people around you, you're not different from them, no, Mom says.

-- Mom said, I just tell myself that when I do something, I have to do it as well as I can, like I've been your mother in this life, it was something I couldn't choose, God gave you to me, my child, and I had to do my best to be a good mother to you, and I did.

Cure your: Although Forrest Gump's IQ is only 75, in his body, we see loyalty, trustworthiness, persistence, and friendliness, the most shining, excellent, and valuable qualities of human nature, see the persistence of life, hope for life, the firmness of faith. Ordinary life, extraordinary life, when we grow old and look back on the way we came, if you can have no regrets about what you did yesterday, then you have had a very successful life.

When Happyness Knocks The Pursuit of Happyness

The Pursuit of Happyness is an American film directed by Gabriel Muccino and starring Will Smith. The film is based on the true story of Chris Gardner, a black American investment expert, and tells the inspiring story of a down-on-his-luck businessman on the verge of bankruptcy and his wife leaving his family, who works hard to fulfill his responsibilities as a single parent, rises to become a stock market trader, and finally becomes a well-known financial investor. The film was nominated for a 2007 Academy Award for Best Actor.

For his son to have a normal school environment, he smells blood, he runs several streets to find a homeless man - the man snatches the medical equipment that can only give him a few meals, he and a group of children who have just graduated in the same starting line to compete for an internship But in front of his children, he will always be the most top-notch dad, even if embarrassed to spend the night in the subway station, he still wants to play the game of dodging dinosaurs with his children, and children also understand so well that they never bother him, but become the motivation for him to get up again every time he falls.

Happiness, we do want to enjoy the moment of tenderness it brings. When we struggle to find happiness, perhaps we have missed many moments of original happiness. When we go through all the trouble to get the so-called happiness, we realize that happiness turns out to be very simple, so simple that you can't feel its existence.

Heal you: when you find that life has no meaning, so that you have to live even more strongly, you have to let yourself see that live a meaningful day. Let us look for that only light in the darkness, let us see the direction to go at the crossroads of life, this film inspiration, perseverance, choice, and responsibility are very profoundly shown in front of us, sometimes the greatness of the father is in the ordinary let us get the father's love is also that indispensable guarantee in life.

If you have a dream, you have to protect it.

People can't do something themselves, they wanna tell you can't do it.

If you want something, go get it.