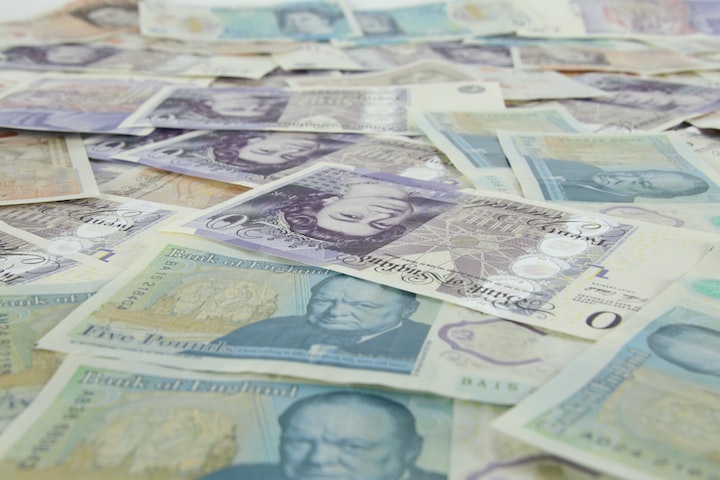 Photo by Christopher Bill on Unsplash

Some people say Mark Twain is a master of humor and he can satirize all kinds of things in society. I didn't believe it before, but after reading his million pounds, I couldn't help laughing.

A tramp drifting from London to England living with a million pounds a month, it was like prison gave him wealth, but the fear in his heart still lingered and could not go away. It was an indescribable taste of unpleasantness - was it surprise, joy, or teetering on the edge? Perhaps, everyone will have such an exciting mental activity.

After reading this novel, I couldn't help but marvel at the main character Henry, who became a real millionaire in just 30 days, with a large bill that didn't belong to him, and without spending any money. What was even more admirable to me was that when he received the unexpectedly large note, he did not lose his mind and did not get carried away. On the contrary, he was able to analyze and judge calmly to find out his situation. At the same time, he maintained an honest character in the face of great temptation. With his superb calligraphy, Mark Twain vividly shows us the extraordinary character of this master through the description of some details and the mental activities between life and death. In front of the dirty pear that can satisfy both appetite and hunger, Henry can still balance dignity and tenderness, and resist the body's thirst and survival instinct, instead of picking up the pear in the ditch. What strong fortitude is needed! I also feel sorry for those who try to please others, they only see the face of money, Henry and their behavior in front of huge bills is completely different. The ugliness and weaknesses of human nature are exposed. Yet, in the end, so many snobs become slaves and Henry becomes a truly rich man. Although this novel tells a story far from the real world, who knows what it would be like if it happened to us? Before Henry, no one else walked through the house of these two brothers? Why was Henry the only one who had this "pie in the sky"? Because he was honest and smart. When he saw the huge check, he didn't think about how to live with it for the rest of his life but wanted to go back and apologize to the two brothers and return it to them. In the following month, Henry fully demonstrated his wisdom. He made £200,000 with that million-pound check, returned it to the brothers as planned, and politely declined a good position that he hadn't expected. In the end, one of the two brothers became his father-in-law. Assuming Henry did not have an honest and kind heart, would he have gone from tramp to nominal millionaire and then to real millionaire? The answer is no. Henry was a poor man, but then he became a duke because he had a million pounds. Next, his life was full of hope again. When he walked into the restaurant hungry, the owner stared at him contemptuously. When the servants were ready to throw him out, he immediately took out a million pounds. The boss was shocked, froze for a moment, bowed respectfully and immediately, then smiled and sent Henry away When Henry walked into the clothing store, the salesman did not even look at him and ignored him. He was allowed to choose from the clothes discarded by the others. The owner also wanted the salesperson to do his best to get rid of him. When the boss saw the million pounds, he repeatedly scolded the salesperson: "Don't you know the millionaire, don't you have eyes!" So he hurriedly took Henry's measurements and ordered 48 suits for him, but when Henry entered the hotel, no one dared to approach him and stay away from Henry, and the shopkeeper tried to get rid of him. Henry took out millions of pounds and the others were stunned and immediately greeted him. This is the time when the dark society is crazy about money, but there are also such things happening in modern times, for example, college students love beauty, and not only college students, but even our elementary school students are also gold worshipers.

Whether this story is true or not, we don't need to investigate, but we learn a lot from it. Some people are busy, tired, and worried all their lives, but in the end, they have no money. Some people live a little poor but are happy. They rely on their own hands to create their stage. Compared with both, I prefer the latter. Money is a double-edged sword and a swamp. If you avoid it and go around it, you will not fall deeper and deeper and lose yourself.

Mark Twain focused on exposing the highest form of money worship in society at the time - money! had become the standard by which everything was measured! These episodes are very realistic and reflect the snobbery of people. I can't help but think that for money, some doctors can do unnecessary tests for their patients, give them unnecessary drugs, and make fake drugs more "real" than real ones! In the eyes of these doctors who have lost their medical ethics and humanity, money is more precious than life! I don't know how much worse this behavior is than the "million-pound" phenomenon! Recently, I saw a news report about a high school entrance exam student being replaced by an impostor. Because the father of the impostor was rich, he was able to have his child replaced by someone else. Not only were the scores replaced, but the names, identities, and accounts were also replaced. It was all replaced. For over a decade, the victim was forced to work outside of a black family because the black family was bullied while the other family could receive an education and a salary 。。。。。。

After reading this, I was enlightened.