by BIG NAP 4 months ago in fact or fiction

A story about Matsuri and Dwarf who sought to teach him a lesson. 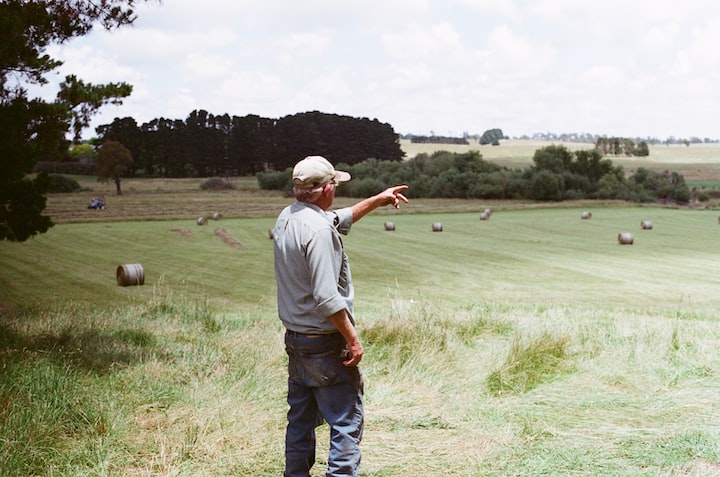 Photo by Bec Ritchie on Unsplash

Once upon a time, there was a rich and powerful man, he owned plots of farmlands, cows and an estate. His name is Matsuri. Matsuri is arrogant and greedy. He had many servants who worked on his farm, but he never compensates them appropriately. Matsuri acquired more wealth for himself through deceitful business activities.

He often gives out his farmlands for peasant farmers to plant their crops, whenever its time for harvest he would claim the ownership of it, and make the farmers pay for the right to harvest.

Eventually, the farmers would hardly have enough to feed their families or make a profit from the harvest. Whenever the farmers could not pay for the harvest, Matsuri would forcefully take away their children and make them work on his farmland until the debts are refunded.

Meanwhile, there was a Dwarf who lived 200 kilometres away from Matsuri. He is known for his wealth and vast knowledge about personalities, lifestyles and culture. He had travelled far north and south of the planet, garnering varieties of experience and learning new things. He acquired more knowledge by listening and learning from others and never did anything without planing it.

Soon, the news of Matsuri's deceitful business activities reached the Dwarf, and he decided to teach Matsuri a lifetime lesson.

He rode far east on his horse to Matsuri's residential area and settle in a big tent closer to Matsuri's estate.

Then he began to offer daily food to the servants and peasant farmers working on Matsuri's farmland. Each time he gave them food, he would add a gold coin.

Soon, Matsuri no longer had enough people working for him or seeking his help to use his farmland. Then he decided to find the secret to the Dwarf's wealth, as he was worried about losing his influence on his servants and the peasant farmers.

At twilight, Matsuri went over to the Dwarf's tent.

Good evening! The news of your generosity has spread throughout my neighbourhood. May I know the secret and source of the wealth you offered freely to everyone? Matsuri asked.

Oh Matsuri, I have no reservations in telling you the secret and source of my wealth. But, I will collect something in return for sharing such information with you. The Dwarf replied.

What shall I give you in return? Matsuri asked.

Give me your estate, then I shall tell you the secret and source of my wealth. The Dwarf replied with a smile.

Very well then, you can have it. But you must make me the wealthiest man in return, Matsuri replied in satisfaction.

Go home now, gather every gold coins you have and bring them to me. Then, I shall tell you what to do, the Dwarf said.

Matsuri went home immediately, gathered all his gold coins and brought them to the Dwarf.

The Dwarf took him to a cornfield, instructed him to dig up a shallow pit and bury his gold coins in it.

Then the Dwarf took some water from his water sprinkler and wet the spot in which the gold coins were buried.

He told Matsuri to go home and come back to check the pit the following morning, that by then his gold coins would have multiplied.

The following morning, Matsuri went and dug the pit. He was surprised to discover that his gold coins had indeed multiplied and he was joyful.

However, he began to think of how to get more.

So, he went back to the Dwarf and said, my gold coins have indeed multiplied. But now, I think I want more. How do I get more?

That is very simple Matsuri, all you have to do is get more gold coins and repeat the process. The Dwarf said.

You are right, I will go and get more gold coins, Matsuri said and left.

Matsuri went to every house in his neighbourhood, trying to borrow gold coins, but no one was willing to lend him.

So, he promised to give anyone who gives him gold coin a plot of land and a cow, then people began to give out their gold coins in exchange for his promise.

Senseless people, when I become the wealthiest man tomorrow, I shall buy back all my lands and cows, Matsuri thought to himself.

When Matsuri got to the Dwarf, the Dwarf asked him to inform his servants and everyone about the new status of his estate.

Then Matsuri took the Dwarf, and showed him to everyone, as the new owner of his estate.

Senseless Dwarf, when I become the wealthiest man tomorrow morning, I shall buy back my estate, Matsuri thought to himself.

Later that night, Matsuri went to bury all the gold coins he acquired.

The next morning, Matsuri went to the place he had buried his gold coins but met an empty pit. He was puzzled, then he ran to the Dwarf.

Oh, Dwarf, I went to the cornfield I had buried my gold coins, but I met an empty pit. What is going on? He asked.

Oh, Matsuri it means your gold coins failed to multiply. The other night, I went with a water sprinkler to wet the cornfield where your gold coins were buried. You must have forgotten to do that. Your gold coins have died of thirst, the Dwarf replied him.

Matsuri began to weep, he had lost all he had.

The Dwarf then packed all the gold coins he had collected from Matsuri and took it to the King.

The King decided to share all the gold coins with everyone, including the farmers and Matsuri's poorly treated servants.

Matsuri began to work hard and learnt to earn an honest living. Later, when the Dwarf discovered that Matsuri had indeed learnt his lessons, he gave him back his estate, and some gold coins to cultivate new farmland.

Since then, Matsuri became humble and never acquired wealth in a deceitful way.

We created each new episode to help you rest and find sleep. Join BIG NAP!

See all posts by BIG NAP →