In front of life, love seems so fragile, and we are so helpless. 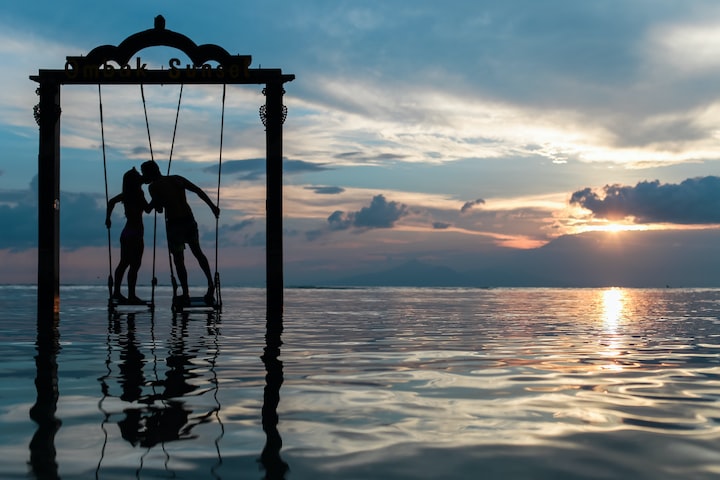 Photo by Azrul Aziz on Unsplash

In front of life, love seems so fragile, and we are so helpless.

I was happy to have planned with my boyfriend to go on a trip once the Dragon Boat Festival was over. But it was hard to splash a pot of cold water. It's not that the travel plan went down the drain, but just after the tour, we have to be in different places.

A month is not very long, itself even if there is nothing can not do often together, after all, are very busy. I have to work part-time in the summer, to take classes, and he is also, preparing for graduate school, which has time to be together often. As long as you are still in a place, as long as it is not far away, wanting to meet is a very easy thing, as long as there is time, even if only an hour, you can see a relief of longing, but long distance can not be.

It's the option that people prefer when they can make a choice," he said. For example, now," he took my hand and shook it: "Now that we are together, you can choose not to see me if you don't want to, and you can see me whenever you want to, but it's not the same when you're long distance." Probably at that time he knew it, long distance, sudden but expected, he said: "When the time comes, want to see can not see."

Yes, how should the long-distance torment the past? We can not see each other, and even no time to call can only wait for the thoughts of the day-by-day superposition, as the power of 2 secondaries that function image, the deeper the worry.

The two love if it is a long time, and not in the morning and evening?

I don't care about the day and night.

A day without seeing is like three years apart. How can I bear the depth of this longing?

But when the day came, no, not yet, I already felt the anxiety. All the preparations can only abate self-persuasion, but not completely solve it, all the preparations seem so pale and powerless. When the feeling of powerlessness swept through my body, how can I pretend that nothing is wrong?

Some things really can't be understood without experiencing them, and as a bystander, the words are always easy to say and take for granted. I heard a friend say she and her boyfriend had been talking for several years but wanted to break up because her boyfriend was a firefighter and had no time to spend with her, and also many times I saw many people online saying their partner did not have time to spend with them, or long distance or whatever, so they broke up, I would think, since you chose so yourself, then you should be prepared for the psychological, ah, and then think how they how the will is not firm, but Waiting for my upcoming long distance when I realized that is not the case.

I finally understood why it was said that the choice was the answer people preferred. When the real long-distance comes, the care across the area can only ever be illusory, the embrace of the partner, and the soothing of the partner, can not be materially reached. There is nothing but words to express concern for each other, but what can words bring? That sense of unreality, that insecurity of not being around, grows with time, including suspicion. There is not strong enough psychological, and how can bear the pressure of long distance, and now how many people have such a mental capacity?

Fast food love, flash marriage, the temptation of the outside world plus the alienation of foreign places and even foreign countries, the lack of substantial communication, no wordless physical contact, no eye contact communication, no tacit understanding, and distance is a major obstacle in the relationship can not be ignored. If you can't tolerate each other if you don't trust each other enough, how can the relationship move forward steadily? How many people's feelings die because they do not communicate, do not tolerate, do not grow, two people together are still so fragile, not to mention the uncertainty of distance and time.

The relationship needs to understand tolerance, the need for effective communication, for a month of long-distance, to return to him again, will have a small goodbye than a sense of joy, the appropriate distance to the friction between the two people increased space, to be reunited, probably we can become more intimate and joyful.