How Can We Ever Say Sorry To Michael Jackson?

by Gal Mux 5 months ago in celebrities

For all the hurt we caused him 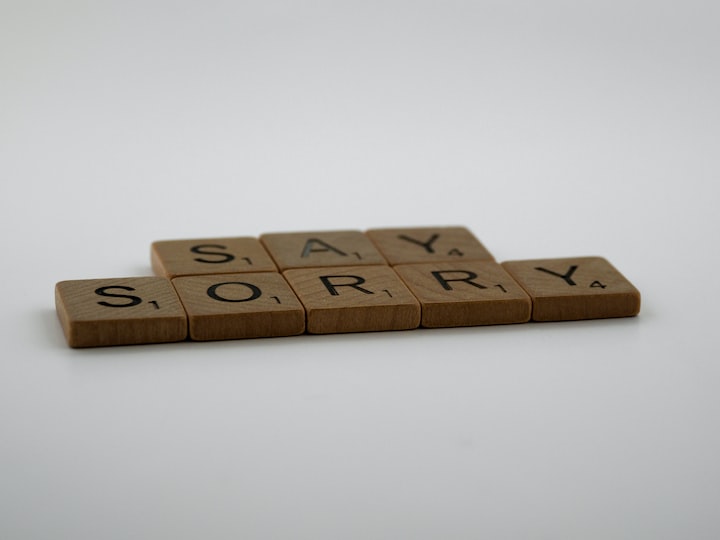 But also, has there ever been such a globally humiliated man?

Michael Jackson reached the highest pinnacles of fame possible for any human being. Any level of fame that he reached, he had wanted it! Carefully calculated it.

A star since the age of five, he got bigger and bigger through the decades. News stories were about how great he was, how talented, how electrifying, how amazing… Until he got too big!

What goes up must come down, right?

They build you up just to tear you down, don’t they?

And that is where the negative stories started. If they have already exhausted all the wonderful stories about you, what else can they say? There must be a market for the what ifs…

Even though some of the controversial stories about Jackson are reported to have originated from his camp, the press — particulary the tabloid press ran with it creating their own sensational stories looking to sell papers to the ever curious public about this super talented and elusive superstar.

The lies were rehashed so much they became the truth. Tell a lie often enough and it becomes the truth they say.

Michael Jackson became a global joke. A laughing stock. His talent, success, work and inspirations were sidelined paving way for the crazy narrative.

That is probably why a lot of us growing up believed in these lies. They were the only angle whose supply you could get consistently. And because he didn’t deny the lies as they came refusing to bring more attention to them, he left the public to run with whatever information they got.

He bleached his skin, he wasn’t proud of being black, he slept in a hyperbaric chamber to counter his normal aging, he is gay, his children are not his… among other piles of hogwash that I do not wish to get into.

It is through believing these crazy lies and the constant perpetuation of them that the world could not see through the extortion schemes when Jackson was falsely accused of child molestation twice!

The argument was, if he is that crazy, he surely must be guilty.

Peter pan or pervert? Was one of the ‘what if’ headlines.

Because his peter pan tendencies were not well understood by the general public, they leaned to the explanations given to them that they could best understand. If he is hanging around young boys, it must be a sexual thing. After all, even though every average Joe has nostalgic feelings towards the bliss of their childhoods, no one wants to hover around it playing childish games the way Jackson did.

But almost every average Joe had a childhood. They didn’t spend their childhood constantly surrounded by adults,working hard dead into the night, horning their talent and making millions for corporations in the process.

Posthumously, accusers have come up with stories clearly motivated by money attempting to cash in on the attention the name Michael Jackson brings. These accusations have already been thrown out of court several times.

Calls to mute Jackson have also failed terribly in the 2020 climate. Fans and the public alike seem to see through it all. With tools of communication more widespread, those with a counter option have better access to audiences that are open to receive it.

Videos of him as a teen and as a young adult are what better reveals to me what he was all about. So sweet and gentle. Radiating vulnerability. Self conscious and insecure. In my estimation, it’s probably when he could begin to comprehend what he had lost.

His daughter Paris while reflecting on her father in a 2012 interview referred to him as a dove. At his memorial three years earlier, she called him

‘the best father you could ever imagine’.

“He was a great entertainer but even better as a person.” Omer Bhatti , Michael Jackson’s adopted son, mentee and friend revealed.

His message was love. Heal the world he preached. He donated over $300 million to charity in his lifetime, in his will leaving 20% of his posthumous earnings to charity. Son Prince shared that his father would have wanted to be remembered more as a humanitarian than as the global unparalleled superstar he was.

He gave away so much. But what did we do to him?

We stripped him naked, lashed him, humiliated him, strapped a heavy cross to his back, abandoned him, ignoring his pleas for mercy and eventually nailed him to a cross.

We made fun of a man with a disability. His skin was losing its pigmentation making him endure painful procedures to control it, but as the world, we found ways to turn it into a joke with others finding ways to make millions out of it.

He had gotten hurt while trying to entertain, suffered burns that made him gradually lose his hair and we found his hair pieces a fascinating joke.

To deal with the pain that came of this and other accidents while on the job, he unfortunately became reliant on pain medication and that again made him a poster child for junkies in the judgemental eyes of many.

Yes he had some work done on his face. He was in the public eye. We expected him to look good. His socialization had also involved him having an image before he knew himself. Imagine being told who you are, the roles you will play to attract the attention of the public — roles that change with the times to keep the attention of this public all before you are mature enough to figure yourself out?

It is suggested that he had body dismorphia.

He was hurting and we made fun of his hurt.

If you were lucky enough to capture a shot of a picture of his children, it could buy you a house.

Even on his last day, emaciated and almost lifeless, as he was taking his last breaths instead of summoning the empathy, the compassion and humanity needed for the situation, a paparazzo saw it as an opportunity to make money capturing an evocative image of Jackson laid on an ambulance stretcher fighting for his life.

Eleven years after his death, images of his lifeless body still find their way on the covers of tabloids still looking to cash in. Not caring about and showing zero respect to the feelings of his family, his children, his fans and his loved ones who might come across those heartbreaking images.

He got so big that some humans were completely blurred from seeing his human form.

We can blame misinformation from the media for our ignorance then. But now that advances in communication have empowered us with the resources to seek the real truth from those that know it, where is our empathy now?

Jackson navigated through all these difficulties with dignity and strength. He continued to break boundaries, to inspire and to be great.

He told friend Brett Ratner in 2003, “Some of the greatest men that have made a mark on this world were treated like that. ‘You not gonna do it.’ You not gonna get anywhere.’ They laughed at the Wright brothers, they laughed at Thomas Edison, they laughed at Walt Disney. They made jokes about Henry Ford. They said he was ignorant, he didn’t have a college degree cause he dropped out of school. Disney dropped out of school. They even took Ford to court, to prove his intelligence. That’s how far they went. These are the men that changed our culture, our customs, the way we live, the way we do things.”

It is reassuring to know that he knew all this. That his level of fame and fortune was going to attract that kind of attention.

But still possessing a human heart we know he must have hurt deeply.

"I’m a strong person. I’m a warrior and I know what is inside of me. I’m a fighter, but it’s very painful at the end of the day." He said during his 2005 trial.

I do agree he wasn’t perfect. A grown man should under no circumstance however famous, innocent or child-like share a bed with unrelated children. It might set a bad precedence and could be used as an excuse for those with sinister agendas.

And when confronted about it, he should not attempt to justify an action that he knows many will not understand as it will bring more controversy and is what is typically referred to as self sabotage.

Was his life all sadness?

No. He was massively talented. Through sheer hard work and determination he reached pinnacles many of us cannot even fathom. He had the opportunity to travel the world eight times over experiencing different cultures, meeting kings, queens and dignitaries, accumulating tremendous wealth, power and influence in the process.

He had the love of his mother, his father, brothers and sisters. The gift and unconditional love of his three beautiful children. The unwavering love, support, adulation and adoration of millions of fans from all over the world.

He was a king. His kingdom far reaching than most. He was worshipped all over and for the most part respected by foes. He was accepted everywhere he went regardless of age, colour, race or creed impacting the world in a way the majority never will.

His intention was to live forever. Quoting Michelangelo in many instances.

“I know the creator will go but his work survives. That is why to escape death, I attempt to bind my soul to my work.”

Michael Jackson wrapped his soul into his music immortalising himself in his art.

He left his good deeds inspiring his children who have courageously picked up the mantle.

A message held high by a fan read outside the Santa Barbara court room in 2005 where Jackson spent close to five months in a court case for alleged child molestation. A case which he was found not guilty on all counts.

We cannot take back all the hurt and pain we caused him in his lifetime.

We cannot give a father back to his three children and we cannot fulfill all his unaccomplished dreams.

But we can heed to his message, we can heal the world beginning with ourselves. We can look at the man in the mirror, take care of our planet. Fight injustice, help those in need, prioritise on the world’s children and learn to never cause so much pain to an innocent person ever again.

And most importantly we can amplify his voice. Listen to his music, share it within our communities. Introduce it to our children and make sure it lives on forever. Because that way his message containing the love, beauty, magic and wonderment he believed in, and tackling all the causes he cared for can go on. And that is what he would have wanted.

And maybe, just maybe we can begin to say sorry to Michael Jackson for all the hurt we caused him. After all the love he shared, and the joy, the excitement, the magic and wonderment he left us.