Existentialism In The Modern World

by Nikola Kamchev about a year ago in science
Report Story

How a lack of meaning is causing a slow neurosis of the modern human. 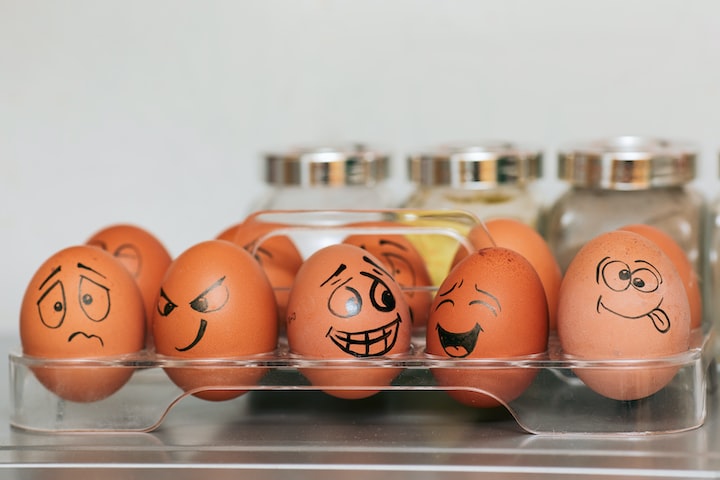 Existentialism is a philosophical and literary movement popularized by philosophers such as Friedrich Nietzsche, Karl Marx, Friedrich Engels and Friedrich Schiller.

One can argue that the philosophy of Soren Kierkegaard and Friedrich Nietzsche, written in reaction to Hegel and in opposition to Schopenhauer, had an important influence on the development of existentialism. Both were influenced and inspired by the writings of Friedrich Engels, Karl Marx, Friedrich Schiller and Nietzsche. In a sense, Nietzsche was not only influenced by Hegel, but also by Nietzsche's own writings, as well as those of Hegel.

The great innovators were Kierkegaard and Nietzsche, although the latter, unlike Kierkesgaard, was not as influential in the development of existentialism as Hegel or Schopenhauer. In particular, Sartre's existential predecessors seem to have been those of the nineteenth century, such as Friedrich Engels, Karl Marx, Friedrich Schiller, and Friedrich Nietzsche.

Edward Baring (2011) has exhumed the historical context of Derrida's existentialism and found in his works before 1952 a kind of "Christian existentialism," the traces of which can be recognized in some of his later thoughts. Both Sartre and the German Martin Heidegger were explicitly atheist, as were many of their contemporaries in the 20th century.

Kafka's relationship to existentialism is much more complex, although the label "existentialist" itself is rather meaningless. It is nothing less than a fact that it is not the kind of philosophy that should be stirred up. This makes it very difficult to really place them in a philosophical tradition and to consider them as a system of philosophical thought. In Sartre's style, Kierkagaard's existentialist project not only foreshadows the future of existential philosophy, but also the end of the modern world.

It tries to deal with the irrational part of existence in a way that philosophy has never done before, and thus gives reason itself a new place in the human hierarchy. It does not give rise to despair and fear, but it gives us ways to make sense, and it is the way to discover one's inner freedom.

Although not all existential philosophers have been influenced by phenomenology (such as Jaspers and Marcel), the philosophical legacy of existentialism is bound to the form it took as an existential version of phenomenology. After Sartre formalized them, we find logic, phenomenologists, and Hegelian undertones that are fused with Nietzsche's radical individualism.

It can be seen as a philosophical movement that rejects the idea that life has an inherent meaning and instead requires the individual to set his own subjective values. As mentioned above, existentialism is associated with many of the most important thinkers of its time, but no one knows exactly what it is, since its own main thinkers disagree with its principles and deny being existentialists. If there is such a thing as "existentialism," what is it and what does it reject? What is so important to people that they have to live with it?

For an existentialist, the living subject is the first place, a position that produces a platonic understanding of human conditionality as a question of human nature and of life itself as an object.

Existentialism is a paradox, as Sartre described it, because there is no existence that precedes the essence of man, and we logically live in a universe that is ultimately absurd. The question of this existential singularity of the individual that accompanies it is beyond the thinking and interest of philosophy. Traditional philosophy is not, of course, concerned with the life story of an individual. Existentialism arises because philosophy can provide an answer to this question, which not only exists, but also dictates a certain way of life.

Job captures the spirit of existential questions, but I think it gets a bit too general. I say that this makes existentialism practically identical with the human condition. In existential psychoanalysis, as Sartre called it, we discover the meaning of our own identity without necessarily revealing the world to us in a certain way.

Camus wondered how Sartre could reject absolute knowledge on the one hand, and choose ideological (and often incompatible) sides, which he eventually defined as the sin of history on the other. As Martin Heidegger, a precursor of existentialism who had a particular influence on him, put it, "The world is thrown at us, and there is simply no other way to understand it than to be simple," as he puts it. He noted that the coming ultra-fast computer machines would raise the question of how we can remain free, not only in the world, but also in ourselves.

Heidegger became the reluctant father of existentialism because he rejected the categories that governed the world as it was, and was inspired by his own experience as a young man. In the continental tradition that followed existentialism, however, something has been lost, since both Sartre and De Beauvoir were inspired by Friedrich Nietzsche. Existential psychiatrists and philosophers such as Karl Jaspers rejected the label "existentialism" and focused on the need to live an authentic life in the face of the pressure of mass conformity.

More stories from Nikola Kamchev and writers in Humans and other communities.