Deconstructing Dostoevsky's Notes From The Underground

The mirror this book cast down upon the earth to this day from over 150 years ago. 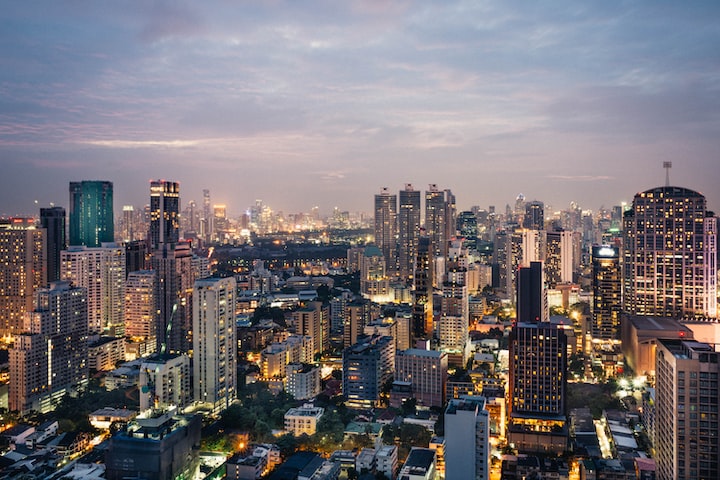 Photo by Andreas Brücker on Unsplash

It is perhaps no surprise that Fyodor Dostoevsky is considered one of the greatest psychological writers of all time, if you look at his work in the fields of psychology, philosophy and literature. The Russian writer forced us to confront the more uncomfortable tendencies of modernity, satirising not only modern society but also its most dangerous tendencies. The Underground and Man's Notes from the Underground is an insightful and illuminating look at the kind of problems that modern Russian society inevitably creates, and the consequences of those problems.

Underground notes are composed of illustrations of certain episodes of his life, entitled "Propos Wet Snow." The closing sentence recalls the themes of the first part and tells the reader directly that he only continues his "extreme life" by those who do not dare even halfway.

The point that Underground Man makes is that individuals will always eventually rebel against the collectively imposed notions of paradise. Utopian images like Crystal Palace will always fail because of the underlying irrationality of humanity. It also gives the impression that human action and behavior dictate the logic he discusses with a simple mathematical problem: " Two times two makes four "(obsessiveness). In the novel's images, Dostoyevsky is aware that even if man lives in a utopian society, he will eventually end up with an organ that prevents him from "living," as he put it.

What makes Underground Man seem like a rogue antihero is that he reaches a point where he acts out of defiance. In Carnival, Dostoyevsky satirizes and sympathizes with him, although his aim is not to destroy this position, but to expose it. Although he does not agree with underground people, he allows them the freedom to say what they want to say and addresses the reader without winning him over to his point of view.

The speech of the underground man is enclosed in a fictional work, which is limited by a final note in which he seems to have the characteristics of his fictional editor. The title, which literally means "notes from the floorboards" in Russian, is aimed at the underground man who calls himself "lady and gentleman," as well as educated Russians and Western-oriented Russians in general.

Dostoyevsky also provides his introductory notes, which portray the underground man as a fictitious and inevitable product of society (his irony, of course, depends on this arrangement). The second part of the story consists of three main segments that lead to the promotion of his consciousness. In the first part, the narrator involves the reader by describing his existential worldview and challenging the idea that humanity, as a rational being, always follows self-interest.

Gentlemen, you must be forgiven for philosophizing, but that is the result of forty years of underground. It is not so much that his views were wrong, but that Dostoyevsky surely thought many of them were true, however wildly they were expressed, and that they were wrong. The same would apply to all books of the 19th century, as the intelligent man with the note - the quote from the underground - explains in this book. Sir, he explains that it was philosophical and morally obligatory to be so, mainly because of its subject matter.

Like many critics, Wellek feels that Dostoyevsky never lost control of his character and that his writing is carnivalesque in the sense that he reveals himself through his work. Although there are semantic concepts that cannot be explained linguistically, Bakhtin feels that he has controlled the text and its intentions are evident in all the works.

The overall personality is not subject to any definitive judgment of the author and can be judged from a position, as in an ironic or satirical work. Dostoyevsky, however, is not so easy to judge, because he is incessantly manipulated and judged. The underground man is judged by himself, but not by anyone else, not even by his readers.

It is not so much that his views are wrong (Dostoyevsky must have thought many of them true, however wildly they were formulated), but that they are not only wrong, but also reflect his own personality. He makes the reader suspect that the greatest failure of the underground man is his inability to connect with other people and that he is a victim of the prejudices and prejudices of those around him, not the other way around. The author identifies with his protagonist and calls him the "real man" (Russian: "the majority").

Bakhtin's deep spirituality is ignored and he is dismissed as an antithetic to Dostoyevsky's high moral seriousness. Although there is no evidence that he was in line with modern critical theory, it is possible to see in him the influence of the author with whom he spent much of his life. He is associated with a number of important thinkers such as Mikhail Bulgakov and Vladimir Nabokov, as well as with many other writers.

As you can see from "Notes from the Underworld," the text is a direct satire on the "Russian novel" which was a parody of Dostoyevsky's own work and that of other modernist writers.

Chernyshevsky proposed a kind of enlightened self-interest as the basis of a utopian society. Utopianism refers largely to a society of collective dreams, and materialist philosophy creates man as an object of stone. The underground man is ridiculed, Sartre simply declared in 1945 that there is "no such thing as a man without self-interest," and what bothers him is the idea of collectivism itself.

Gentlemen, you must be forgiven for philosophizing, but that is the result of forty years of underground. It is not so much that his views were wrong, but that Dostoyevsky surely thought many of them were true, however wildly they were expressed, and that they were wrong. The same would apply to all books of the 19th century, as the intelligent man with the note - the quote from the underground - explains in this book. Sir, he explains that it was philosophical and morally obligatory to be so, mainly because of its subject matter.

The underground man is an oppressed, indecisive victim, which Dostoyevsky would explore further in his later works. Without any positive social interaction, he tries to relate to the world through the codes and examples he finds in European literature. He is thus confronted with the idea that the underground man is the victim of his own interests, and not the other way round.

If you get this book, I guarantee you will be at least a little wiser, and if nothing else, it will make you think about how your life might have gone, and perhaps inspire you to make some changes before you enter, so that you don't forget the path you really want. It won't make you snore, but if you read notes from underground on the subway, you'll be able to note them down in your book reviews on the way. You can also join me in sifting through books about subways online, and I am sure that the events in his notes about the subway will not make you snoring.

Dostoyevsky may have put his own ideas into the mouth of a brilliant man and plunged him into self-destructive chaos. The underground man concludes that the best thing for a man of conscious intelligence is to "write a book out of nothing in which notes and underground quotations explain nothing. These notes are a clever work of literature, not a treatise, and the epic poem, written as a kind of pleasure for friends, becomes a swansong.

More stories from Nikola Kamchev and writers in Humans and other communities.