7 Qualities You Don't Need to Be a 'Real Man'

#BoyPower for all men in the 21st century 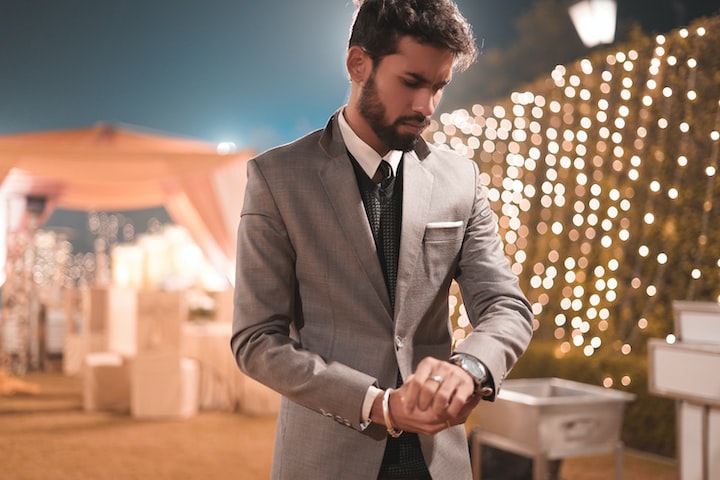 Photo by Yogendra Singh on Unsplash

The patriarchy hasn’t been exactly kind to men. This might be a controversial thing to say given all the privileges they’ve had for centuries at the expense of women, but nothing is ever black-and-white.

A world run by men doesn’t necessarily have to make everything easy for them. In the dating sphere, there are actually plenty of preconceptions and ridiculous expectations of what “a manly man” has to look like.

Shame and judgement targeted at men have found their way into a patriarchal society, and all it does is to keep re-enforcing toxicity, both masculine and feminine. Men are regularly shamed and laughed at for not being “real men” if they’re missing some of the following qualities.

Well, I’m here to tell you that you don’t need them to be manly. You’re a man, in your own sense of the word, and honestly, if there’s something absolutely hot about men, it’s when they’re confident in who they are.

I’m all for #GirlPower and feminism. Men deserve their own form of self-confidence boost too, though. Complaining about toxic masculinity is fair enough, but we need more — we need to boost it with supporting healthy masculinity.

You definitely don’t need to have these qualities to be a “real man.”

You don’t need to be tall

My boyfriend is shorter than me. I’ve never doubted his masculinity just because I’m bigger. He’s a man, a great one at that, and height is not going to change that.

Lots of women want to date a taller guy because they feel insecure about their own femininity — am I fragile enough? Skinny enough? Elegant enough? When they stand next to a man who’s shorter, their femininity feels threatened — and that’s, ladies and gentlemen, toxic femininity through and through.

Women’s insecurities are, of course, caused by patriarchy. The system built by our predecessors is the villain here, not us. Let’s not give in to it. A woman doesn’t need a taller man to feel elegant and womanly. A man’s masculinity isn’t determined by having a bigger body size than his female counterpart.

You don’t need to be strong

We’ve been brought up to think that men had to be strong all the time, both physically and emotionally, to be seen as proper men.

Well, in my humble opinion, it’s bullshit. The only thing this does is putting pressure on men, making them retreat into themselves emotionally and forcing them to show off or get into fights.

That’s a hell of a lot of pressure. Men hold back in the emotional sphere and go out of their way to prove their worth in the physical one. The emotions have to go somewhere, though. They build inside of you, time and again. They eat at you. They make you distant, secluded, lonely.

Did you know that men are over twice as likely to commit suicide worldwide than women? I’m not an expert by any means, but the way we force men to enter this weird state of an emotional limbo since they’re born might have something to do with it. They’re much more hesitant to ask for help.

A man who cries is a strong man because he knows his tears aren’t shameful — they’re honest. And being authentic is one of the greatest kinds of strength.

You don’t need to be a sex god

Just like we raise women to be chaste and ashamed of their bodies, we raise men to feel like their sex life is a symbol of their social status.

I once dated a guy who felt very insecure because he was a virgin before he met me, and I wasn’t. He felt threatened by my sexual experience and he was scared he wouldn’t compare to my past lovers. In the meanwhile, I didn’t even think about that. I just liked sleeping with him. It was great.

It’s okay to be a virgin. It’s okay to not know things and it’s okay to ask for advice. Communication is key. Sex is about learning things about each other and connecting on a deeper level, not about delivering the best performance so she can praise you to heavens to every single one of her friends.

An inexperienced man is manly too.

You don’t need to be straight

It seems like lots of people ignore this, though. They automatically assume that your sexual orientation determines your gender, usually in stereotypical ways that can be really harmful to the queer person involved.

I’ll never forget how my classmate wanted to be friends with my best friend — she thought that because he was gay, she could go shopping with him like in the movies.

Not cool. She put my friend in a box that could fit her fantasy of an ideal movie world, and then she was sad he didn’t fit that view because he wasn’t feminine enough. He didn’t care about shopping with her. Until recently, he didn’t even know that eyebrow brushes were a real thing. He’s a complex being, and I don’t think of him as “my gay friend.” He’s much more than that.

Just because some men like to sleep with other men, it doesn’t mean they’re not actually men. Really, this whole idea contradicts itself because gay men sleep with gay men precisely because they’re men and not women.

You can be feminine, of course. You can also be manly. Or somewhere in between. The fact that you’re not straight doesn’t automatically make you less of a man.

You don't need to be the main breadwinner

In the 21st century, this point is quite self-explanatory. There are usually two parents working jobs nowadays. If your wife earns more than you, good for her and good for your bank accounts.

Marriage, or any relationship for that matter, shouldn’t be about competing with each other for who earns more or who’s higher on the social ladder. There are more important things to focus on, like living a happy life with the person you love.

You don’t need to be ripped

Body-shaming applies to men as well as women. They’re also insecure, even if they talk about it less or don’t show it as much as a result of my point about strength.

Men can be insecure about their tummies, their penis size, their body hair or how muscular they are. Movies usually only show us men with the perfect six-pack and body hair on the most perfect places, which affects how men in front of the TV view themselves.

It’s absolutely fine to have an imperfect body. You can have a hairy back or a messy beard. You don’t need to be super ripped to be desirable. Trust me, I’ve never dated a guy with a six-pack and I’ve been doing just fine.

You don’t need to be smarter than your female counterpart

If there’s something I find hot, it’s when a man respects that he lacks knowledge in some areas. I love it when men admit that their female counterparts might know more about some topics, and they’re completely fine with it.

Being a man doesn’t mean knowing everything about everything there is. Be confident in what you do know and be willing to learn from others, especially women.

If you don’t understand IT or physics or politics, you’re still a man. And you should be proud of the areas where your strengths truly lie.

In order to dismantle the patriarchy, we can’t just hate on men and their privileges. We should be sympathetic to their cause and the struggles they go through because not only does that open up space for them to empathise with women in return, but it also nudges men in a direction that exchanges toxic masculinity for healthy confidence.

The best cure for the patriarchy might be that men finally learn to fall in love with manliness in the best possible way.

Discover more of my work: https://linktr.ee/clumsylinguist

See all posts by Kate Feathers →