Who else still has their first set of Coke bottles? 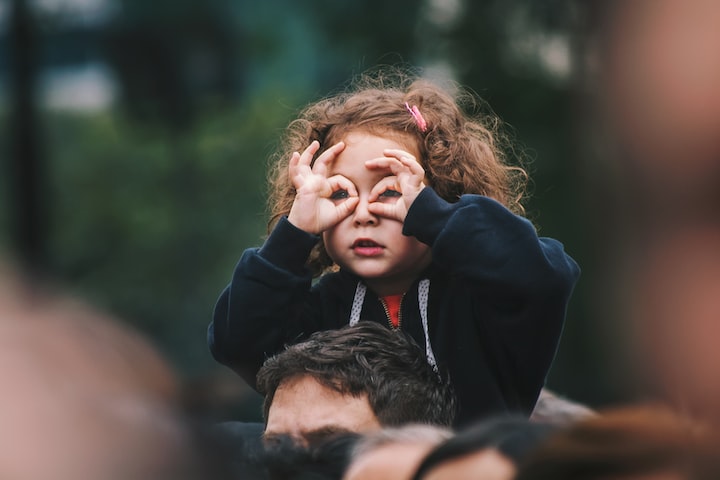 Photo by Edi Libedinsky on Unsplash

After a quick eye test at my pre-school when I was three years old, my parents were advised to take me to the eye doctor. Now, at the young age of three, I had started showing some subtle signs of my bad vision. First, I sat incredibly close to the TV. this continued after I got glasses as well, but mainly from habit and the comfort of doing so. Next, I was pretty clumsy, but that's not entirely unusual for a toddler, and honestly, my family is pretty clumsy.

After a professional eye exam, my parents and the doctors were stunned. I had a +12 prescription. + prescriptions refer to farsightedness, which is rarer than nearsightedness. Beyond that, a high plus prescription is significant and among one of the least common eye prescriptions.

Along with this, I had a bad astigmatism and lazy eye. Over the next few years, I'd undergo therapeutic treatment to strengthen my lazy eye, essentially physical therapy for the eye muscles. I had to wear an eye patch for a few hours every day and if it didn't work, I would have to undergo surgery to correct it.

While I did not have to have surgery and my prescription seemingly improved over time, I still have a high prescription for someone in their twenties. Since I have worn glasses and been to more eye doctor appointments than many people in their sixties have, I think I'm quite the expert in what it is like to grow up as a glasses wearer. Here are 5 things no one tells you about growing up with glasses.

#1: People Will Automatically Think You're Smart

There is a sociological concept that shows how the way a child or adolescent is perceived by adults is more likely to mold the child into such a person. For example, when you grow up wearing glasses, most people assume you are smart. It does not matter if you truly are or not, but you likely will become smarter as you go through school, simply because others, especially your teachers believe you will be.

#2: It's Not A Coincidence That Glasses Coincide With Nerdiness And Lack Of Self Confidence

This concept can also work negatively. For example, if you have to wear glasses people will likely perceive you as nerdy and potentially less attractive. I was constantly asked when I would get contacts. Contacts didn't even exist for my prescription until I was 13. By then, it was too late and they were so heavy that even my optician mother could not help me get them in.

It took me a long time to feel like I was beautiful or attractive. A lifetime of being told "You'd look better without glasses" and "I love talking to you, but I don't find you attractive" takes it's toll on a young mind.

Did you get past Harry Potter?

Yeah, exactly. There's a lack of representation of characters, especially women and girls, who wear glasses. And those that do are often side characters, nerdy, the butt of jokes, or only considered pretty after a makeover where she loses the glasses.

While this is starting to get better, it definitely is still a problem for kids who cannot simply survive a night without their glasses. Halloween costumes can feel "ruined" and, again, it can put a damper on a kid's self-esteem.

#4: Learning To Do Makeup Is Difficult

Obviously, not every young girl wants to do makeup. Additionally, some with prescriptions other than mine may not have as much of an issue as I did. While I was initially overwhelmed by makeup, I did try. I made many of the expected mistakes, but I also became frustrated because I could not see well enough to know what my makeup looked like until after I put my glasses back on.

After years of only wearing makeup occasionally, getting within centimeters of mirrors, finding optimal lighting, and training my eyes to pick up unblended streaks of foundation, I can now do a decent beat. But, it took until around the time I was twenty to fully feel confident in my makeup abilities.

#5: Learning How To Pick Out The Right Glasses Is Imperative

I lucked out here because my mom became an optician when I was fairly young and this helped me always have fashionable glasses. I was able to try on various styles and types to find out what I liked and what suited my skin tone and face shape best.

Of course, not everyone has this privilege. Some have little to no choice in their glasses due to their insurance or lack of it. But, if you or your child can pick out your glasses and take pride in loving and looking their best in their glasses, this will help boost their confidence.

I also find it quite fun.

More stories from Alisan Keesee and writers in Humans and other communities.