11 Books Every White Person Should Read To Check Their Privilege

by Alisan Keesee about a month ago in literature 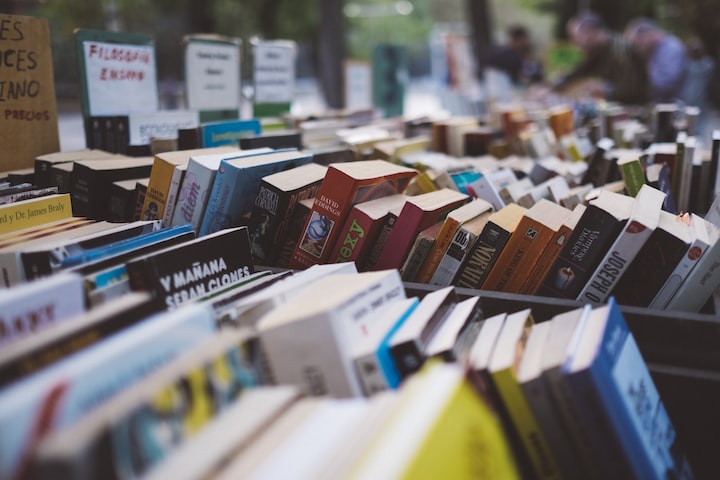 Photo by freddie marriage on Unsplash

As a white person, I am only familiar with the experience of myself and people like me (I am also probably not the best person to write this article, but books have been valuable in my own education and I want to share just a few). The only way to learn about other's experiences is to ask and listen to them and through media. As an avid reader, I like to pick up books about and written by writers of color and their experiences. Obviously, most of these are works of fiction, but as creative writing major, I know that fiction is often a window into the truth and one's emotions.

Here are 11 books that will call out your privilege and educate you on the experience of being non-white.

This is the obvious one. This 2017 YA novel follows Starr Carter after the murder of her friend by a police officer. Having witnessed the shooting, Starr finds herself under pressure from competing sources: the public, her community, her police officer uncle, her trauma, and what she feels is right.

This is one of my favorite YA books of all time and is critically acclaimed for a reason.

One of the books assigned to me in my African-American literature class, this book makes you feel vastly uncomfortable, but that is entirely the point. Written by notable African-American author Richard Wright, "Native Son" follows Bigger Thomas before and after he accidentally kills a well-off young white woman. This book is hard to swallow, but once I finished it, it quickly became one of my favorite books and one I believe that it is important for all people to read.

Maxine Hong Kingston's "China Men" takes her own experience and that of her father and conflates them with broader Chinese American experiences. The novel is often confusing and hard to keep track of, but it is poetic and representative of the different experiences Chinese American men had coming to and in the United States. It is a book that makes you question the history you were taught and see how easily it was manipulated.

4. "The Poisonwood Bible" by Barbara Kingsolver

This is the only book on this list that focuses on white characters and is written by a white woman. The only reason I include "The Poisonwood Bible" on this list is because it deals with how religion was used as an excuse to colonize Africa (and other parts of the world) and brings perspective to white saviorism, privilege, and colonization in Africa.

"Citizen" by Claudia Rankine is a collection of lyric poetry that focuses on the black experience and specifically with the black woman's experience in America. It delves into the vilification (and redemption) of Serena Williams and the young black men killed by police. It is a book that is at times hard to read and might give you a stomachache, but you will leave the book wholly more informed.

6. "Born a Crime: Stories from a South African Childhood" by Trevor Noah

An autobiography of Trevor Noah's experience with apartheid (and growing up post-apartheid) in South Africa. With a white father and a black mother, Noah's existence was in itself a crime and focuses on the influence his mother had on his life. From a US perspective, we know apartheid happened, but we don't necessarily have access to or seek out these narratives and I think it's important to learn about racism in a non-United States perspective as well.

7. "Gardens in the Dunes" by Leslie Marmon Silko

"Gardens in the Dunes" by Leslie Marmon Silko details the experiences of many Native Americans being forced into government-run schools with the intention of assimilating them and destroying their culture and the push and pull Indigo, the main character, feels between her culture and the white culture she is told to embrace.

8. "The Love and Lies of Rukhsana Ali" by Sabrina Khan

This follows a South Asian, Muslim teenager who also happens to be LGBT, but can't come out to her family. This book looks at the experience of being LGBT and a person of color and how it is harder than the white LGBT experience. This is a place were representation is often lacking (many LGBT novels follow white characters), so narratives of LGBT people of color are important to remind ourselves that being a person of color complicates every aspect of life.

9. "The Color Purple" by Alice Walker

"The Color Purple" by Alice Walker is classic that you were probably forced to read in school. However, I think it deserves a re-read in adulthood. It continues to be a challenged book and is definitely a difficult book to read. But, it is a book that is raw and real and doesn't shy away from reality.

10. "The Silence and the Roar" by Nihad Sirees

"The Silence and the Roar" is a refugee story, but is vague about the main character's country of origin and places a lens of dystopia and absurdity to the narrative, Written by a Syrian refugee, this novel is ever important in the current times and deals with themes of silencing of the media, which we see in many countries around the world, even our own.

11. "Dear Ijeawele, or a Feminist Manifesto in Fifteen Suggestions" by Chimamanda Ngozi Adichie

Chimamanda Ngozi Adichie is a must read writer, in general, but her book "Dear Ijeawele, or a Feminist Manifesto in Fifteen Suggestions" was originally an email response to a friend about how to raise her daughter as a feminist. However, at 62 pages, the response soon was published in a book format. It reads personally and intimately (as you would expect from an email to a friend), but deals with feminist issues and ideals, especially with how they relate to Nigeria. She also warns of non-intersectional feminism and talks about the nonsense of gender roles. Overall, a great read.

While this article could go on, I think there is value in also seeking out books yourself. There are books out there that suit all reading preferences and can teach you something about the lives of people of color, you just have to willing to look for them.

Originally published on Odyssey Online on May 7, 2019.

More stories from Alisan Keesee and writers in Humans and other communities.