by Something Complicated 18 days ago in pop culture 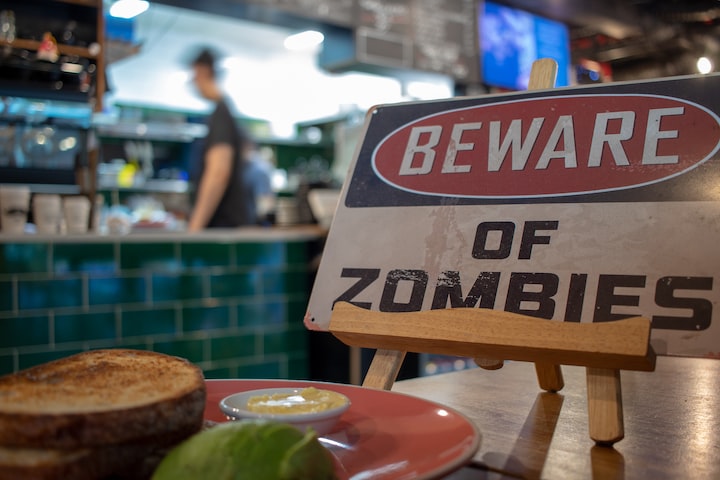 Photo by Chris Hall on Unsplash

The term zombie comes from Haitian folklore, and a zombie is usually a dead body that has been reanimated by various methods, in most cases, magic is used. In modern times a resurrected dead body is often referred to as a zombie, but does not necessarily have to be resurrected using magic, zombies are most commonly found in the genres of horror and fantasy.

The Oxford English Dictionary lists the origin of the word as West African and compares it to the related word zombi, zombie first appeared in the dictionary in 1903, and is defined as a corpse revived by witchcraft. The English word zombie found fame in the 19th century when Robert Southey published his book, History of Brazil. It was one of the first books to reveal to the world western culture, and illustrated the concept of voodoo, necromancy and zombies, the book goes into these details to a much greater extent than any other book on the subject available at the time.

Zombies are generally presented as a threat to human life and not just an undead person. A popular concept is a brain eating zombie. Zombie movies where rare in cinemas at first, even though lots of books and stories had existed for a long time, however when zombie themed movies did make it to the big screen they became hugely popular and are now a staple of modern horror movies.

Zombies exist to provide vivid and provocative illustrations. Movie zombies seem particularly scary as storytellers often make them violent and with a taste for human flesh, making them even more scary.

Most TV and movie zombie scenarios have a common theme, the resuscitated body of the dead comes to life after an animal bite or shady operation and the story goes on in its own direction, Hollywood offers us a lot of variety, however the typical Hollywood zombie movie is all about the zombie eating human flesh and chasing the living.

There is some evidence that doctors tried reviving bodies in pre-modern times and this is what inspired the zombie myth, unlike the many other monsters of our imaginations, that have mostly been the product of superstition, religion, or fear, zombies may have come to life by actual events, or more realistically, exaggerations of real events. The Haitian voodoo culture has reported several confirmed cases of zombies, and zombies have been depicted in Haitian rural folklore throughout history.

The Haitian tradition also includes the belief that zombies are part of the human soul. Although zombies remain a myth in real life, there are many gore-hounds and zombie fans who obsess over the idea of the undead, and as a result, zombies have become an unstoppable force in the entertainment industry.

There are many people that think it is possible that zombies do exist in the world, or it is at least theoretically possible. In general zombies lack free will and just act on instinct. There is also a small group of zombie apocalypse experts, these experts believe they need to prepared for a zombie apocalypse, so when the zombie apocalypse hits and everyone that is not prepared is freaking out, the experts will be able to remain calm and be able to help the world recover, most of these experts say that they are prepared to create a new world order and have stored emergency food and medical supplies.

Although zombies throughout history have always been a threat or danger to human life, modern stories are increasingly portraying zombies as friends or love interests, the zombie archetype has been humanised and romanticised. This modern style relationship with zombies can be interpreted as a metaphor for sexual liberation and breaking taboos, with the zombie as a symbol of sexual freedom and the man or woman breaking from the shackles of traditional gender roles.