by Something Complicated 19 days ago in health 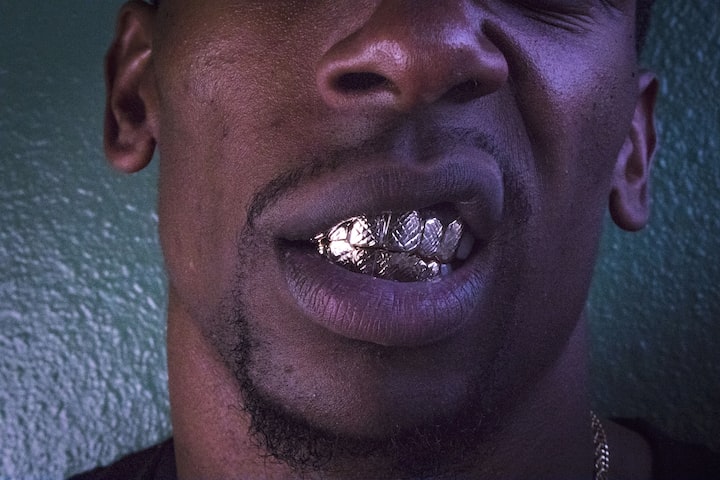 Photo by LexScope on Unsplash

It is well known around the world that Americans are more concerned about the health of their teeth than any other part of the body.

Studies have shown that blackened teeth last longer than unpainted teeth, even after death, and that makes sense as blackened teeth are protected by the lacquer, however white teeth are often perceived as more beautiful.

There is a long history of blackening teeth originally starting as a religious practice and a way to protect teeth then eventually as a fashion. The lack of dentistry expertise in ancient Japan meant teeth would decay or develop cavities, the common practice at the time to prevent or repair this was for the teeth to be painted and sealed.

A beautiful smile will solve all your problems in life. In many cultures, the aesthetic appearance of the teeth are important, but healthy teeth and gums generally have nothing to do with the appearance.

Teeth can be blackened in various ways, the most common way is using a mixture of sake and iron and dyes, then painting the teeth individually.

Blackened teeth are also seen in other countries, such as the USA, Canada, Australia, New Zealand and South Africa. In China, you can even see blackened teeth, which have been varnished by the use of metal toothpicks. You don't often see black teeth Asia and the Middle East.

Blackened teeth are very different from tooth stains, sometimes teeth can develop ugly dark spots in various places that become visible when you open your mouth wide, this is usual, however blackened teeth is a cosmetic dentistry for fashion, health or religious reasons.

Blackened teeth need maintaining, to maintain tooth blackness, people regularly chew betel and have their teeth repainted from time to time. The teeth generally need repainting every few years to keep them black.

With the increasing availability of oral health, teeth blackening has gone out of fashion in Japan, but it practiced by some smaller groups of people and is still rather popular in other countries such as China, India, and South Africa.

If you look closely at blackened teeth, you can see that they do not really blacken, they are more of a rusty colour, this is due to the dyes used in making the lacquer, and varies each time a lacquer is made. The matte appearance of blackened teeth occurs overtime and is caused by the demineralisation of the lacquer, which occurs when the lacquer gradually dissolves due to the acid in food and beverages.

To get make the blackened teeth shiny again, usually people eat betel nuts, or have go through the staining process again. Those who have blackened out their teeth at a younger age generally preserve their teeth and keep them longer. Research has shown that varnished teeth last a longer period of time than untreated teeth.

In some countries such as the UK and the USA, there are holidays and themed parties, that people go to in fancy dress. As a part of the fancy dress people may choose to blacken their teeth temporarily using eyeliner or liquid paints such as hennas, this temporary blackening does not offer the same health benefits as permanent blackening and should not be confused with any religious practice.

It’s worth noting here that National Dental Brushing Day encourages people to brush their teeth every day for two minutes to maintain good dental hygiene habits, especially during holiday celebrations where you may consume more sugary food and drinks.