by Mariam Naeem 6 months ago in fiction 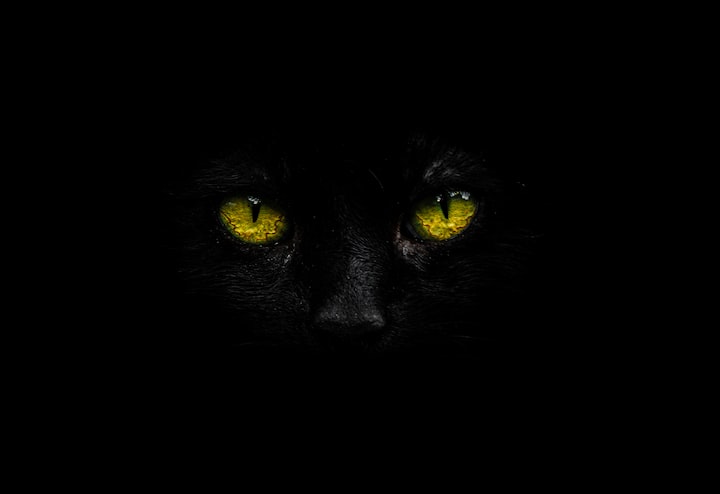 Photo by Akin on Unsplash

Everybody was turning, one by one. The masses were scared. The town folk could be seen going into the town's Reverence Hall, clutching their soul spheres in their shaking hands. I followed them in, curious. I ignored the screaming around me, the confusion, as everybody swarmed like hornets being stirred up.

When I stepped into the Reverence Hall, there were rows of little desks by which one person could have a seat on the floor, atop a small and comfortable-looking cushion. The desks looked almost like mini writing stands. Not all those seats were full but the ones that were had people praying to the gods for salvation, their soul spheres resting on small pedestals in front of each person. Many were crying, terrified they would be next. The ones whose prayers were heard successfully were obvious to see, as their soul spheres lit up with a brilliant white light from within, touched by the gods.

For one poor person it was already too late. Praying hadn't helped. His sphere hadn't lit up. There was a seizure first, then complete stillness. His features changed. His eyes opened suddenly, then turned yellow and bloodshot. Fingernails grew to become dirty, ragged claws. Fangs erupted and his breathing turned heavy as the bloodlust took over. But he could not attack within the Hall. Some strange magic about the building kept violence from ravaging it and the people within. His compulsion for blood took over, he ran in a crazed frenzy and made it for the doors, running out to look for flesh to tear into.

On the opposite end of the spectrum, one whose successful communication with the gods found herself disappearing. It started with her fingers turning translucent followed by the rest of the body. Eventually, her almost invisible form rose into the air and disappeared altogether. She had avoided the unfortunate fate that had befallen the poor man. The gods had been kind to her.

I didn't understand why this happened or why it happened once every two years. It always fell on the same day, the first day of Midwinter. Nobody stood a chance of survival against those people who turned into monsters, unless they hid well. Monsters that craved human flesh and tore into it with gusto. Every two years, around thirty people would turn. There was no logic or reason behind this, save the fact that it was every two years. The significance of the date eluded me, as I had tried to find out why this particular town suffered this fate.

Five years I had been here. I had witnessed this twice now. This second time being much easier than the first. The Prepared had helped me. That was what the townsfolk were called who had created a system of eradication for these monsters. A sort of 'capture and kill' service they brought back every two years. As I stood in the Hall, making notes about the transformation I had witnessed, about the successful communication with the gods and the 'freeing' from this fate, I couldn't help but think how this had come to be.

The History Holder in the Reverence Hall was a book, one that held all the stories of the townsfolk of the past, a detailed telling of their own versions of what they endured in the town. This curse that seemed to be upon them seemed to have no particular beginning. None that could be identified. The prayers with the gods over the years hadn't revealed anything about the truth of the matter, about why, or how it all started. No, prayers only chose a select few to Ascend. The rest, well they seemed to be left to fend for themselves, either to turn into those hideous beasts or to run and hide and pray until it was all over, hoping they wouldn't be the ones to transform. And this had been happening for the last few hundred years. The book was added to every year, holding the town's secrets and truths, legends and vocalisations of what they believed to be their burden.

Was it a sick punishment the gods had bestowed on this town? The minute I had stepped into the town, I had felt the charged atmosphere. People were paranoid. Wherever they went, they took their soul spheres. I had no idea why it was called so, but I've been unsuccessful thus far in being able to touch or hold one, so dearly do the people cling to their spheres, almost as if afraid to be parted with it.

I was broken out of thought by a deep shuddering growl behind me. I could feel the rumble of it in my chest as I turned slowly, my pen and paper, dropping from my hands to the floor, the pen landing with a small thud that seemed to stir the beast in front of me into action. It lunged. I squealed and held my arms up in front of my face as though to shield myself, but nothing. There was a deep humming reverberating through the Hall, as an unseen force seemed to stop the creature from landing on me. I looked over my arms, horrified, staring at the snarling screwed-up face that once belonged to a member of this community. The eyes were wide and only seemed to grow wider in fear as the humming grew louder until the beast could no longer stand it, wailing as blood rushed from it's eyes and ears before it fell to the ground, dead.

The Hall had power. A power to take. A power to give. A power to save. And a power to sacrifice. It had saved me. Me. My breathing was shallow and quick as I could feel small beads of sweat trickling down the back of my neck, my fear visible as I was still struggling to compose myself. Write it, the thought struck. I bent to the ground slowly, the humming had stopped and the Hall was filled now with total silence. No more praying. No more feet stampeding through to try and pray. No screaming inside or outside. Everything was deadly silent as I picked up the pen and paper I had dropped.

Looking around, I saw a sea of calm. People were picking up their soul spheres from the tables, brilliant clear jewels and pocketing them as they walked out, idly chatting to one another. There was no more panic. Why? I looked down at the beast that lay in front of me and watched as he seemed to melt into the grey stone floor, disappearing. Nobody was shocked. Nobody cried. Write it, my mind screamed.

So I found the nearest table and I wrote. I wrote of what I had seen, what I had felt. I wrote of people's reactions before, during and after. I wrote about how I was afraid to set foot outside the Hall, unsure of what lay beyond those doors. Was it carnage? Was it all fine? I do not know what compelled me to come to this town, or what had compelled me to tell it's story.

I'm still unravelling the mysteries behind the Reverence Hall, behind the curse, behind the people. I want to know what it is that makes this a 'normal' occurrence. I can't stop until I know. This town, where they suffer The Transforming. So I will continue to unravel, to search and to write until I know what these people have had to deal with all these years.

Receive stories by Mariam Naeem in your feed
Mariam Naeem
Read next: The Ballad of Mr. Nobody #1