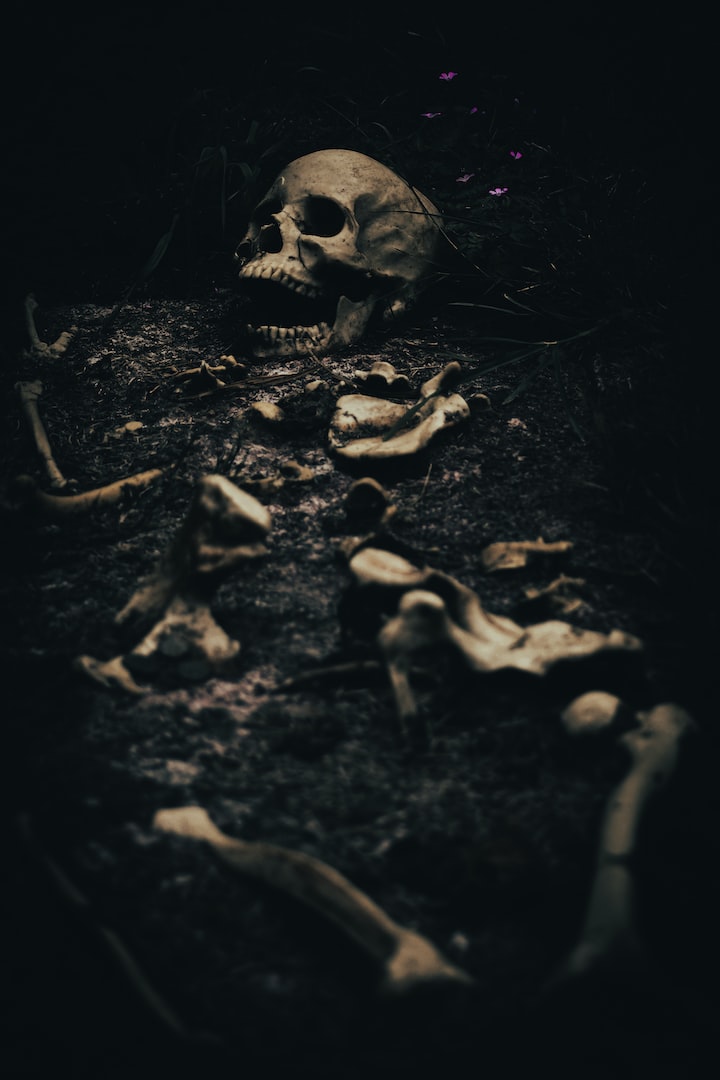 Photo by Jon Butterworth on Unsplash

We moved into this 3 apartment home in the summer of 2006. The house seemed old. In the first floor lived a married couple with a cat. In the second floor lived an elderly couple also with a cat. The third floor was my family's apartment.

I was around 14 when we moved there. I had to share a room with my older sister who was 19 at the time. My brother got his own room, he was 17 at the time. My room had a little door that was the entrance to a crawled pace. When we first moved in there was a bed and old men’s clothes as well as little kids toys and coloring paper.

We put all that stuff in the trash. The first few weeks went by normally. One night at around 2am I was awaken by the sound of little nails stuck on the floor carpet. It sounded like a cat scratching the floor. I woke my sister and she also heard the sound. We thought it was mice or a small animal in our room but when we turned on the lights on there was nothing there and the sound just stopped.

Thinking it was a mouse we called my brother to inspect our room but he found nothing. We just went back to bed that night. The sound continued almost every night after that. There were no mice droppings and was unlikely that there would be mice with two cats in the house. I was always the first to be home from school.

I was usually always alone at home for at least 3 hours till my brother would get home. One day I went home as usual went straight to my room to put my stuff down. I turned the stereo on to hear some music. I set the volume to a normal level and went to the kitchen to make a snack. About 10 minutes later the volume of the stereo suddenly turned all the way up. I started yelling at my brother to stop messing around but didn’t hear a reply. I went to my room furious at him but found nobody there.

The stereo volume was at its maxim volume and no one was home to have turned it up. I lowered the volume thinking the stereo must be broken or something. I went back to the kitchen and seconds later the same thing happened I ran back to the room determine to find my brother and yell at him but no one was there. 15 minutes later I saw my brother through the window getting off his bus just getting home. When I told my sister about what had happen we turn the stereo on and listen to music for about 4 hrs without any problem.

By this time I was terrified about being home alone. About a week passed from the stereo incident. I came home from school as normal went to my room and laid on my bed. Near my bedroom door was my sisters Ashton drake collection doll. She had bought it recently and was life sided she was 35 in tall. She said she was adorable and she wanted her so she could make clothes for her. We put her behind the door.

My room door always stayed open and the doll was always hidden behind it. Which was a good thing since she was creepy looking to me. That day when I was laying in bed the doll suddenly fell closing the door. I thought nothing of it and stood up to pick the doll up. I set her in her same spot and open the door again as soon as I laid down again the doll fell down again.

This time I was sort of scared. I stood up and put the doll in her same spot again only this time I angled her so that there was so way she could fall again. I re open the door and went back to the bed as soon as a sat down in the bed the doll fell again closing the door for the third time. I as so freaked out that I just waited outside till my brother got home.

The scratching noise never stopped and the volume of the stereo sometimes mysteriously would turn up. I was very happy the day we moved out of that old house. don't know if it was a ghost but it was the weirdest things to have ever happen to me.

More stories from Sid Mark and writers in Horror and other communities.