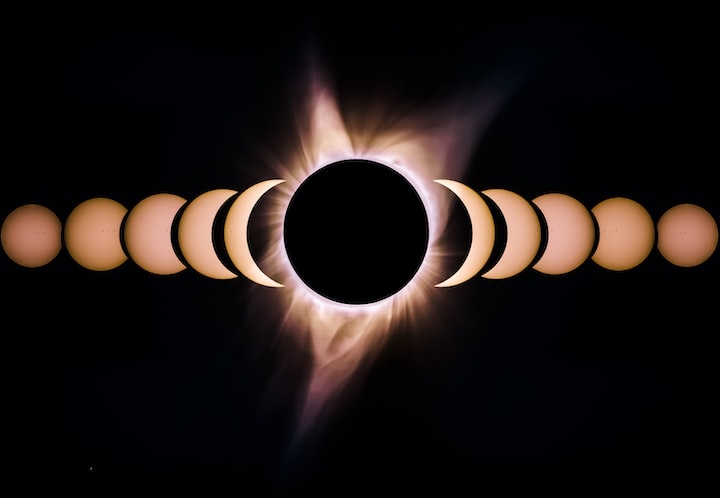 Photo by Bryan Goff on Unsplash

When you came to me, John, I heard your screams. Thick plumes of vapor condensing against a clear visor like frost. Screams that years ago thrashed your voice, now but an echo in your mind. Your eyes wild, scream loudest of all; thick with anger, betrayal, and despair. Sanity long since seeped from your mind like viscous sap. Your shouts placated only by the humdrum of liquid state hydrogen and oxygen injecting into kerosene. The hiss and whine of engines and gears numbing your senses. In this den of snakes you are held captive by the very mechanisms designed to support you.

This duality is not lost on me. It is poetic really, John.

The crushing closeness of infinite space. Buried alive for all to see. A vessel designed for return, never to fulfill its purpose. You are a granule of sand hopelessly drifting in a sea that is forever far and forever black.

I see you there in your sarcophagus. Hands and ankles bound in nylon straps, feet locked into a vibratory damping skid, thorax girded tightly, and head bound on either side.

Your veins are tapped with wires and sensors. Vitals monitored and refreshed on a 30Hz frequency band. Anti-aliasing has been corrupted, the screen below the pod window flickering with subdued intermittent static. Its decay of function complimentary to your own.

Saline and other fluids flow through tubes out of reach into your instrumented arms. These ensure the content quality of your blood is sufficient to keep your heart beating. A larger tube stretches across a manifold where tiny legs on hinged prongs reach into your spinal column. These spidered extensions swivel and turn and depress with your thrashing. The engineering is rather robust, designed to prevent damage while supporting the longevity of its host.

Your finger nails have grown long over the years of drifting. I see the marks of insanity cut into the palms of your hands like rats in a hot bowl clawing desperately at flesh. You understand this metaphor, don’t you, John? Your muscles have started to atrophy and red worn scars cling to the straps and clasps that hold you in place. Your hair is long and thin, falling over your empty eyes like fresh blood splattered on a wall. Behind the breezeless shadow of hair are mumbling lips dried, chewed, and scabbed.

Lights flash periodically from below. An LED burning out, an exterior light dying, a thrust module misfiring, a circuit board shorting, perception slipping in and out of madness and numbness.

But there you lie, strapped to a table in a tomb with no door, unable to discern up and down from forward and backward.

You are lucky I found you, John, truly. If Murphy hadn’t miscalculated the ecliptic coordinates you would have found a quick end in some off orbit red star. But his anxious mind gave way to ragged breaths and unsteady hands. The bleeding cut above his brow where you struck him clouded his cognition. And so he strapped you into this pod, not much bigger than a coffin, with no sleep agent and no respite. He sent you off to me through the error of a decimal. Such a marginal error of simple orbital mechanics, accelerating around that inconceivably dense star instead of into it. You have been alone drifting through deep space since the star last disappeared from your sight beyond the murky haze of your hollow panicked gasps. You must have been traveling rather fast to have made it to me, this far away. But speed and velocity are lost when there is no gauge of reference. Only stillness. And blackness.

You understand what this pain feels like now, don’t you John? Not your parting gift to Murphy. No, the blow will heal easily. Skin grafted over skin as cells heal and reform in imperfect cross-sections. It is rather basic science.

No, the pain of suffocating inescapable malignant sagacity.

See, you wouldn’t have lunged at Murphy if you hadn’t felt the effects of the SR-9 serum coursing through your body like a syrupy venom, slowing your heart rate and making your legs like lead, as you’ve seen done so many times before. And Murphy wouldn’t have emptied the serum into your drink that morning if you hadn’t left his brother Conrad to die in the OuterFields as you made your hasty escape. And you wouldn’t have needed to put a bullet hole in his leg to slow down the Reavers if the information Conrad gave you was good. And the information would have been good if you’d heeded the advice of the Imperium’s informant. But you doubted the informant, believing he had crossed you. So you punctured his side with a small knife and locked him in a vacuum seal without a suit to watch his body adjust to the pressure-less void of space like an unraveling ball of red yarn.

Distrust grows in you like an unfettered rage, John. A seed planted by the scarred knuckles of your father and the manipulative words of your mother. I watched you from the beginning while you clawed your way through the rathole dumpheap of Vespar’s lowlands. I watched you harden like a collapsed dying star. You were just a boy seeking to understand the wrongs done to him. To find value and worth. You are still just a boy, though more capable, more violent, more malevolent, more machiavellian. Perfect for molding.

I will make you something more for you see, John, we are all stuck in a tomb of sorts.

But soon we shall be free.

Spellbound, can't move, be back in a few.

More stories from Tony Galbier and writers in Horror and other communities.