Terror of the Desert

Beware the evil within 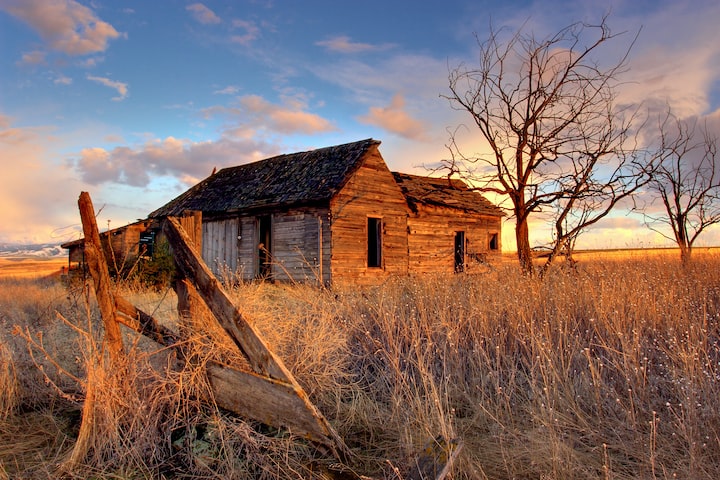 People have described him as an asshole, but he’s never concerned himself with what others think. To him, the world is just littered with self-righteous do-gooders, so it really doesn’t matter how he is. Except with her – he'd do anything for her. His girlfriend is a strong-willed woman with a fiery personality who knows just how to meet him head-on. Unfortunately, they’re currently separated by a desert while she cares for some family in Phoenix. He has plans to visit her this weekend, but decides to surprise her by coming out a day early. He’s a few hours from the city still when he spots a rundown shack, presumably selling flowers from the looks of it.

His lady has gotten into gardening recently, so he thought, “what the heck, guess I could bring her a gift.” He pulls over and almost as soon as he steps out, a warm breeze blows the red hue dust over his impeccably polished shoes. He scowls at the expansive desert. He does not like getting dirty, so he wants to make this quick. He approaches the tables of flowers and almost from the shadows appears an old woman. She has covered herself from head to toe in old, tattered clothes to protect herself from the scorching sun. Only her dark, well-weathered face is showing. In stark contrast to the rest of this woman is a large turquoise pendant hanging from a long chain around her neck. “Just another native peddling to travelers,” he thinks to himself. At least it isn’t beads this time.

"Please sir, have some marigolds. It will be a nice surprise for her!" She peers up at him from the little slits she has for eyes and flashes a gummy grin.

He recoils a bit, both from her face and from her eerily accurate assessment. He thinks, though, why else would a guy pull over to the side of the road to look at flowers if it’s not for a woman? He dismisses her comment out of hand, but something at the back of his mind wonders if she knew more about him than she should. He averts his attention to the flowers – marigolds did she say? He bets his girlfriend would like these yellow and orange tufts of pedals. Before long, the old woman started getting pushy, handing him different bundles of flowers. She dismisses his overt lack of interest at every turn. While he wants to pick out a gift, he’s still pretty cheap and is leaning more towards the smaller stuff.

He picks up one of the single flowers and that’s when the smell hits him – a musky, pungent scent that reminds him of his hot boxing days. “Oh god – gross” he drops the retched flower and steps back. “Nevermind, old woman,” he waves her off as he retreats back to his vehicle. Before fully turning around, he notices a look of despair on her wrinkled face, but doesn’t care. Poor old woman or not, he doesn’t owe her anything. Besides, the next sap who pulls over will surely buy something.

Pulling onto the road, he speeds away, but something in his rear view catches his eye. The woman could barely move before, but she somehow managed to follow him 20 yards from her shack and was now standing in the middle of the road. Just staring in his direction. It was creepy, to say the least. Not that it would ruin his day, though. It's a 4-hour drive to his girlfriend’s place, so he figures he should arrive around 10:00 p.m. He’ll pick something else up for her once he’s in city limits.

About 20 miles outside of town and well past dark, his car starts to sputter. “What the hell,” he mutters. He just had it serviced two weeks ago, so there was absolutely no reason for this to be happening. Quickly becoming enraged, he slams a hand onto his steering wheel. He was so close to town. Like that the final straw or something, the engine knocks real hard a few times and dies. He coasts off to the shoulder, stops, and throws on his hazard lights. Of course, he’s in a dead zone and can’t call for help. He’s moderately handy with cars, so he pops the hood to take a look. Not trying to get too into it since he still had on that day’s work attire, he carefully leans over the grill to shine a light from his phone over the engine.

Suddenly, there’s a rustling sound coming from the ditch nearby. It startles him because it's just a baren desert out here. Although, with the sun down, the local wildlife is surely more active this time of day. A minute later and he hears more rustling but on the other side of the road now. “Okay, that's enough of that,” he says to what – the cayotes? He scrambles back into his car, but forgets to close the hood. He might not have enough signal for a call, but he wonders if a text could get through. He starts drafting a message to his girlfriend.

Something disturbs the light casted onto the road from his headlights. He can’t get a full view of the terrain in front of him with the hood up, but when he glances through the crack, he could swear he sees someone run by. He opens the door just enough to stick his head out to confront whoever it is, but he is alone. He is positive that he saw someone, though, or something. His nerves start to swell. A breeze kicks up and with it, a familiar stink. A little on edge, he isn’t able to place the smell so he just locks the doors and continues his text. He’s interrupted again by a thud somewhere behind his car this time. In his rear-view mirror, between the blinks of his hazard lights, he sees a dark grotesque figure.

It appears human, but it'd be impossible to convince himself that were true. It stood stock-still, but poised to move any second. Its long, gangly arms taper down to bony, claw-like fingers and its legs bent at a disgusting angle a quarter of the way up, indicating a hock bone like that of a dog’s. His blood ran cold when he focused on its face. Razor sharp carnassial teeth protruded threateningly from a narrow muzzle. Sharper still were its intelligent eyes, fixated solely on his own through the mirror. To his horror, it vanishes.

He’s never panicked so much in his life. He cranks the key and tries to will his car to start. The screeching sound of claws against metal fills his head. He frantically kicks the gas pedal and jumps up and down in his seat trying to get the damn thing to start. By some miracle, his car sputters to a start and he burns rubber. As much as he doesn’t want to, he has to lean out the side window to see ahead of him since his hood was still up. At 50 miles an hour, he hears loud footsteps running behind his car. The beast is matching his speed.

He alternates between looking ahead and keeping an eye on whatever the hell is chasing him. Suddenly, a second one appears from the darkness in front of him. He doesn’t have time to dodge it. He swerves sharply and rolls his car into the ditch. With adrenaline coursing through him, he quickly comes to and attempts to climb out. No, no, no, no! His door is stuck shut. Unsure whether he’s safer sealed up inside or not, he reaches for the glove box to retrieve a knife he keeps in there. Just outside, one of the creatures stalks up to his car. Oh. His hood closed during the tumble but one of the headlights busted. It looks taller and thinner than the first one. Every godforsaken step brings it terrifyingly closer to him until it stands over his over. It then that he noticed a glowing blue pendant hanging from its neck.

The creature effortlessly rips the door clean off and reaches long, bony fingers into the cab to grab around his throat. In a desperate attempt to flee, he swipes his blade across its arm, but is no match when the second one catches up. They drag him kicking and screaming into the depths of darkness. His phone glows from the passenger seat – A call from his girlfriend about the unfinished text she received.

More stories from Ashley Gomez and writers in Horror and other communities.