by Flagler Danzig 2 months ago in halloween
Report Story 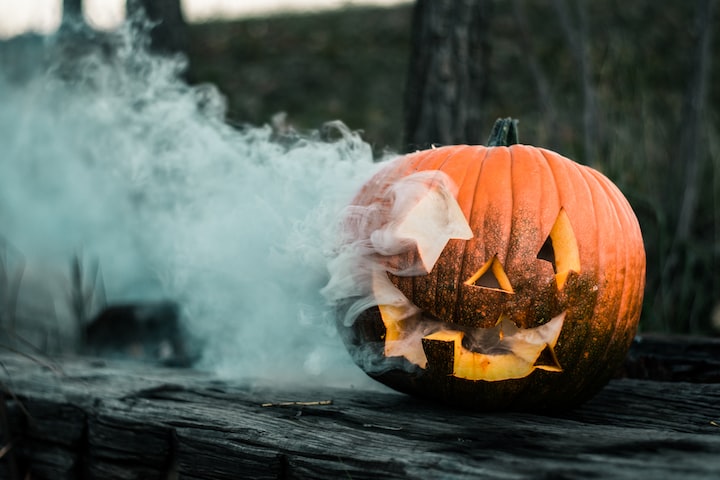 Photo by Colton Sturgeon on Unsplash

I still remember the day of October 31, the Western ghost festival - Halloween. I am an atheist, not a fan of such holidays, but occasionally look at horror novels to stimulate the nerves. Legend has it that on this day, all the evil spirits will return to earth from the underworld. But I never knew or believed that such a holiday legend as Halloween would also be fulfilled in China, but it really happened to me, so I could not believe it anymore. That day I came home from school after the evening study, it was very late and I was very tired. There are two ways to go home, one is a big road, the lights are bright and better, the disadvantage is that it is farther around, so I usually take the small road. There is a small road from the foot of the mountain, the road is darker and not good, but closer. When walking I also had a moment of hesitation: today is different from the usual ah, but, forget it, anyway, usually walk, and have not encountered anything, I am an atheist, I am afraid of what. At nine o'clock at night, the grass on both sides of the path is dark, and a lonely grave at the foot of the mountain, the usual tidal wave of movie plots into the mind, I tried to hold them back, but those images are becoming clearer and clearer. Think about something else, I think my friend told me a story about his family in the countryside when planting a half-rotten dead man dug up, about a river in front of the door, in the middle of the night a woman was standing on the river singing. Mom, what a mess this is. A cool wind blew me a shiver. Although I am a boy, walking up is also frightening. Suddenly, one of the graves on the side of the road moved, I thought I was blind, rubbed my eyes and then looked carefully, and found that there was a hand sticking out of the bag of dirt, I was cold in my heart, and then look elsewhere, and found that there are things in other graves crawling out, some have revealed half their bodies, and then by the miserable moonlight, it was clear that it was a dead man, staggering The dead man was staggering towards me. What a joke! Suddenly remembered that this day is Halloween, I sucked in a breath of cold air, wanted to turn and run, but just turned around, found that behind some time stood a "person", spitting white tongue, you can smell a stench, the face of the corpse insects even hanging out of the eyes, cold hands have grabbed my arm, clutching tightly, long nails seem to be embedded in the Long nails seem to be embedded in my flesh, my brain "buzz" a loud sound, a full kick and fight, and then scattered legs to escape. I do not know how long I ran, finally ran on the road, looking back behind me, the group of things do not seem to catch up. I was shocked by the weak street light, look at the raw arm, which has been strangled with a blood mark, and finally, I ran all the way home from the main road while running to look back. I live in a rental house shared with a classmate, arrived home at more than noon, the classmate is not at home, and the house was decorated by him in a typical Western Halloween look. There was a pumpkin lamp on the table, and the light from the pumpkin lamp was green, so I don't know what the source of the light is. The darkness of the room looks extraordinarily eerie, I did not care too much, my classmate is always so strange, all day long, I like to do some strange things, such as playing the midnight ghost hunting game, I have also become accustomed to. I went into the bathroom and drew a basin of water, but suddenly I saw from the reflection of the water, from behind my shoulder, the green pumpkin lamp floated out, slowly stagnated above my head, the green fluorescence flickered, the bathroom lights "brushed" off, leaving only the green light, the eerie ghostly face, flickering, I rushed out the door like crazy, saw a white shadow floating outside the window ...... woke up again is the next day noon, classmates concerned sitting next to me, I sat up violently, he was frightened by me back a flash: "you two days is what ah, yesterday I saw you lying in the toilet, are vomiting I was scared to death." I grabbed his shoulders in shock and said, "I saw a ghost, your pumpkin lamp, and zombies ......" before I finished, the classmate said with a foggy face: "What are you talking about ah, I just got home in the early morning, were to come to the pumpkin The lamp? What zombies did you see? You are dreaming, right?" I was dumbfounded, looked around, and there was nothing. But everything from last night was so clear, and on the arm, there was a bright red blood mark.