You're a Millennial If You Remember . . .

Quick list of the things you tried to forget. 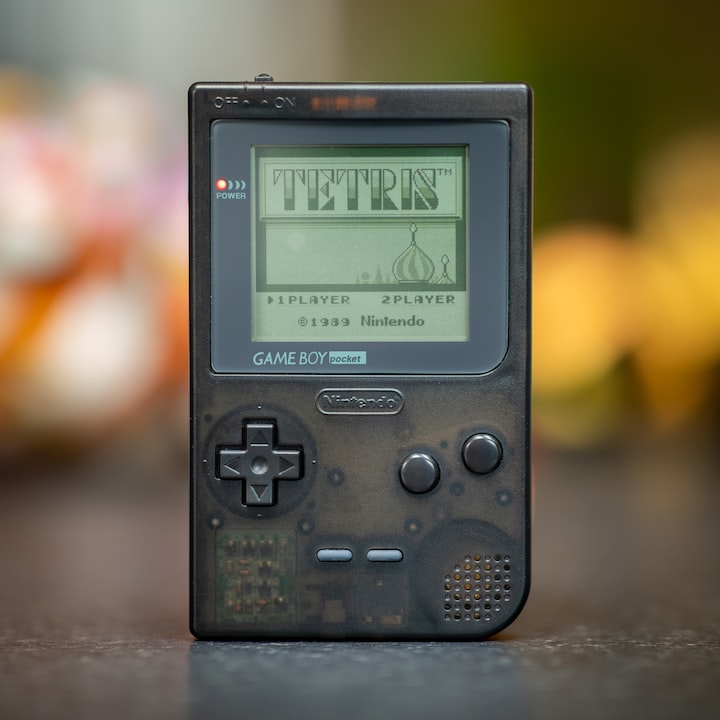 Photo by Ben Griffiths on Unsplash

It was the best of times, it was the worst of times; it was the times that we will forever base 50% of our personality on because it was both thrilling and traumatizing.

For those of us who lived through the 1990's as kids, it was a freaking wild time to grow up.

You know you had like at least 5 of these and all five would die in turn. I had the ones that came with Happy Meals so they were super cheap and died if you left them alone for like an hour. I remember being in Second Grade with one in my desk, trying to feed it when my teacher snatched it.

The top tier of at-home entertainment was going to Blockbuster to pick out a VHS for the week. Yes, you read that right, a VHS tape of a movie. I remember I got my first DVD movie in 2003, I didn't get a DVD player until 2004.

Only the rich kids got a beeper, the thing that told you someone was trying to contact you and then you would go on the hunt for a phone to call said person.

If you had the Super Nintendo with Mario Bros, you were automatically the cool kid and everyone wanted to go over for a sleepover. I got a busted one at a garage sale for $5 and it only worked if you put something heavy on the right side at a certain angle and it hardly ever saved progress, but everyone wanted to come over and play. Didn't matter what shape the Nintendo was in, people still wanted to play.

It was like smearing simple syrup over your lips if you had the lip gloss, and if you had the chapstick it was a slipper slope. One friend of mine in Elementary School looked from me to her Dr. Pepper flavored LipSmacker chapstick and whispered

Before I could ask, she twisted it as far out as she could and took a bite.

Some questions don't need an answer. She spit that thing out so quickly and she just sat there with her mouth open, crying silently. Lessons were learned that day, hard lesson. That I pray to god stayed with her into adulthood.

6. Pterodactyl Screeching with the Dial Up Noises

You did it, don't lie. It was like we were all practicing an alien language from the Men in Black movies.

The first majorly distributed handheld digital game, the toy that was the king of all toys. IF you opened one up on your birthday or for christmas, your family and friends could not get your attention for the next three weeks.

I am an adult though, and I could get one for myself, but it feels like my time has passed.

Not to be confused with the walkman of the 1980's, the DiscMan was a portable CD player that had a headset you couldn't split with someone else. Being able to listen to one CD over and over again with this bad boy clipped to you belt on wrangler jeans with bedazzle highlights, you were unstoppable.

The toy everyone wanted. EVERYONE. I remember getting one when I was a kid, just a regular brown brown, nothing special about him except that he was mine.

My aunts and cousins however, collected them like gold bars. My aunt got a custom glass case with locks to display these damn bears. I remember one Saturday, my aunts piled all the kids in the car at like 5 am. We all slept in the back of the 4runner that didn't have an actual third row seat, we basically all slept in the trunk. We pulled up to a toy store and we all stood in line. I come from a Latino family so there were about 15 of us there that morning. I asked my aunt what we were doing there and she told me to shut up, ah typical toxic family trends that we didn't register as toxic at the time.

Around 9 am, the doors opened and everyone filed inside. The aunts gave all the cousins and I each $5, and when we got inside we had to hand them to a lady handing out these little brown bags. I thought maybe it was breakfast or something. Then we all got ushered outside and back into the car. THe kids all got in the backseat and we opened our bags. I was disappointed there wasn't a snack as none of us had eaten since the night before, but there were beanie babies. We all had different ones, I remember mine was a deep royal blue with a silver embroidery and it had the name Diana on it. I was too sleep deprived and hungry to associate it with Princess Diana. We all played with our bears until we got back home.

One of my aunts noticed that I had a Diana bear and she tried to take it from me. I cried and held tightly onto it. She went into the kitchen and came out with a box of pop tarts. All the kids dropped their bears and went to grab a pop tart.

The aunts went around and took all our bears. When we tried to take them back, they said they weren't for us, the store had a policy of one mystery bag per person and my aunts wanted as many bears as possible. A few of my cousins started to cry but I got all the kids in the living room and we started watching Saturday Morning Cartoons.

Ever since then, I've hated beanie babies.

That is the kind of trauma these little bears exacted on my entire generation. All we wanted was a cute little bear and every adult on the planet acted like they were going to be worth millions one day.

Do you remember the Teletubby show, forgive me for the spelling, and the colorful characters in it? Then you might remember the talking dolls that made to promote it. Only there was a slight defect. They cursed, allegedl.

My aunt started collecting toys in the 90's and this was the one she coveted most of all, even above the damned beanie babies and Furbies.

Now I know every generation has theirs amazing feats of technology growth or cultural shocks. I can't imagine growing up when electricity was becoming a thing.

However, millennial's have a particularly unique and rare claim to that line. From 1990 to 2005, things were freaky.

We went from computers only being for big companies or NASA, to having a dedicated Computer Room, to everyone getting Laptops for Christmas.

We had toys in every Happy Meal, toys that every kid wanted, and toys that were potentially hazardous, to Furbies that I am still convinced were created to attack us in our sleep.

We had access to shows like Garoyles and Duck Tales, and South Park which parents didn't seem to realize was not a kids show at first.

Millennials grew up with such technological advancements, culture changes, terrorism attacks, nuclear fear-mongering, hip-hop, video games, and so much more that is still controversial today.

When I was in High School, we had marches for Immigration, Equal Rights, Gay Rights, and so much more. Even in Middle School, everyone I knew was proactive. We raised money for Hurricane Katrina, we organized Red Cross Blood Drives, we started petitions for Climate Change.

My generation started legitimate conversations between Politicians and Voters about things that were affecting us. We started awareness on so many issues, and while Gen Z is really sticking it to the man, Millennials laid the road for them to walk and make a difference.

Of course, you could say the same about the generations that came before mine.

The cycle goes on and on and on.

More stories from Mae McCreery and writers in Geeks and other communities.