by Iris Harris 15 days ago in movie

Let There Be Carnage: Review 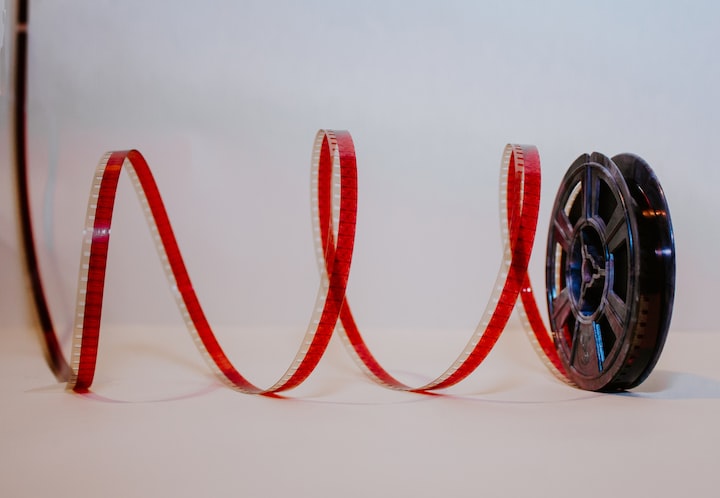 Vicious Venom returns to the silver screen in his second installment, bringing with him Carnage. For any spider-verse fan, this film is sure not to disappoint with a plot that complements the first film as well as action and comedy every moviegoer expects to find in a Marvel film.

Woody Harrelson plays Cletus Kasady who ends up becoming Venom’s enemy, Carnage, and begins to reek chaos throughout the golden gate city. Venom (Tom Hardy), who wants some freedom from his host, Eddie, needs to overcome his personal issues in order to take down the red rebel of chaos.

Overall, I enjoyed the film, but then again I am a huge fan of the Spider-verse and have been since falling in love with Spiderman as a child. Am I biased? Of course I am! To watch Spidey’s enemy take on a whole 2-hour film solo without the famous web-slinger would make any fan nervous about its success. So, with that in mind, I am may to speak highly of the film and less negatively.

I did think the bickering between Eddie and Venom was comical. It was the type of bickering you would expect to see from two beings sharing the same body. It reminds me of what people think married couples are like: each side believing their perspective on any given situation is correct. Similar to married couples, one person ended up leaving to experience a world without the other. This particular part of the film attempted showed how both characters need each other more than they are aware of, but it still felt one sided (I’ll let you think who needed who more). The separation does allow Venom to branch out and explore life, but Venom does not have any surprising revelation during the break up to keep him away from Eddie.

I feel Harrelson did what we expected him to do. It was more like watching Tallahasse from Zombieland only with a darker and angrier vendetta on the world than with zombies. I enjoy Harrelson’s acting, but let’s be honest, he type casted for similar roles and with that comes a certain level of monotony. Is he entertaining? Yes, but it’s still the same type of role.

I am not sure if adding the love story to the film supported the plot or not. There is a couple in the film which end up reuniting and while watching the reunited couple, I felt it was an unlikely couple. I am guessing it was there to show the emotional disconnection between a symbiotic organism and it’s host. Similar to Venom and Eddie, the symbiote often tends not to consider the feelings of its host. This may be what the writers were hoping to show with the love story. I personally believe it may not have been necessary. Similar to the first installment of Transformers, I think the film would have remained successful without the love story.

Let’s talk about the action. As with almost all action films, there is a 3D showing for Venom. Is it worth it? Yes and no. Yes: There were definitely some scenes that were adjusted to perform well with the 3D effects added to it. I still believe if you’re going to make a film 3D, then make it 3D. Provide the viewers with what they are expecting to see: scenes that jump out at the audience. There were not many scenes that popped off the screen and in the middle of the theater, especially during the fight scenes, lost opportunity to provide a better 3D experience. During the regular “normal” life scenes, some of the 3D effects were subtle. You often have to remind yourself to “look” for it, after all you are paying extra for the effects. In other words: save your money and opt for the standard showing.

In conclusion, I did enjoy the film. I wasn’t bored while watching it. For me, there was enough action and comedy to keep my mind focused on the film and not worried about the people surrounding me in the theater, or how much remaining time of the film was left. The visual effects of the battles were what you would expect from a Venom film (Props to the. CGI team). Aside from lack of 3D effects, it was still very satisfying and a perfect: underdog victory (which you already knew was going to happen).

The end credits, as with most Marvel films, are worth watching. There is a scene that hints to what we may be seeing soon. Without trying to provide any spoilers, it does make me a little more nervous for what is coming in the future of Spider-verse films. Keep in mind that Disney (the Empire) still does not own the rights to Spidey and his universe of characters (yet). Disney still needs to work with Sony to access any of the Spider-verse characters, so this does make me worry about the future of Spiderman. If Sony continues with its problematic pattern with Spidey, we may end up losing Tom Holland as our favorite web-head (unless Tom himself decides to swing out of the picture). Hopefully, I’m wrong.

Receive stories by Iris Harris in your feed
Iris Harris
Read next: The Bold and the Beautiful spoilers: Wyatt rescues Flo but there's a twist.