by Mae McCreery 5 months ago in comics

For the love of Jack Kirby, LET IT GO 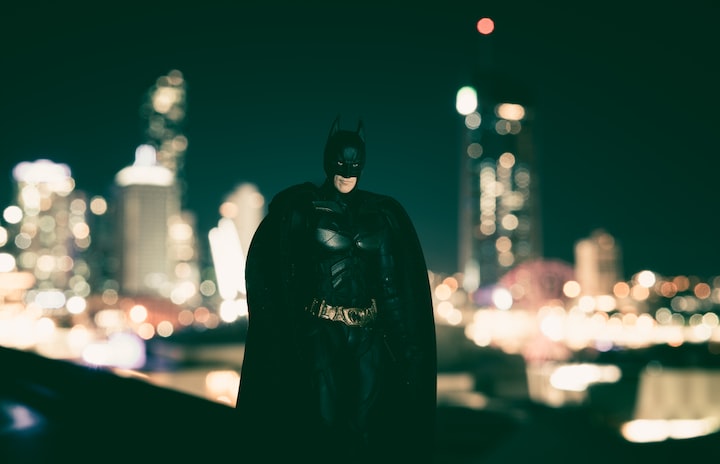 Photo by Michael Marais on Unsplash

I feel like I need to carry around a squirt gun and spray people who try to talk me into signing a petition to revive the SnyderVerse for DC.

This isn't the X-Men franchise, you can't just restart it because you're unhappy with what you've been given.

Suck it up, buttercup.

No, DC does not need to bring back the SnyderVerse. I'm getting real f*cking tired of that god damn argument that he's going to save the series.

He's literally going to erase everything that isn't his movies and that is spitting on the other DC films and their creators.

And Sorry not sorry but Jared Leto is the worst and the tackiest Joker of all time. And yeah I'm including the OG Caesar Romero who didn't even shave off his mustache and just painted his makeup on over it.

I saw an article the other day from a blogger who said the SnyderVerse Jared Leto Joker was better than Heath Ledger. Again, sorry not sorry, but that is the most wrong opinion I've ever read in my entire life.

If you agree with that airhead opinion, you can go ahead and stop reading now because -

-Heath Ledger is the greatest Joker that ever was or will be.

That is the beginning and the end of everything right there. And that's not because Heath Ledger tragically died shortly after the Dark Knight, but he was able to pull of the erratic and chaotic personality that is the Joker.

Not this tatted, doped up version that Jared Leto and Snyder have peddled out to the masses. I swear to god if I see the Jared Leto Joker with the crown of thorns again, I'm gonna f*cking snap at the poor bastard the posts it.

I have no clue when exactly the Joker became the Jesus of the DC universe but somebody was definitely smoking crack when they first suggested it.

The Joker is first and foremost a villain. There are arguments for Harley Quinn, Red Hood, and Poison Ivy and even Catwoman for anatagonists and not villains; but the Joker is irredeemably a cold hearted villain with major psychotic tendencies that he inflicts on enemies and those who are loyal to him.

Also, Harley and the Joker are not 'relationship goals', and if you are reading this and saying -

"You don't know what you're talking about, you tw*t."

First, yes I do. I got my nerd card from Comic Con when I was 14. Very prestigious, on par with a Yale Degree.

Second, obviously YOU have never EVER watched the Batman animated series when the Joker continuously abuses her. In their first scene together on the show, he pushes her in an aggressive and angry manner.

There are SEVERAL WHOLE ISSUES dedicated to the abuse he has caused her through the universe. From getting her pregnant and abandoning her, multiple times; to throwing her in a vat of toxic chemicals to even beating her for trying to leave him.

F*ck you, that's not a healthy relationship and DEFINITELY not 'goals'.

Suck my d*ck, twice on Tuesday if you still believe that bullsh*t.

I’m worried that if Snyder continues with this insane universe he’s rallied people to support like a freaking cult, that this wave of Joker enthusiasm will only get worse and will lead people to support another clown that has no business being in charge.

This has all just gotten way out of hand.

Just admit that DC has lost control of their movies and move on with life.

Marvel Movies will always welcome you with open arms.

As a Marvel fan myself, I can say that we as a fanbase don’t judge you on your other likes or dislikes.

I once met a DC fan who literally almost hit me when I said my favorite DC movie was Wonder Woman. I box so he looked much worse by the end of that debate than I did.

Marvel fans don’t start fights, but we sure as sh*t finish them. We also have better movies, so :P

Receive stories by Mae McCreery in your feed
Mae McCreery
Read next: The Evolution of American Sitcoms