by Indie Films Dee 5 months ago in review

Everyone is talking about 'Joker' and its political messages—including Michael Moore. Here's why I agree with him, and my own thoughts (warning: spoilers)

On October 5th, amidst the excitement surrounding a new film release tipped as "Oscar-worthy," filmmaker and political activist Michael Moore took to Facebook to explain why it is essential that everyone watches Todd Phillipps's new masterpiece Joker. Here, I want to discuss why he is right, using one particular quote that stuck with me, whilst analysing other points from his post (link here) and expressing my own thoughts on the film.

When I first read Michael Moore's post, I only read the first two paragraphs as I hadn't seen the movie yet and didn't want to spoil it for myself. The part which resonated with me the most followed him explaining that people have been told to avoid this movie:

“All we Americans have heard about this movie is that we should fear it and stay away from it. We’ve been told it’s violent and sick and morally corrupt — an incitement and celebration of murder. I would suggest the opposite: The greater danger to society may be if you DON’T go see this movie.”

As I attended a crowded evening screening of Joker in Manchester on Monday, Moore's quote kept echoing in my mind throughout the film:

"The greater danger to society may be if you DON'T go see this movie."

And he is absolutely right.

As the audience got acquainted with Arthur Fleck, a man who relies on a cocktail of medications to stay stable, a man who lives with and cares for his dying mother, a man who can't help his hysterical laughter in inappropriate situations, I found myself beginning to agree with Moore… This agreement only grew stronger as we witnessed him being fired from a minimum-wage job he needed in order to survive, as we saw him getting ridiculed and beaten on a subway train by three drunk Wall Street white-collars, as we saw him delve deep into his past only to find out he had been lied to all his life.

After two hours, everyone left the theater having learnt a fundamental lesson—that those who are vulnerable in society are not the ones who are crazy. It is the people who make them vulnerable who are truly insane. 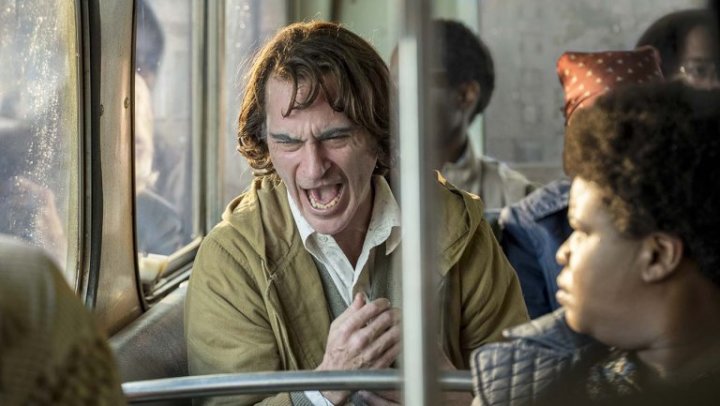 Referring back to Moore’s post, he continues to provide evidence for the film’s cruciality by stating that the issues Joker raises “are so profound, so necessary, that if you look away from the genius of this work of art, you will miss the gift of the mirror it is offering us.” That mirror is exactly what we need; a reflection of the horrors that are happening in a world dominated by the wealthy and powerful.

Joker is not a story about Batman’s arch-enemy—it is a story about the oppressed, the mentally ill, the outcast. And this story is told in a way that is devastatingly real and relatable as Joaquin Phoenix effortlessly brings to life a man who has seen the darkest side of society, who has been through hell and back.

In my opinion, Joker has to be one of the films where I’ve found it easiest to resonate so well with a character who is seen typically as the villain. The Joker’s character has done hideous things in other DC films; because of this you think it'd be hard to sympathise with him. Yet you watch Joker, and there you are—you can completely relate to Arthur Fleck, and you would do exactly the same as him if you were in his shoes.

As Moore explains further: “Most of the violence in the movie is perpetrated on the Joker himself, a person in need of help, someone trying to survive on the margins of a greedy society. When the Joker decides he can no longer take it — yes, you will feel awful. Not because of the (minimal) blood on the screen, but because deep down, you were cheering him on.”

Again, Moore has hit the nail on the head. When Arthur Fleck encounters the three rowdy, disorderly Wall Street bullies on the subway train and they drunkenly begin to jeer at Arthur and mock his clown face paint, singing “Send in the Clowns” so uncomfortably close to his face the audience can smell their caviar-tainted beer breath, you can’t help but want Arthur to mess up the smarmy white-toothed grins and perfectly gelled-back hair of these three true clowns.

With this, I return to my previous point that the main lesson of this film is that it is those who exploit and neglect the vulnerable who are truly insane. Arthur represents those who have been ‘swept under the rug’ and considered an inconvenience, disregarded so that the rich can thrive. Throughout the film, his mental illness is ridiculed by others who see it as something that is “all part of his clown act,” and it is used as a source of entertainment at his expense. He sees the funding for his therapy and medication get cut and gets told by his therapist “they don’t really give a fuck about people like you, or me, Arthur”—a miserable reflection of corporate America’s obsession with turning healthcare into a goldmine and expressing no concern for those who cannot afford health insurance. Lastly, I want to reiterate Michael Moore's point that it will cause more harm if people don't see Joker, and I agree with this because the film reveals to us the reality that we are all too terrified to face—that our lives are in the hands of clowns. Clowns in the White House, clowns in the Houses of Parliament, clowns controlling the media.

Ironically, after I got home from seeing the film and was pondering this thought, my boyfriend informed me of a new tweet dropped by Trump: "If Turkey does anything that I, in my great and unmatched wisdom, consider to be off limits, I will totally destroy and obliterate the Economy of Turkey"... my point stands.

I thank Michael Moore for voicing his thoughts and for always speaking out regarding the suffering of millions that happens every day, and I thank the creators of Joker. I hope that Joker teaches those who see it that there are people everywhere like Arthur, and that we are more similar to him than we realise. I hope it helps people to empathise with those who are oppressed, mentally ill and outcast, and inspires us to fight the rich getting richer and the poor getting poorer.