by Annie Kapur 16 days ago in literature 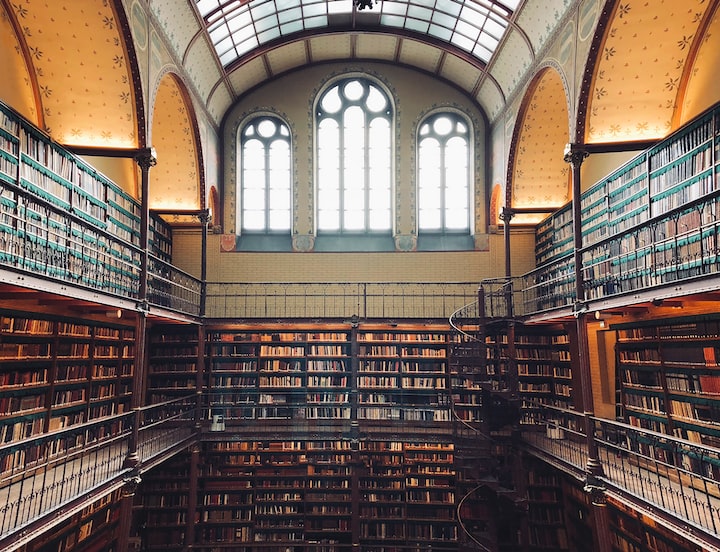 Literature is a wide subject filled with fantastical energy penned by passionate people who want to write something to connect with someone somewhere. They can be crime, romance, artistic, classic, contemporary, poetry, plays, tragedy, comedy, young adult, erotica, horror and even down to memoir or academic literature. All of these are included from the classic novel to the graphic novel. In a perfect world, none is above the other in terms of importance.

But it isn't a perfect world, is it?

My theory is that traditional classism is currently destroying the literary realms of everything from publishing to literary education. Small changes are being made here and there, but it is not happening fast enough for us to not grow up with an entire generation who are adverse to the literary culture because it encourages them to read stories and narratives that they often feel disconnected with or very distant from for the sake of retaining what is thought to be high culture. What is in fact, a system to keep people from poorer backgrounds stuck in the cycle and to stop them from publishing their stories as of course, their writing would not therefore be 'literary' enough.

Publishing has often missed the mark when it comes to telling stories of people from regular working class backgrounds. Often authors of high respect come from families of wealth and some of titles. This can also be said for the community of acting - these two professions are especially filled with the wealthier class in Britain. This often produces literary techniques that can be critiqued for years, but a reading public which is a minority of the public. It is not reaching enough people because the vast majority of the working class, regular people are not interested in what rich people have to say. It is becoming more and more of a divide as time goes on.

The publishing world are quick to judge on whether something is 'literary' or not but never actually define what this means. I will tell you what it means. It means that the work matches the high culture of the moment. If we take books that have won awards over the past twenty years, we can see a clear pattern of the writing in which many extended metaphors and comparisons, abstract ideas and the like are being used. This is incredibly difficult to do if you have not had the education in how to write like this. Those writers who did not get the best education would therefore be at a loss in comparison to wealthier writers.

In my time I have noticed something about literary education - it is not nearly the same everywhere. In schools that cost money, the education in literature is far more advanced, far more creative and far more focused on thought, philosophy and developing originality than that in free schooling. In free schooling, there is a lack of connection with the literature being taught. Novels like "Pride and Prejudice" by Jane Austen are taught ad nauseam but not a single child in the class will be understanding its words. Why? Well that is because:

a) they don't come from even a remotely similar background

b) there are likely to be more children from different cultural backgrounds and therefore, British high literature is unlikely to interest them

c) since there is no connection from book to reader, there is no want for the reader to get involved with the book - always remaining on the outside

d) since there are more students in the class, original thought being encouraged would be time-consuming so answers are taught by rota - this is unlike to enthuse the students

e) the language often sounds archaic, especially to students for whom being 'cool' and 'trendy' is an important aspect, it will turn them off the subject

But what if I told you that this is exactly what the education system wants?

The education system wants working class children to be turned away from literary studies. Why? So high literature remains concentrated. It's like eugenics for literature. It keeps British literature sounding academic and filled with things that are 'literary' and sound clever because it comes from those who hold degrees in the subjects from top universities. This means that Britain can keep one of the only cultural aspects they have had - the famed literary culture. Before the 20th century, most famous writers in England were born into absolute riches. Keeping it this way means that Britain will keep herself the envy of the world when it comes to high literature. But if you live here and you are a person of colour, or you are a working class person, or you have been poor, or are still very disadvantaged - you will not fail to see the sheer lack of diversity in the syllabi you will study, you will read and you will be forced to partake in. The refusal to diversify the system of literary education inevitably leads to the same old thing - rich people from top univerisites making novels to send rich people to top universities. The people left at the bottom are often forgotten about. It is appalling.

3) The History of Book Culture

In Britain especially, the history of book culture has not been a proud one. Reading was and still is, often regarded as an activity for the middle class and upward. Why? Well there are many reasons with education and publishing relative literature being just two of them. The other reason is time. Working class people throughout history have often not been able to read and during the late 19th and 20th centuries, started to be able to read but did not have the time to. The people working from 9am in the morning all the way through the day to stupid hours into the night are often too tired when they get home from work to pick up a book. Sitting by the log fire with a cup of tea and a book on an evening and not having to work was often considered a privilege. In today's society, unfortunately it still is.

It is not much the lack of reading skill that is the main problem when it comes to reading culture. But instead, it is the lack of reading time. There are people who like to judge others on what they read. These are likely middle class people who enjoy classic literature and have the time to sit there and read the entire book in one day. Of course, you can be one of those people and not judge people, it is very simple. But most of the time, literature and reading culture is judged on what you like to read and again, this is a product of 'high culture'. British high culture often includes the entirety of the Victorian Era and most of Shakespeare. If you have not read Jane Austen, Mary Shelley and the Bronte Sisters, then apparently you have not read enough. This is a lie. This is a lie perpetuated by the few at the top to keep their culture alive and kicking because it benefits the rich (see the arguments above for how).

What should be the reality then?

Reading is an act of entertaining yourself. If you're reading to impress someone else or to 'sound literary and well read' then you're not really reading. You need to read books you actually enjoy. If you enjoy classic literature, good for you. But if you don't, then there is a whole world of literature out there that you can explore. You do not have to read classic literature to sound literary. That is a lie made up by the wealthy to keep working class people afraid of studying literature.

How do we reach this reality?

Stop judging people on what they read but encourage them to try a wide range of genres and authors, cultures and literary traditions

Encourage children to read for enjoyment and pick up a book because they want to know the story - whatever it may be from comics to classic literature, if a child wants to know the story, do not stop them from reading it

Read at your own pace for enjoyment. Even if that pace is half a page a day, it is your pace and nobody else's. It is your own personal enjoyment and does not involve other people. If someone is judging you for it then explain this to them and encourage them to do the same and read for enjoyment

Talk about your reading online with others who also enjoy reading. It doesn't matter what you enjoy reading or how often you read, you may learn some surprising things about books that you did not know before. I know that I have.