Lessons I Learned from Game of Thrones

In between the scenes of graphic violence and raunchiness, there is actually a thing or two to be learned from George R. R. Martin's masterpiece. 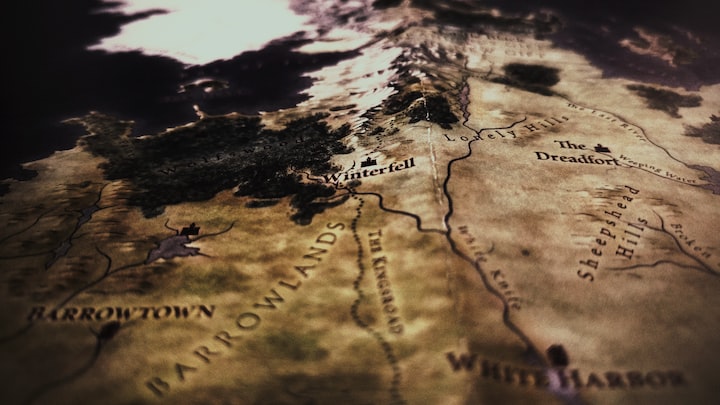 Photo by mauRÍCIO SANTOS on Unsplash

There’s nothing worse than that feeling of emptiness you get when the rolling credits appear after the last episode of your favourite show finishes. There’s a sense of panic as you start to sift through ideas and different shows you could maybe use to fill the hole in your evenings, but nothing is quite the same.

That’s how I felt when Game of Thrones came to an end in 2019. Critics were busy assaulting their keyboards with scathing reviews about the season finale, while I was just sitting in my living room, trying to figure out what to do with my life.

But with all that said, Game of Thrones was more than just a fun evening show to me, and in between the graphic scenes of violence, incest and betrayal, I like to think it actually taught me a few life lessons. Its realism (despite being full of zombies and dragons) and unpredictability, made it all the more encapsulating, so it’s no wonder why it's earned the most Emmy Awards for a drama series AND for a fiction series.

This is probably a good time to disclose two key points to those of you who are yet to watch the show:

1. There are a lot of spoiler's in the paragraphs below so read at your own risk!

2. For the love of the New Gods, please watch the show, it's been out since 2019. Like seriously, what have you been doing with your time during this pandemic?

Anyway, without further ado, here are some life lessons Game of Thrones has to teach you.

No one is ‘the main character’

I'm not sure about you, but recently I've noticed a trend on Tik Tok where people make ironic videos of themselves doing regular things as 'the main character'. In other words, they're mocking people who suffer from a superiority complex, although I'm not sure of this is intentional or not. As funny as they are to watch, it's also kind of alarming how many people actually relate to the videos.

But alas, not me! Because, you guessed it, Game of Thrones taught me better. I think the reason for this one is relatively obvious in that, literally NOBODY in the show is safe from being suddenly offed. I'm pretty sure just about everyone sat through the first season expecting Sean Bean (i.e Eddard Stark) to pull a typical 'main character' move and find a way to overcome Petyr Baelish's betrayal - but NOPE! He died.

But this was just the tip of the iceberg, the remaining seven seasons after that were jam packed with unexpected death after violently unexpected death. All I need to do to make my point here is say the words "Red Wedding", and you can see exactly what I mean.

So what lesson did this teach me? Well, I think it gave me a more realistic outlook on life. No, I don't sleep with a dagger under my pillow out of fear of being betrayed by my housemates, but I do have a more humble perception of my place in this world.

I think there are way too many movies and TV shows that follow the same algorithm. The 'main characters' have some hardships, and a side character may even die here and there, but everything always works out in the end for the folks at the centre of the story. The issue with this is, it's not realistic. It over-romanticizes life and encourages people to develop superiority complexes. Things don't always work out for everyone - and that includes YOU. Life can be brutal sometimes, and we just have to accept that and do our best to keep on going. If you waltz through life expecting everything to just go your way, well, it probably won't. Unfortunately, we have to work to make the life we want, and hope that luck is on our side.

So Game of Thrones didn't bend to that mainstream approach like almost every other show does. Not a single character on Game of Thrones was safe from George R. R. Martin, and I think that kept me humble.

It’s never too late to redeem yourself

This one is really important. No matter what you do, it's never too late to start taking steps to be a better person. No one is perfect, but if you're able to acknowledge that and work towards a better version of yourself everyday, then that's as close to perfect as you'll ever need to be. There's one character that comes to mind here, and that's this guy:

He spent the majority of his time throughout the series being either power drunk and vengeful or cowardly and pathetic. Complete opposite behaviours (almost), but somehow none of them are exactly great attributes. Towards the end of the series though, he finally gets his act together and does some pretty remarkable things. Talk about character development!

I could easily list a whole heap of other characters which this applies to as well but Theon really was the prime example of self-redemption in my eyes. Thanks Game of Thrones, for showing me that it's never to late to become better. Although, I have to admit, you won't catch me charging head on through a crowd of frozen zombies like Theon did to do that.

I think this lesson should definitely be something people already know not to do, but just in case, let Game of Thrones teach you why being cocky is problematic.

So for those of you who have watched the show, do you instantly know who I'm referring to when I say "the watermelon head guy"? If you don't, then stay tuned, I'll explain in a moment. If you do, I'm sorry for ruining watermelon for you.

So in a long series of events which I won't delve into, two character's are pitted against each other in a one-on-one fight to the death: The Mountain and The Viper. Now, The Mountain is incredibly large and strong, but as a consequence, is not very agile. The Viper, on the other hand, is extremely dextrous. The fight scene starts off with The Viper essentially toying with The Mountain, poisoning him with his blade and causing him to collapse to the ground - assumed to be dead.

The Viper, being the cocky guy that he is, immediately begins to celebrate as the crowd cheers him on. But as he lets his guard down, The Mountain suddenly grabs him, drags him to the ground, and crushes his head like a watermelon between Kortney Olson's thighs. Dead.

I have to admit, I kind of saw that part coming, but I did not for one second expect it to happen like THAT. Anyway, the point here is that, no one likes a cocky show off, and while being confident is great, being over-confident is a sure-fire way to fall victim to some terrible mistakes.

Male bisexuality exists (and it's ok)

This lesson wasn't really a lesson per se, but I appreciated the representation in the show. It's quite rare to see anything other than hetero or homosexual characters these days (which I suppose is still an upgrade compared to the absence of almost any LGBTQ+ representation at all in the past). But this has been made worse by that fact that, when there is a bisexual character involved, the majority of the time they're female which just feeds into the stigma that male bisexuality does not exist.

Game of Thrones didn't fall into this same pattern though, and introduced a male bisexual character without a second thought. I think this was really big for me because it was the first time I ever felt properly understood in a TV show, and it really helped me come to terms with myself as a person. Who is this mystery character you ask? Well, I've actually introduced him in the previous point - The Viper. I was a little sad to see him go, but that's Game of Thrones for you.

I did, however, have one bone to pick in that they went down the same path that basically every other cinematic representation of male bisexuality did (as limited as they are) and made the character extremely promiscuous. For once it would be nice to see a male bisexual character presented as something other than a sex-driven, orgy-attending toy.

But then again, I suppose the entire Game of Thrones theme was like this, and modesty didn't really fit the narrative of the story so I guess I'll let this one slide.

You get what you give

This lesson was perhaps one of my favourites, which was probably because it was taught by one of my favourite characters. I know, being an Arya Stark fan probably makes me sound really basic - but there's a reason why the name Arya (and it's alternative spelling - Aria), jumped upwards within the charts of the most popular baby names while Game of Thrones was at its peak.

Arya’s character development essentially lead to her becoming a revenge-driven assassin who delivered some much deserved karma to many of the series' antagonists. I think the most interesting part here is that Arya actually killed each of the antagonists in the same way that they had killed someone close to her. It's almost poetic and sums up the lesson really well - you get what you give.

I think the most beautiful example of this was when she cut the throat of Lord Walder Frey, the same way that her mother, Catelyn Stark, was murdered a few seasons earlier when he betrayed her. There are plenty more examples like this throughout the series which make the wrath of karma abundantly clear.

So that's everything Game of Thrones has taught me. Well, not everything, but some of the main points at least. Aside from being a record breaking show that teaches some great life lessons, the sheer excitement, unpredictability and incredible character development is utterly captivating. And if these points weren't enough to convince you to watch the show, then do it for the memes. The series has sparked so many incredible jokes, memes, and comedy impersonations, and in order to truly appreciate them, you really have to understand the show.

Anyway, the point is, if the show has memes made about it it's probably worth watching. So if that doesn't convince you to love the show, I don't know what will.

If you enjoyed this article, be sure to hit the subscribe button. If I'm completely honest, I don't fully understand how subscriptions work. All I know is that it's free for subscribers to sign up and I also get a little buzz when I see that magical number go up on my page (not sure why, maybe I'm shallow?).

Receive stories by Josh Lowe in your feed
Josh Lowe
Read next: Everything you need to know about Blockchain