It all started with a Big Bang! 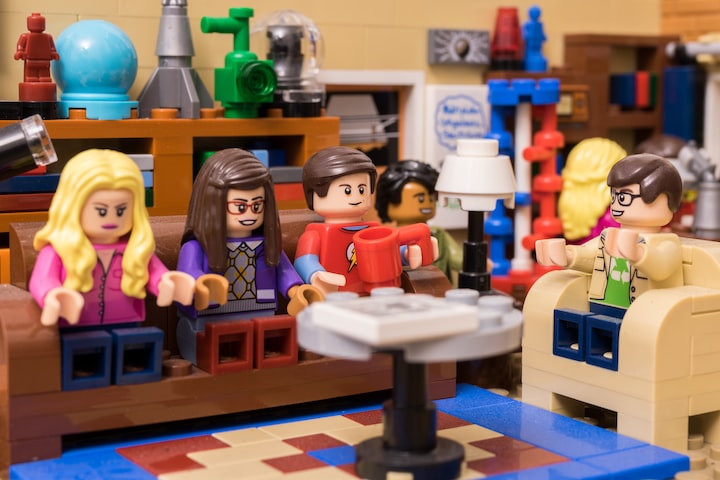 Photo by Ben on Unsplash

Can a show be both comedy and...intelligent? Well, I didn’t think that it was possible for a show to make me laugh but teach me something, but that occurred when I watched “The Big Bang Theory”. There were words that I never heard of and now I know thanks to TBBT (“coitus”, “bazinga”, “string theory”, etc.). If that didn’t sell it, there was also the catchphrase that was funny as well such as Sheldon’s line “I’m not crazy; my mother had me tested”. Finally, you had the amazing cast who made the show an incredible experience: Leonard, Raj, Sheldon, Howard, Amy, Penny and Bernadette.

The Big Bang Theory is a show about four nerdy guys who befriend a pretty young lady. As the series goes on, you see the guys coming more out of their awkward shells and become more social, but still stay true to their nerdy mentality. Even the guys have influenced the women in their lives to appreciate the things that they have passion for such as: comic books, comic-con, action figures, movies/tv shows and so much more.

I always feel like the best shows are the ones where both the series premiere and series finale are good. In the series premiere we were able to learn and pick up on the key characteristics of the characters and their background. We knew Penny- the young lady across the hall- was an actress from Nebraska who worked at the Cheesecake Factory. Raj, a friend of roommates Leonard and Sheldon, was known early in the shown of having a mutism where it was hard to speak to women. Finally, we knew that Howard, was the sex crazy nerdy guy who can be obnoxious but funny.

The series finale also made the show one of the best. They were able to answer almost everything (well except what was Penny’s last name?) as well as give a fairy tale ending...SPOILER: Leornard and Penny were expecting, Howard and Bernadette’s children were finally shown and Amy and Sheldon finally got the Nobel Prize. I also cannot forget- drum roll please... the elevator finally got fixed!

What I have noticed about the Big Bang theory was that a show about outcasts ironically made certain things seem cool. For example, the “nerdy” phase started to become popular over time, Comic Movies like Marvel and DC are now some of the most watched movies in the world, and and it seems that the character Sheldon became an icon.

The show also gave hope to many when it comes to never giving up. Leonard in the first episode, fell in love with Penny and while many question if he would ever be with a girl like Penny, he had a happy ending since he not only married her but that they were about to start a family. It showed that the nice guys don’t finish last.

While the guys were who the show was about, the women played a key role also. Take Amy and Bernadette; two female doctors at the top of their field who, while wanted to love, didn’t make love as their main priority, but instead their careers. Even Penny grew as a character because as the series kept going, she went from working as a waitress/actress to working in pharmaceuticals. The women were able to balance friendship, romance and their careers.

All in All, when I think of The Big Bang Theory, I think of a show that appeals to a diverse range of audiences such as women, young adults, scientists, older audience, etc. It was the type of show that says that one should not change themselves to fit in, but you should be able to grow and learn. These characters grew and showed that what they thought the my wanted is not it and that is okay.

So audience, if you like a show where you can learn interesting facts and are up for a good laugh, then I encourage you to please watch one of the most entertaining and iconic shows of this generation!