How Do You Understand a Writer’s Voice Like Gabriel García Márquez?

by Cathy Coombs 5 months ago in review
Report Story

Read a lot of great books 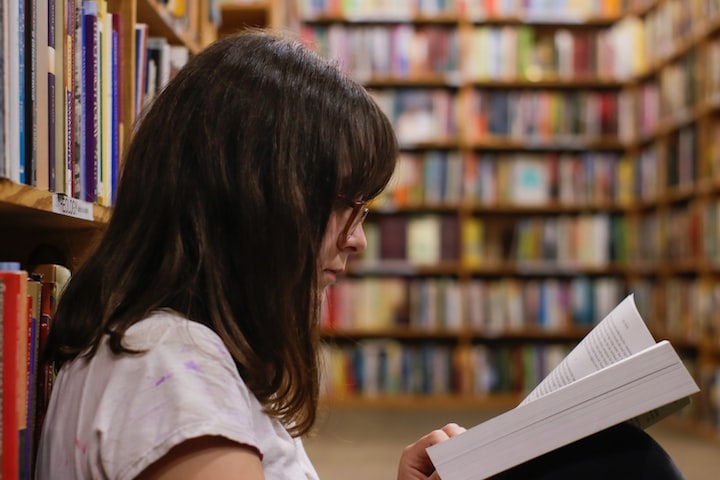 I have read this 1988 English version novel more than once and not just because it's a favorite. I highly recommend this novel if you enjoy reading deliberately well-written language that produces such extraordinary effects like a sigh, or better yet, "I have to read that sentence again!" Aside from writing with a strong voice in a fluid style, Love in the Time of Cholera described a spiritual type of lifelong love.

Writers are wordsmiths. Some are okay, some are good, and others are outstanding. As a writer, finding one's voice takes a long time. Finding the voice of an author becomes easier when you read a lot of great books.

Some backstory to pull you into the story

Love in the Time of Cholera revolves around a love affair between Florentino Ariza and Fermina Daza. When Fermina first encounters Florentino in her young years, she is smitten by him, but later is told by her father that she can no longer meet him. In her early 20s, she marries Juvenal Urbino who is an established doctor and she is comfortable with him because he loves her and provides her security. Juvenal has an order to everything he does and is not the risk-taker as demonstrated in the novel by Florentino's actions. Juvenal is devoted to putting an end to cholera and living up to his reputation.

The eloquent writing of Márquez presents his voice on a loudspeaker. Every word is inhaled and your breathing pattern carries you from one paragraph to the next. He is a remarkable storyteller in his writing.

The writing style of Márquez

Anyone can repeat a story but the manner in which you tell the story is something completely different. Márquez had that ability. He would incorporate his fantasy into his style of storytelling. How does one ever really know if a style is natural or deliberate? He knows how to capture his readers and persuade them to follow him on the story's journey.

Example of style: we would never mistake something written by Flannery O'Connor with something by Gabriel García Márquez. Each is respectively distinct.

Interestingly, Márquez' life parallels events and characters of Love in the Time of Cholera, in particular his personal relationship with his wife. Additionally, the basis for the story also included the relationship history between his parents, chiefly his father, Gabriel Eligio Garcia, who was allegedly the community philanderer having fathered children out of wedlock. The manner in which he courted Márquez' mother, Luisa Santiaga Márquez Iguarán, was also similar to the way in which character Florentino Ariza courted Fermina Daza, including violin serenades and writings of poems and letters.

As an author, Márquez pulled from his personal life in creating his story, which many writers do when creating fiction or non-fiction.

The intriguing story takes place somewhere close to the Magdelena River. The reader never really knows the exact name of the village or city but entertains it could be some city in Columbia where author Márquez used to live. The story and its characters evolve over a span of 50 years which makes it so intriguing. Step by step, Márquez is using his voice to talk to the reader. He's describing each event in perfect detail to create a visual for you and then, there you are, in the story surrounded by all the action.

The reader will become acquainted with Florentino's lifestyle and where he works with a river company. Also, uncovered through reading are all these visuals of the home kept by Fermina that she shares with Juvenal, the doctor.

Márquez writes wonderfully to inflict upon the imagination the effects of Florentino's life and pounding on a reader's emotions each time Florentino and Fermina happen to have an encounter in public. As time goes on, a conclusion is developed of what should happen, and because hope is held of what could happen, the book is hard to put down.

When this story was adapted into a movie, it received poor reviews which I agreed with because the movie failed to capture the tone and beauty of the story.

Gabriel García Márquez, journalist, short-story writer, and novelist, is praised as one of the best Latin-American writers. Born March 6, 1928, he was raised in Aracataca, Columbia, a town near the Caribbean where the main source of income was derived from bananas.

Márquez was one of twelve children. His parents were poor and as such, for the first eight years of his life, he was raised by his maternal grandparents who would become a very important influence on his life. Márquez's grandfather was a retired colonel (Liberal veteran of the War of a Thousand Days). The battlefield stories were shared with Márquez and other stories involving legends and folklore were shared by his grandmother. Indeed, every time a reader comes across a character referenced as "Colonel," wonder is generated concerning a possible relationship with his grandfather's history.

Márquez belonged to the movement regarded as "Magic Realism" which term was first presented in 1925 by Franz Roh, a German critic when categorizing a group of post-expressionist painters. This term was adopted in the late 1940s to describe the narrative tendencies in Latin American writing and this writing style lasted until the early 1970s. It's defined as his fictional blend of history, politics, real social situations, and fantasy (something made up).

Márquez' first story was published in the El Espectador in 1947 with other stories to follow in other publications. Once civil war broke out in his country in 1948, he relocated to other cities working as a journalist for newspaper publications. He progressed to short-story telling and his writing reputation grew.

One of his popular books published in 1967, One Hundred Years of Solitude, was very successful in 1969 in Argentina receiving praise as Márquez' best work.

Other novels appear throughout the 1990s, in particular, Strange Pilgrims in 1993 which is a collection of short stories. The first story, Bon Voyage, Mr. President is an incredibly good read.

In 1999, Márquez bought a weekly newspaper in Columbia, Cambio, enabling him to return to journalism and was driven to improve the quality and readership of the newspaper. Sadly, later that same year, he was diagnosed with cancer. While undergoing treatment, rumors began to appear indicating he had died. He communicated a year later that the rumors were false and that he was in seclusion writing his autobiography.

An exhibition of the work of Márquez

An exhibit of Márquez's at Harry Ransom Center in Austin, Texas is on the schedule from August 25, 2021 - January 2, 2022. If you live in Austin, the admission is free and it should be worth every minute to experience.

Another part of the exhibition will look at his influence on writers across the world, including Toni Morrison and Haruki Murakami, and the authors who influenced him. 'In the Harry Ransom Center there are documents that we will be able to show from, for example, James Joyce, Jorge Luis Borges and William Faulkner,' explains Acuña.

'With the establishment of the Gabriel García Márquez archive, Gabo has entered history,' said Ransom Center Director Stephen Enniss. 'Like a character in one of his own novels, he has entered a place outside of time. Somewhere among these papers Florentino Ariza still waits outside the house of his first love; somewhere a colonel waits patiently for the weekly post. An archive is a timeless thing, and for years to come the materials that have been collected here will give up, to those who are patient, insights into the art of García Márquez.'

To study a voice and a style involves reading great works of authors but also involves studying the authors who wrote those works.

More stories from Cathy Coombs and writers in Geeks and other communities.