Remember when you were four years old and you thought that your mom making farting noises on your stomach was comedic gold? These days, it probably takes something a little more than just blowing a raspberry on your tummy to elicit a laugh.

Society is pretty much the same.

As society becomes more progressive, or as our cultural norms shift around, what we find to be humorous changes. That's what made a lot of once-hilarious scenes stop being so funny, and what makes many retro television tropes vanish from our memories.

Ever wonder what classic media and writing tropes went out with the dodo, and which ones ruled the roost? Here's a list of some tropes we're willing to bet you never saw on modern TV. From bank toasters to college widows, get ready for a wild ride.

The Land of Cockaigne 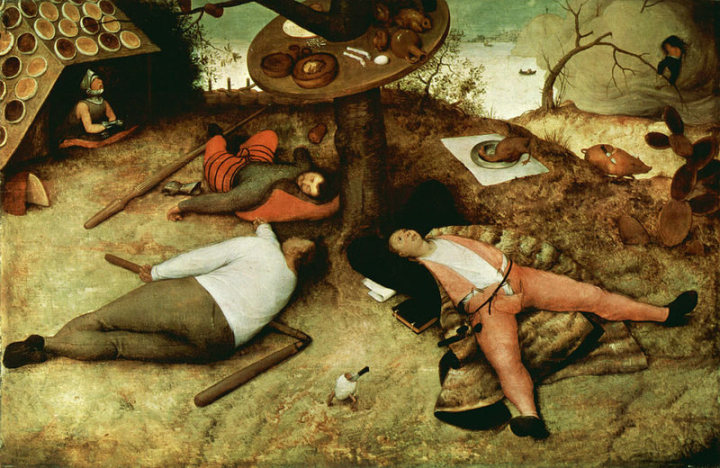 Imagine a world like Atlantis, except it was a worldly paradise of vice that would make Las Vegas blush. That was the medieval trope of the Land of Cockaigne. This was a place where you could get sex, drugs, and booze without having to work at all.

This trope was last mentioned in the original Joy of Cooking, and actually had a brief nod to it in the hit video game Soul Calibur V as "Cockaigne, the Land of Plenty."

Back in the olden days, women were a rare sight on college campuses. They would often only end up there if they had a husband who was faculty at the college. In many cases, the faculty member would be pointedly older.

When the older spouse would die, the younger woman would be surrounded by younger men... and things would happen. This was one of the most sexualized retro television tropes on this list. TV, back then, would lead you to believe that college widows were pretty common.

This trope was very popular in the 1920s. However, by the 1950s, it was rare to see. By the 1960s, it was all but gone from mainstream media due to the rise of female students in college. It only makes sense that this trope disappeared, much like many of the retro exercise trends you'll see mentioned in older TV shows.

Most people know that milkmen were a thing. The gig was as simple as you could get. All a guy had to do was deliver milk to people's houses. That's it. What could go wrong?

Well, if you think about the times when milkmen were around, something becomes a little clearer: There were a lot of lonely housewives and a lot of men at work when Mr. Milkman would come by.

This is one of many forgotten television tropes that tended to veer towards sexism, if you think about it. I mean, just because a woman's a housewife doesn't mean she'll cheat with the milkman.

The trope of cheating with the milkman was a well-known one, particularly in the single-income households of the 1950s. There was a little truth in this trope, but the fact is that it was still mostly based on fiction.

When the job of milkman became obsolete, so did this trope. Even so, you'll still see it mentioned once in a blue moon just because it was a funny trope in most cases.

Spending the Night Together

Back in the middle of last century, being unmarried and hooking up with someone was considered to be very scandalous. Of course, writers knew this and would do what they could to foist two unmarried people together in what would appear to be "suspect circumstances."

This, in turn, would cause the rest of the characters to get into an uproar while the two characters would have to show people that, no, they didn't sleep with one another. It was a common plot device that was frequently used well into the 80s.

By the 90s, this trope lost its veneer thanks to the sexual revolution. Nowadays, the scandal wouldn't erupt because everyone's hooking up with everybody. Needless to say, this is one of the retro television tropes. 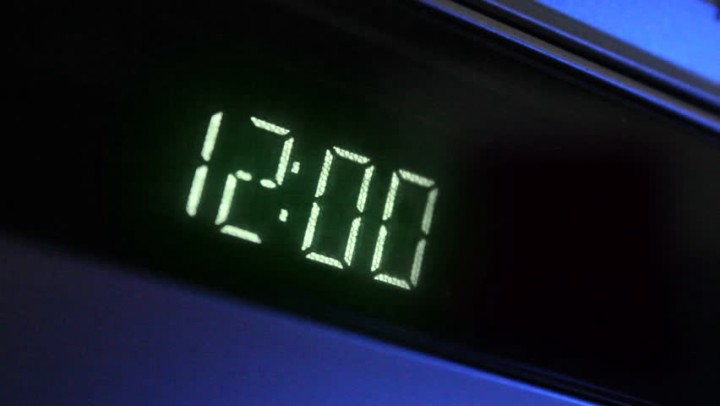 During the 1980s and 1990s, nothing was quite as aggravating as seeing your VCR flash 12:00 AM. The truth is, not many people really knew (or cared) to learn how to set their VCR clocks to the proper time. This, in turn, created a classic TV trope that was often used on kids' shows.

You might remember this as one of the most recently forgotten television tropes on this list. It was featured in Dexter's Laboratory, The Simpsons, and even Johnny Bravo.

Most recently, Teen Titans Go made use of this trope, albeit in a tongue-in-cheek way. However, most of their under seven-year-old audience will never get it. Way to go, writers of TTG. It's fun to see some retro things pop up still, like when retro toys return to popularity every now and again.

Ever notice how really old school television shows and movies would show women who wear makeup as wicked, evil, and immoral? That's one of the most regularly forgotten tropes of yesteryear.

Back in the day, only women of "ill repute" were known to wear makeup. Makeup was also seen as shallow and underhanded in nature. Anyone who wore makeup was said to be up to shady things.

These days, you're considered to be a bit weird if you don't wear makeup. Such is life. 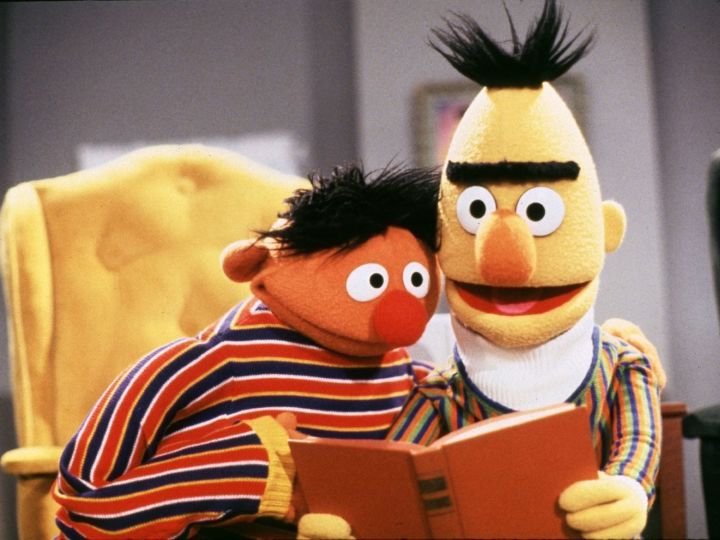 Remember Bert and Ernie? What about Jay and Silent Bob? Those two dynamic duos were probably the last male heterosexual life-partners that ever hit mainstream media.

Nowadays, this trope is never really seen in major television series, primarily because of the connotations people assume. Since the 1950s, this trope started to die out because people began to point out that, hey, these characters might be gay.

After a major "gay panic" suggesting that these characters could spread homosexuality, writers started to phase this out of their retinue. Once being gay became okay, it stayed phased out because it just wasn't really necessary anymore.

Oh, if only Grubhub had this guarantee, am I right? Back in the 1990s and 1980s, Dominos pizzerias would offer delivery throughout their town in 30 minutes. Should the delivery guy come later then half an hour, the guarantee was that the pizza was on the house.

The marketing gimmick spread to other pizzerias, but was discontinued after people started getting into accidents. After the promo went out of style, this ploy quickly turned into one of the more modern, albeit forgotten, television tropes.

While this is a food guarantee that some might miss, on the plus side, we're free of a lot of the gag-worthy retro foods people actually ate. You probably laughed when Timmy's mom put broccoli in jello to make it healthy on The Fairly Odd Parents, but guess what; people used to do much worse. When they weren't ordering pizza, they were doing pretty weird stuff with food. 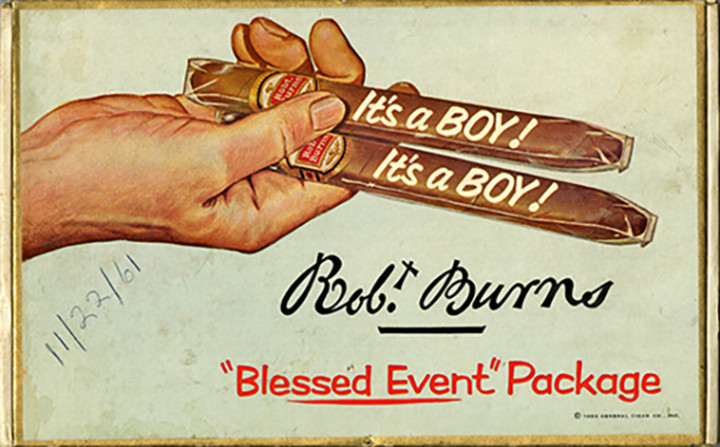 Ever notice how many old-timey cartoons had a nervous dad-to-be celebrating his child's birth by passing out cigars to everyone he saw? It used to legitimately be a tradition, and in many cases, the new dad would be smoking up a storm, too.

This trope died out during the 1970s, when smoking stopped being cool and started being seen as a health hazard. That being said, some people still hand out chocolate cigars to herald a new addition to the family. So, this trope isn't entirely dead.

Alright, this trope irks me. As a broke millennial, I really am upset that bank toasters are forgotten retro television tropes. Apparently, back in the 80s, people used to get free toasters for joining a bank. Nowadays, we're lucky if we get a stuffed horse or a pen.

Sure, the household appliances given away by banks weren't too good, but still. I want a toaster! Where's my toaster?!