by Riley Raul Reese 10 months ago in tv

You brag about having watched every episode of a TV show about one of America's favorite animated families, but did you know these Family Guy facts?

Ever since Peter Griffin first waltzed down the stairs in the first ever Family Guy intro, we have watched the Griffin family grow into a part of our heats and lives. We learned to love Peter, Lois, Meg, Stewie, Chris, Brian, and even Meg.

As one of the very few shows to be cancelled and returning to airwaves due to popular demand, Family Guy remains one of the most popular cartoons in existence.

Over the years, the show has been the root of many different pop culture references, and remained a staple of non-sequitur humor. But, as popular as it is, most people aren't fully aware of all the Family Guy facts out there.

Superfans, did you know these things about your favorite show?

Many Family Guy facts center around the pop culture references that the show's writers manage to sneak in into episodes—and the intro is no exception. What is different though is the level of subtlety that the writers managed to sneak in when it comes to this reference.

You know how the show always starts off with Lois and Peter singing at the piano? That's actually an homage to the hit 70s show, All in the Family. Those were the days, right?

Unsurprisingly, the show also had a tribute to the same show later on in the series. It seems like a Seth MacFarlane is a huge fan!

The show's second cancellation was halted by a petition. 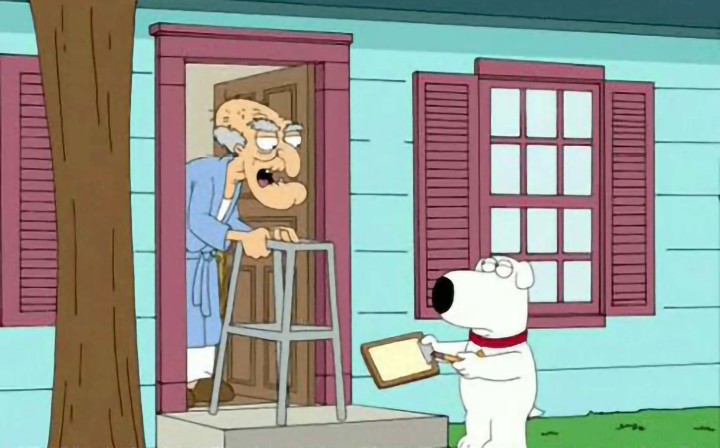 Family Guy has the dubious honor of being cancelled and revived from the "dead" not once, but twice. The first time around, executives noticed that there was a serious cult following for the show and revived it. This instance is common knowledge.

The second time it was cancelled, fans sent out a petition to stop the cancellation and bring the Griffins back. Around 100,000 fans signed it. The show went back on air, once again, due to popular demand.

You know how Peter Griffin and the chicken keep getting into epic, hand-to-hand combat fights? Most people just know the guy as "the chicken" or "the Chicken Man."

Folks, that's not his name. His real name is Ernie. Ernie the Chicken. How's that for an amazing, small detail about Family Guy?

Lois Griffin wasn't originally supposed to be a redhead. 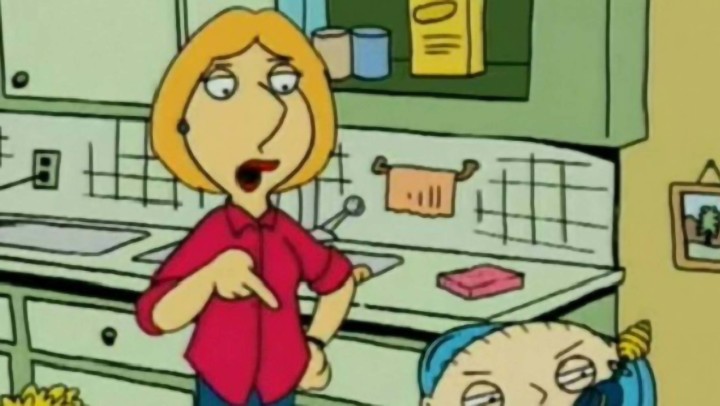 Trademark as it is now, Lois Griffin was originally meant to be a sandy blonde! The pilot clips show that she had blonde hair rather than red hair. They changed it for reasons unknown, but the kids actually retain their original hair color.

The original Family Guy has changed very little outside of Lois's hair. Other changes continue to develop, but they're way more subtle. Even so, it seems like Peter Griffin's IQ continues to plummet.

This is one of the few Family Guy facts that superfans might have noticed if they're super observant. In every episode of the show, writers add in at least one character asking another, "What the hell?"

Go ahead and watch an episode. You'll hear it at least once, and will finally witness one of the most common inside jokes that writers share with other people about the show.

Quagmire is basically a walking anachronism. 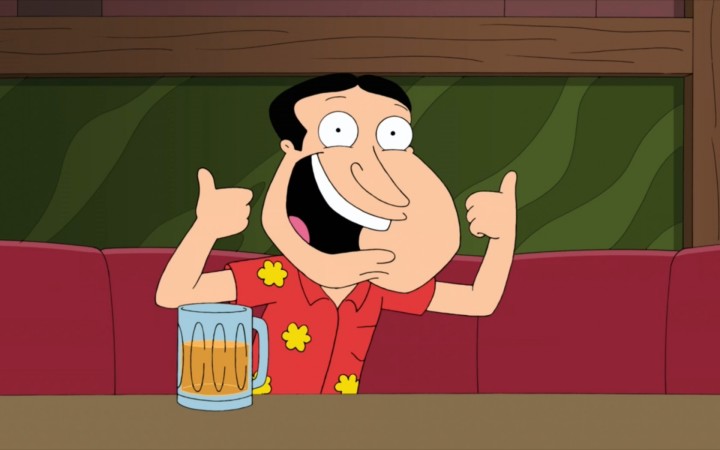 Youthful as he looks, don't be fooled. Quagmire's driver's license proves that he's 66 years old. He looks 40, too. But, that's not the only anachronistic trait involving Glenn Quagmire that the show secretly hides!

Quagmire himself is supposed to be a walking, talking anachronism.

Quagmire's voice was based off radio announcers from the 40s and 50s, as was his wardrobe. Even his hairstyle is supposed to be reminiscent of the 60s. Now the whole "Hick-a-Zoola" scene makes sense, doesn't it?

While you don't need college to be successful, Seth Macfarlane definitely owes a lot of Family Guy's success to his college years. Peter Griffin himself was based off a security guard that used to patrol the halls of his university.

According to MacFarlane, he absolutely loved the guy's "thick, boisterous accent," and found him to be a perfect character. You can't help but wonder if the guard knows he's an inspiration to MacFarlane.

Seth MacFarlane also broke a couple of records with the show. 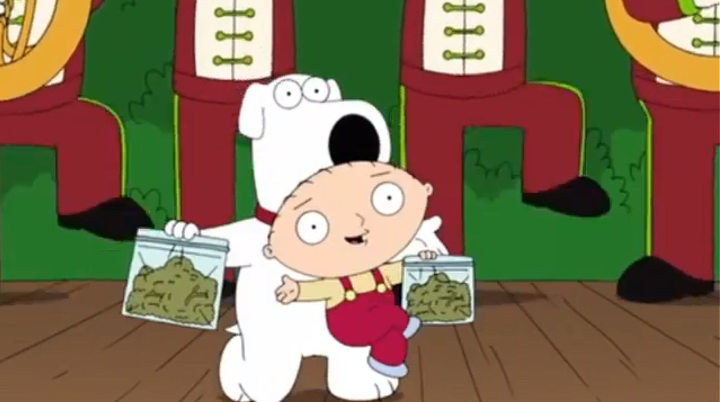 One of the more well-known Family Guy facts you'll hear is that it has become the very first animated show to be nominated for Outstanding Comedy Series by the Emmy awards. It was also the show that got Brian Griffin an award from High Times for "Stoner of the Year."

What you might not realize is that it's also caused Seth MacFarlane to break a record. When he created Family Guy, he became the youngest executive producer in all of network television. He was only 24.

You'd think with all the spoofing that Family Guy does on Adam West, the original Batman wouldn't be a fan of all the jokes that crossed the line in the show at his expense, right? Not true! Adam West actually enjoyed watching the series while he was alive—even when he wasn't playing the mayor, being married into the Griffin family, or hitting it off with Meg Griffin.

When West died, Family Guy paid tribute to him by airing the episodes that featured his voice. That's some serious love right there!

The original concept of Family Guy was a bit darker. 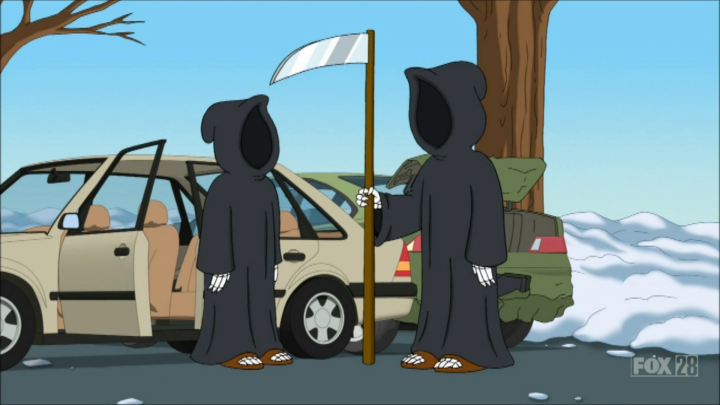 With all the Family Guy facts we stated being so happy-go-lucky, it's hard to imagine there being a dark side to the show. Originally, each episode was supposed to be named after a 1940s radio show episode from noir titles.

The titles themselves were not supposed to have anything to do with the episode. They just needed to be morbid in vibe. Creepier still, death was supposed to be a theme in every single episode. That's pretty insane, considering how lighthearted many episodes ended up becoming.