by Alex Johnson 13 days ago in console

A story about myself, the old generation and my nephew, the next generation 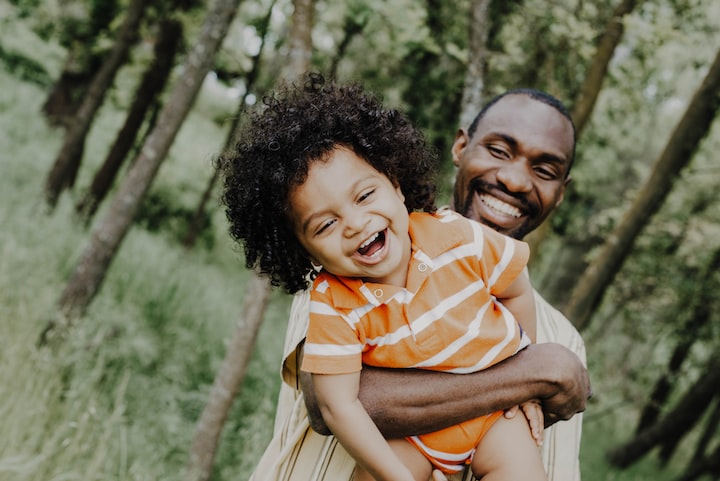 Photo by Joice Kelly on Unsplash

I grew up in the 90's, the games at the time I felt were rudimental, easy and held simple challenges for the player to complete. I remember my dad playing Metal Gear Solid on the Playstation before he left for work in the morning. He wouuld tell me never to overwrite all the saves he had - at the time, memory cards held only 1MB of space, oh how far we've come. So when it came to me playing anything, it would mean a constant 'New Game' start everytime it was my turn to play.

Weirdly, it was Final Fantasy 7 that would catch my interest each time. It was the PS1 game we had that wasn't 'chipped' and I still have the original discs and booklet in its case. The first boss, the scorpion would be defeated each time but rarely would I be able to escape the reactor before the bomb, and subsequently the reactor itself would explode, resulting in a game over. I used to be scared by game over screens, the haunting presence of failure, running out of the room in fear of impending doom, but I would always come back for more. Yes, quite weird I know.

Cut to the 2000's and my games of choice were Call of Duty-esque shooters, like most teenage boys at the time. Searching for 360 no-scope clips to send to reputable YouTube highlight channels, always coming up short and overlooked by them. But yet is was what me and my school friends enjoyed; constant killstreaks, firing nukes and using snipers in close quarters combat. Call of Duty 4: Modern Warfare will always be the definitive experience for me, a game by which all modern shooters compare to. Back then there were no microtransactions or pay-to-win schemes, it was all about skill. Towards the end of the decade my nephew would be born, time to show him the ways of the gamer.

I was 16 at the time of my nephew's birth and I imagined what kind of gamer he would be. Would he be like me or choose his own path? Only time would tell. By the age of five, I had introduced him to all the age appropriate games that I knew, from past to present, that being 2015. But he always enjoyed watching me play shooters, he says the passion and excitement on my face as I played and maybe it had an effect on him. I remember the day I gave him a controller so we could play Call of Duty together, getting eight kills in his first session at age five; 'crazy', I thought at the time, but little did I know how good he would become.

It wasn't too long before he was beating my scores at all the games I had loved playing, the student becoming the master it seemed. The crux was Fortnite, the open-world builder/shooter that blew up in 2018 thanks to its battle royale mode. He was as transfixed by it as I was distant from it. The open-world setting was something I wasn't accustomed to, I could be eliminated from anywhare and had to build structures quicker than the speed of light to keep up with the common player. But my nephew, even at such a young age was amazing at it and to this day I have no idea why. Maybe it was power of youth and that I was becoming older, but I was 25 then, not too old yet. Once he found out that people can have careers as professional gamers, he became a different kind of animal.

My nephew doesn't live with me but I hear of his winnings in Fortnite competitions, not near the big leagues of the streamed Twitch competitions but close enough for me to consider his incredible skill. He's 11 now but his hands move so fast as he builds, destroys and eliminates his opponents. Who knows how far he could go? Whether he is destined for greatness in Fortnite, only time will tell but I know for a fact he'll go far. I'm 28 now and I'm part of the old generation, and him? A new generation, a global generation, ready to take the world by storm.

Writing whatever comes to mind.

Receive stories by Alex Johnson in your feed
Alex Johnson
Read next: Review of the Rewarded Play App for Android Users