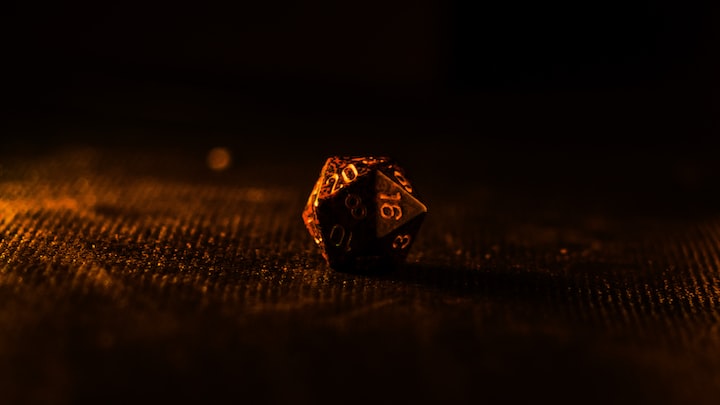 Photo by galxrax rax on Unsplash

Barbarians are the archetypal tank in D&D. They can take damage all day and they can sure as hell dish it out as well. They’re more likely to serve on the frontlines than sit in the back. Barbarians are an excellent melee character with the great ability to tank fights and deal high levels of damage. Barbarians excel in terms of sheer survivability and their ability to bring the fight to the enemy.

While all barbarians revolve around using their rage in order to fight to their best extent, the Berserker rages with a pure and glorious intensity that allows them to fight against even the strongest of enemies and survive. The more the bloodlust consumes them, the stronger they get, fighting recklessly and making multiple attacks in quick succession. Follow along and learn how to make the most out of your character’s fury.

How to Build your Berserker Barbarian

Barbarians are heavy hitters and tanks first and foremost, so depending on which one you value most, damage or tanking hits, Strength and Constitution are paired pretty evenly as far as primary ability scores go. Your strength will also increase your ability to hit, deal damage and Athletics checks for grappling dangerous enemies, whilst your Constitution obviously lends itself to increased hit points and increased Armor Class with your Unarmored Defense.

Secondary to these two ability scores, Dexterity easily comes in second, as it also increases your Armor Class. But, alongside your Danger Sense ability, it increases your Dexterity saving throw, meaning you're more likely to take half damage from things like fireball and dragon’s breath that would otherwise get around the resistances you gain from your Barbarian’s rage.

Since the advent of Tasha’s Dungeons and Dragons racial ability scores are flexible, which means you should put your main bonus in Strength and Secondary bonus in Constitution. If, however, your DM isn’t using the Tasha’s rules, you should aim for races such as Orcs and Half Orcs who gain +2 to Strength and +1 to Constitution. Orcs also have the Aggressive trait, which allows them to use their bonus action to move their speed, closing the distance faster with your attackers as a melee combatant. Half Orcs gain advantage on Intimidation checks and have Relentless Endurance, allowing them to not drop to zero hit points once per long rest. This, in addition to their Savage Attacks ability, which gives them an extra die on Critical Hits makes them excellent Barbarians.

Dwarves also make excellent Barbarians because of their high Constitution, but the Duergar race in particular gain +2 to Constitution and +1 to Strength, as well as gaining traits such as Superior Darkvision, Dwarven Resilience, Stone’s Endurance and Stonecunning, which makes the Duergar Barbarian a fantasy tank for Dungeon settings or subterranean caverns. On top of all of this they have the ability to cast the spell Enlarge on themselves, which gives them advantage on Athletics and increases their damage. If your DM doesn’t allow Duergar, consider Mountain Dwarves who gain both +2 Constitution and +2 Strength, making them all around one of the best races purely based on ability score bonuses.

Lastly, the Minotaur gains +2 to Strength and +1 to Constitution and have the Imposing Presence, which similar to the Orc gives them advantage on Intimidation checks. Pair that with their horns, which gives them a natural weapon they always have on them. In addition, these horns can be used to make a bonus action attack if they take the dash action, allowing them to close distances with enemies and still gain some additional damage. As melee combatants, anything that helps the Barbarian cover greater distances and get to the ones they want to be hitting, is quite useful.

The number one feat for Barbarians of all kinds is Great Weapon Master. Great Weapon Master allows you to take a -5 to hit to deal an additional 10 points of damage with a two handed weapon. In addition, when you score a critical hit or knock a creature to 0 hit points, you get to make another attack as a bonus action, possibly giving you even more damage over the course of one turn. Great Weapon Master is the go-to Barbarian Feat.

If you already have Great Weapon Master and your Strength is where you want it to be, consider grabbing the Durable Feat. Durable increases your Constitution by 1 and allows you to regain a minimum of twice your Constitution modifier when you roll hit dice on a short rest. If your con is a +4 that means when you roll your D12s, you can’t get less than an 8. This allows you to take a short rest, and regain almost all of your hit points exceptionally easily after a tough fight, and saves your party healer some spell slots or the party some health potions.

Other feats such as Tavern Brawler, gives you +1 Constitution or Strength and allows you to use improvised weapons, can be useful in more unique situations. Gift of the Chromatic Dragon allows you to use your Bonus Action to infuse your weapon with elemental damage, giving your attacks even more damage and lastly, Grappler can be useful if you are going for an Athletics build in order to pin enemies and steal deal damage, keeping them away from the squishier spellcasters.

Writer, MCU lover, and HUGE RPG nerd (but especially D&D). I have been a ghostwriter for blogs and other publications for 5 years now, but love the freedom Vocal gives me. You can find me DMing an outrageous Homebrew Campaign every Monday!

More stories from Theo James Taylor and writers in Gamers and other communities.