by Matthew Bailey 2 years ago in action adventure

The people of Earth in 'Horizon Zero Dawn' have grown into several tribes that you can discover through your wanderings.

If there is one thing that exceeds expectations in Horizon Zero Dawn, it's all the minuscule details that went into the development of a world set in a post-post-apocalypse. The game both hints toward our technologically advanced society as well as the potential regression that our culture could face with the incorporation of that very same advanced technology.

When Guerrilla Games brought the concept to #Sony, they were shooting for a chance to bring something incredible to the market. And based on my experience as well as countless other players, Horizon Zero Dawn is one of the most beautiful and functional games to hit the market in years. The team behind Horizon Zero Dawn put a lot of thought and time into developing the world that you get to explore. 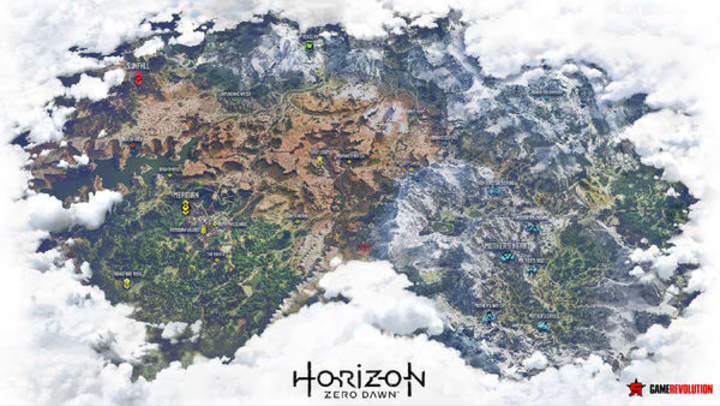 Part of what makes the world in Horizon Zero Dawn so amazing is the diverse population that exists in this post-post apocalyptic world. Even with the overwhelming presence of the mechanical tyrants, it seems that life has found a way - and the people of Earth have grown in several tribes that you can discover through your wanderings.

So, here's what you need to know about each of the tribes that you'll encounter in the game. 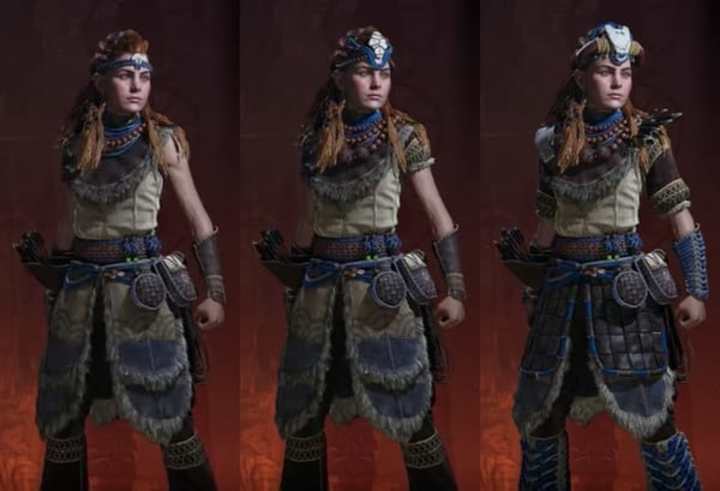 This is where the story begins for Aloy. As an outcast, Aloy looks in from the outside at the outset of her adventure. The Nora are a tribe that does not care for outsiders period, whether that be Aloy or any other tribe. Focusing on a matriarchal leadership, women in the Nora Tribe are revered and admired by all tribesmen.

The Nora worship the All-Mother, a goddess of nature and they believe that as followers of the All-Mother they are forbidden to leave the sacred surrounding of the mountainous lands that they live in.

The hatred that the Nora have for the other tribes runs incredibly deep, as they once fell prey to the power of the Carja tribe. As you can imagine, the tragic history wore heavy on the Nora and they chose to pursue the life of hunting and gathering rather than developing into a more civilized community. 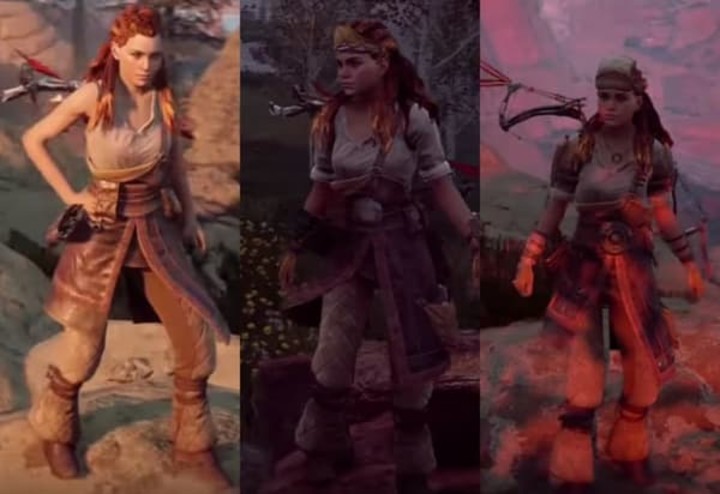 The Oseram are a pivotal tribe to the lore of Horizon Zero Dawn. It was thanks to their alliance that the tyranny of the Carja tribe was finally put to an end. The Oseram are a very welcoming tribe, although they can sometimes appear to have bad manners because of their forward nature.

Part of the Oseram's history resides in their mastering of metallurgy and steel-working. Their craftsmanship is known throughout the world, as they have the strongest steel armors and most powerful weapons - and even the lightest of armors appears far superior to anything that the other five tribes could craft.

The Oseram are very strong fighters, and tend to use force only when necessary; and always strategically. 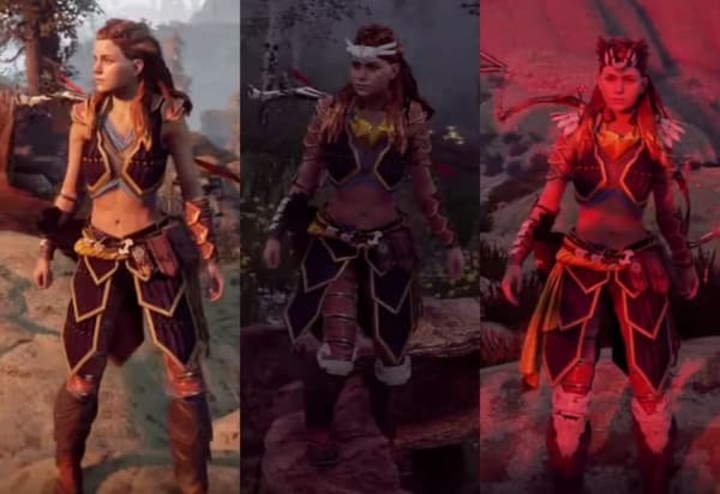 By far, the Carja are the most civilized of the tribes in Horizon Zero Dawn. Residing primarily in Meridian, also known as the City of the Sun, they are focused on commerce and trade compared to war and fighting. The city of Meridian is filled with merchants who will likely try to sell you everything and then some.

As a whole, Meridian and the Carja seem to be the most developed as they have mastered masonry and have built their cities our of stone and mortar rather than sticks and branches as the other tribes have done.

Yet, the Carja have a long way to go to earn the trust and respect of the other tribes, as the previous king waged war against all other tribes to claim sacrifical slaves. His tyranny stole many young warriors from the Nora and the other tribes until his son, Avad, made a secret alliance with the Oseram to put an end to his father. With his actions he sought to bring peace and unity back to the tribes. 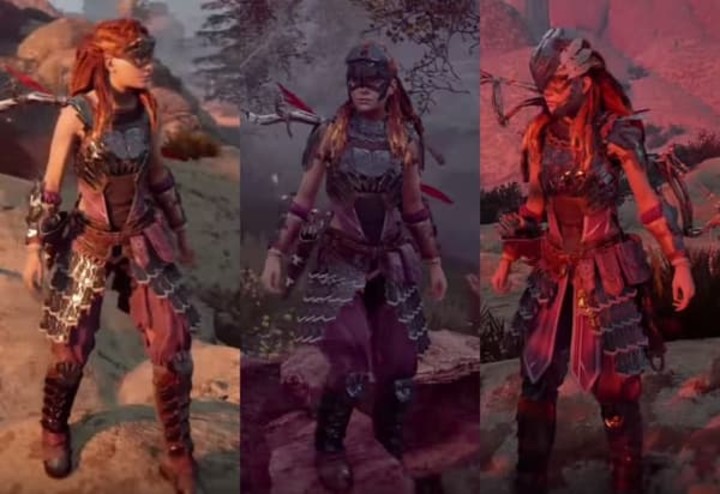 Every story needs a evil faction, and the Shadow Carja are just that for Horizon Zero Dawn. The Shadow Carja were a collective group of Carja who wholeheartedly supported the former Carja King and his war against the other tribes. They feed on the fear that the former king instilled, and after he was overthrown they splintered off and claimed a citadel in the far west region of the world in Sunfall.

The Shadow Carja are brash and violent, and are willing to hurl a spear at you if you cross their paths incorrectly. They are the most brutal and violent of all the tribes, chosing bloodshed over peace at every chance they get. 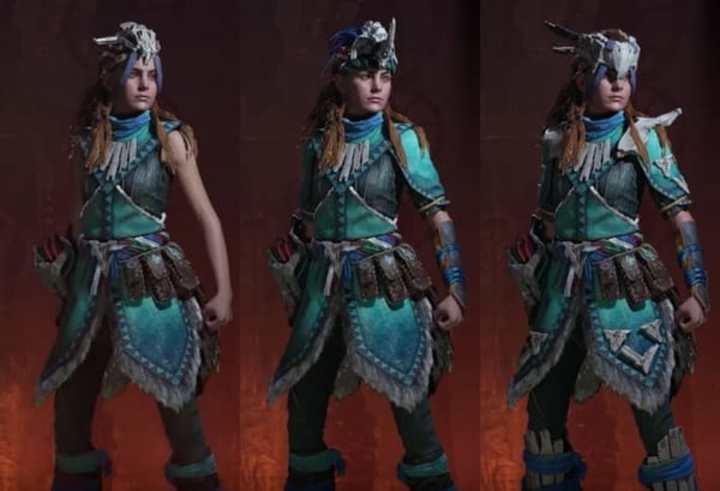 As the last tribe of Horizon Zero Dawn, the Banuk are easy to miss and you could travel across the entire world without crossing paths with a Banuk tribesman. They are tucked away in the northern-most region of the map, and because of their location, you'll likely rarely ever visit them.

The Banuk tribe has focused on living a life of harmony: within their tribe as well as with the mechanical beasts that roam the world. Yet, harmony isn't always possible so the tribe is filled with mystical shamans and fearless hunters who are constantly trying to prove themselves against the world around them.

The Banuk prefer the challenge of their livestyle rather than making any attempt to interact with other tribes. Their isolationist society matches that of the Nora, and because of it they are seen as just as primitive and savage as the Nora by the other tribes of Horizon Zero Dawn.