RJ
by Roy Jones 2 years ago in rpg

A PC classic from 1999, Kingpin: Life of Crime caused a lot of controversy on its release due to its graphic and violent nature. It was also pulled by a lot of retailers due to its proximity to the 'Columbine High School massacre' which happened near the time of its release. For the time, the graphics were amazing from the facial features of the thugs to the cleavage of the prostitutes. 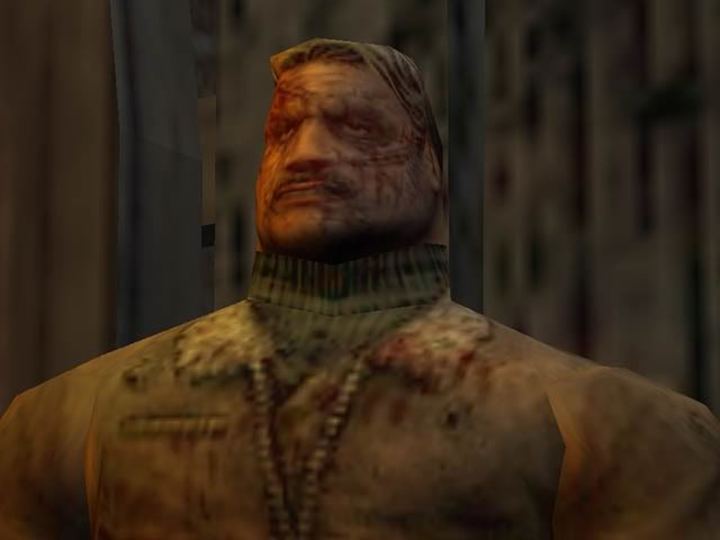 When you meet the main character, the guy has had a bit of a kicking.

Unfortunately, gamers these days are spoiled and this will look dated but I remember playing this over a decade ago and can still feel an appreciation for the graphics. The game could be described as an RPG first-person shooter. You play a thug 'from a past that never happened' as quoted by the game manual. The game takes place on the streets which have a thirties futuristic look to them. Times are hard, but guns and crime are easy to come by. Your character finds himself beaten up in an alley for treading into 'Poison Gun' by two heavies who work for the Kingpin. He picks himself up, vows revenge, and ultimately goes after the 'Kingpin.'

You think you're a gangster aye? 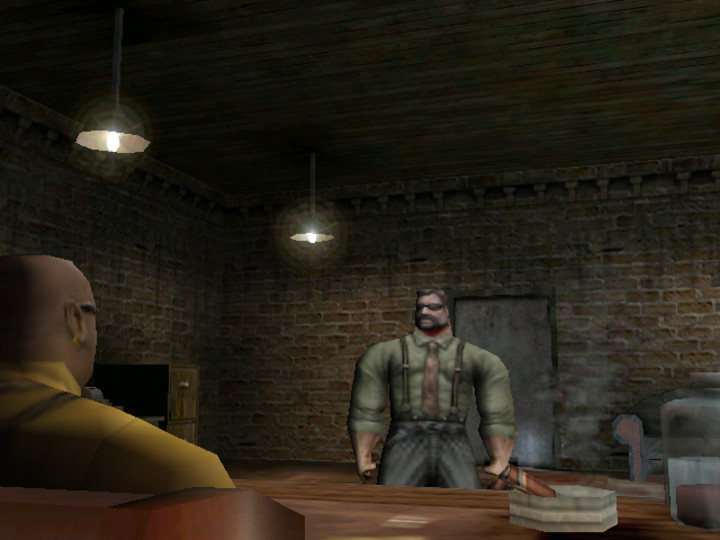 The KINGPIN, responsible for your beating and the main focus of your vendetta. His soldier is telling him about the 'count.'

The game is from a first-person view perspective, the first weapon you come into contact with is a lead pipe and from then on the game presents puzzles and characters on the way to arming yourself. The areas are small by today's designs but at the time they were large. The environments include street corners, alleys, depots, and pawn shops; all really nasty looking, as is the theme. The first group of characters you encounter is a guy in a string vest asking for a dollar and a couple you might see on Jeremy Kyle, one a meathead armed with a pipe, his self-described 'bitch' with curves to match, although she looks like she's spent a year on crystal meth 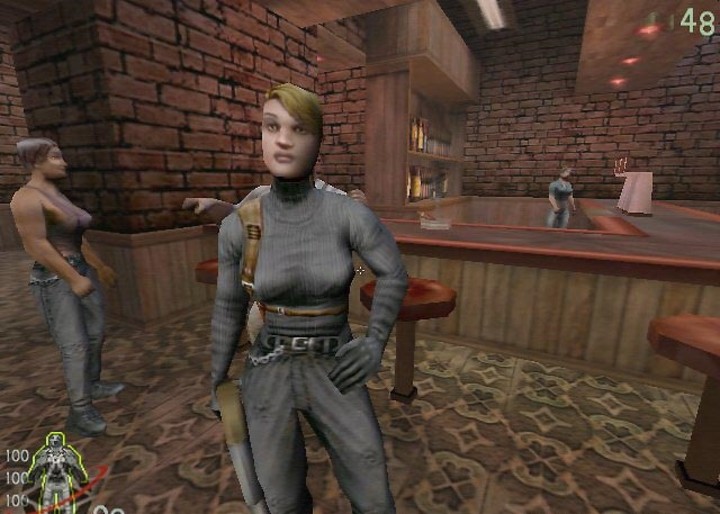 Some characters can be hired for your gang.

You can have positive and negative interactions with these characters but some just want to throw down, if you continue to pester the couple, they will attack. The game is a puzzler as well as a shooter, talking to the characters in the environment will give you clues how to proceed. I initially sneaked into the depot and stole something for the Pawn Shop owner but the game doesn't seem very linear, alternatively you could have stole the liquor for the drunk who would give you the combination for the safe. From there on the game is mainly a shooter and a difficult one at that. I played on a normal setting struggling with numerous encounters. Thugs can take numerous shots and the tactics I used was to go right next to them and blow their limbs off with a shotgun. 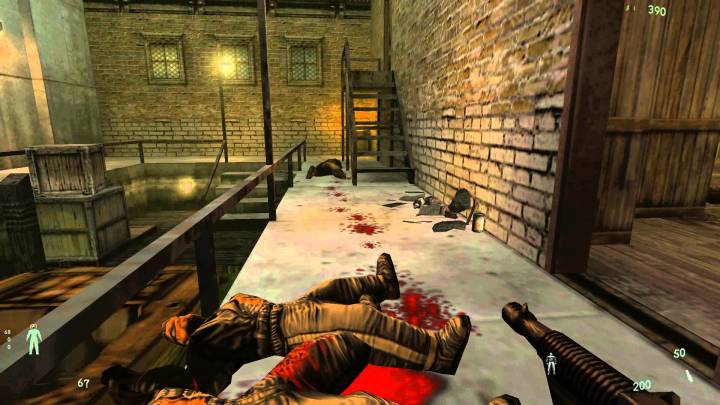 The deaths are pretty gory for the time.

Very fun by the way but frustrating at times, as you often found yourself outnumbered. This introduces another element to the game which is to recruit thugs from the street and the bar. This gives you the feeling of a street gang but at times I left them to do the shooting on their own as I found I survived that way. There was a way to 'sneak' using the keys but I found myself spotted most of the time and running away. You can tactically utilize cover but I think even experienced first-person shooter players will struggle here. The lingo in the game's story mode takes on a life of its own.

Every other word from the character's mouths was a swear word or a curse, which added to the mature feel of the game. There's one particular scene I like where four foot soldiers are talking about their losses in the area. These guys are the lowest of the low, not wearing t-shirts, tattooed from head to toe, they have some unkind words to say about the player. We don't get to see much of a background about these characters which is a shame, but it's probably because you, as the player, are going to kill them fairly shortly. The soundtrack seems to sample a couple of Cypress Hill tracks, which is a welcome addition and goes well with the theme of the game. It's a clever blend of RPG and shooter elements, probably ahead of its time.

A great game if you can get past the fact that it was made over a decade ago, but for pick up and play value, I'm gonna have to give it 3 out of 5.