Strange events not officially denied by the Soviet Union 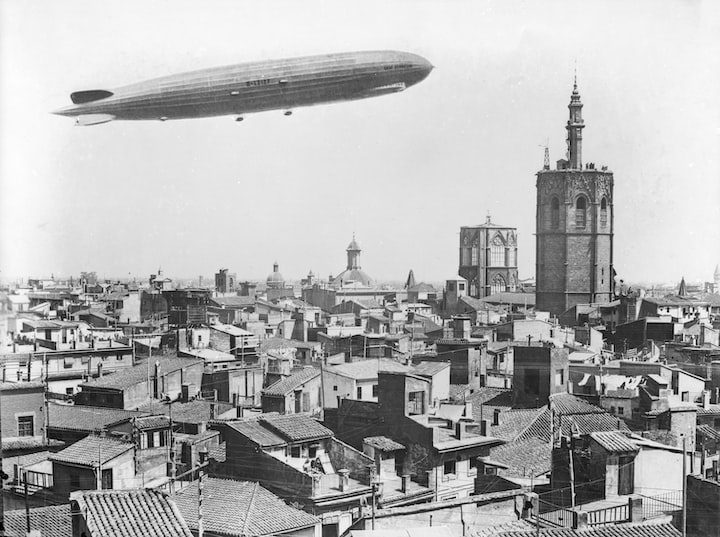 To modern scientific knowledge, the universe is a vast, deep space in the end there is no existence beyond human perception, which no one can say. There has been no shortage of puzzling strange phenomena around the Earth, the United States space image analyst Mark Anthony mentioned in his research, that he has more than once observed: "a fire seems to have wings skimming the Earth at high speed". The more bizarre is that the "wings" are still fluttering so that this group of unknown things seems to have life.

It is no coincidence that according to some NASA staff, almost the same thing has repeatedly appeared in the official report. Historically, the most realistic and "official" incident of this kind was recorded by the Soviets, and it was even "acquiesced" by the Soviet authorities.

The loss of the Soviet space station "Salute VII" in 1985 must be no stranger to anyone. On February 11 of that year, the main radio transmitter of Salute VII suddenly shut down, and the staff of the ground control center thought that it was caused by the tripping of the space station. However, after some recovery, the situation did not improve but became worse. Soviet experts assessed that Salute VII was probably out of control at this point, and there were only two ways to go: either send cosmonauts to manually repair it immediately or rush to launch a missile to destroy it - a move to prevent the U.S. from running off and hijacking it for itself.

In fact, at this time, the "Salute Seven" is not the usual bad situation: it is not only off track but also at a very high-speed rotation; coupled with the station has been lost, the astronauts have to complete manual docking in the near-bright eyes of a dark situation, which is almost a science fiction movie. The rescue of Salutation 7 was a feat of human spaceflight history, knowing that it happened more than 30 years ago. But that's not the point - before that, the Soviet cosmonauts on the space station witnessed a bizarre scene more than once.

About six months ago, cosmonauts Leonid Chizmi, Vladimir Soloviev, and cardiovascular physician Oleg Petkov, who was on duty on the space station to monitor the health of the cosmonauts, saw an amazing sight: an orange-red glow inexplicably appeared not far from the window, which looked like an enhanced version of the "fire cloud ". Seeing this, the three immediately as if the enemy - based on experience, they estimated that there was some kind of explosion nearby. If the response is not timely, the space station may be affected by the ripple. But then something strange happened: the cloud began to morph and eventually took the shape of a man; according to eyewitness accounts, it looked like a winged angel. This "angel" is also very large, estimated to be as long as a Boeing 747 airliner.

The emptiness of space suddenly emerged from tens of meters tall giant, not moving and not talking, just staring straight at themselves, this scene is also enough to think of horrifying. But the Soviet cosmonauts said they felt some kind of "communication" between each other: three people with the "angel" looked at each other, and soon fell into an indescribable state, in short, a calm and pleasant, very comfortable. This situation lasted for about 10 minutes.

About half a month later, the "angel" came again.

On July 17, 1984, the "Salute VII" space station completed a crew replenishment with cosmonauts Vladimir Zhanibekov, Svetlana Savitskaya, and Igor Volker aboard the Soyuz T-12 spacecraft. Docking. At the end of July, the vision happened again and, like the first time, the cosmonauts later reported that they felt "very comfortable". There is also an unconfirmed claim that at least seven "angels" appeared outside the window at the same time that day, looking into the eyes of six Soviet cosmonauts for several minutes.

As we all know, the top of the cloud is space, there is no so-called "heaven", so what are these "angels"? After the file was made public, scholars immediately launched a heated discussion on this, trying to solve the mystery. The experts started with psychology, claiming that astronauts working in the silence of space, surrounded by infinite darkness and nothingness, were naturally under great mental stress. In addition, the fact that the historical "Salute 7" was not a perfect piece of work due to its many glitches, added to the psychological burden of the astronauts. In this case, the human senses become extremely hyperactive and will magnify some simple things. The astronauts saw the "angel", most likely the space station solar panels' reflections.

Some experts have added: that the so-called "angel" that can flap their wings is a reflection of space junk constantly flipping, and sometimes the sunlight reflected the "salute to the seventh" glass caused by. The broken pieces from the blind spot suddenly intruded into the astronaut's field of vision, naturally giving the illusion of "appearing out of thin air". Although this hypothesis seems very reasonable, opponents still raised questions: what kind of light is reflected from the broken pieces, so that multiple astronauts feel it up to tens of meters; and what kind of reflection, so that the six witnesses coincidentally said "very comfortable"?

As we said at the beginning of the article, the "Salute 7" strange encounter is not an isolated case, NASA staff more than once recorded a similar situation. They even witnessed an unidentified object similar to the "angel" described by Soviet cosmonauts flying out of the Earth straight into space and soon disappearing without a trace.

From a materialistic scientific standpoint, scientific researchers are temporarily unable to explain these space visions, but this gives religious believers reason to cheer. It has been suggested that the "angels" recorded in many religious texts are not winged human beings, but some kind of "pure spiritual beings"; they do not have a fixed shape, but take on different material forms on different occasions. For example, when they come to earth, they will take the form of the "angels" we know. In general, they remain "pure" and look like a glowing cloud - doesn't that sound exactly like the Soviet cosmonauts' description?

Others believe that the so-called "angels" do not exist and that they are just a story made up by the six Soviet cosmonauts on Salute 7. They did so to give their space journey a layer of mystery, to gain more attention. Of course, this speculation is completely naive.

After these astronauts returned to Earth, they first had to undergo a very strict psycho-physiological examination, according to information, their physical and mental conditions are all normal, and there is no possibility of collusion to lie. Put another way, the astronauts do not need to do so: for them to be able to go to space to carry out the mission, which is the highlight of their careers, and astronauts want to be given a heavy responsibility, all aspects of complete health are the number one requirement.

The astronauts claimed in their reports that they saw demons and monsters, or made some descriptions beyond human perception, how could the top brass not suspect that they were mentally ill? If they were labeled as "mentally deranged", it would almost mean the end of their careers for the astronauts. They would have avoided such a thing and would have been less likely to deliberately make an issue out of it. In contrast, it was truly courageous for the astronauts to confess what they had seen in the most bizarre but straightforward way in the report.

What is even more significant is that the Soviet authorities, who were staunchly materialistic, did not conclude this and never tried to dispel the rumors. The authorities even took an ambiguous attitude in the face of all those fabulous speculations. This inevitably makes people suspect that there are some deeper secrets than "ghosts and gods"?

Science and art are two sides of a coin

More stories from Carlo Phil and writers in FYI and other communities.