Boris Pushes Ahead With Ditching Parts Or All Of The Northern Ireland Protocol He Agreed With The European Union.

by Nicholas Bishop about a month ago in Historical
Report Story 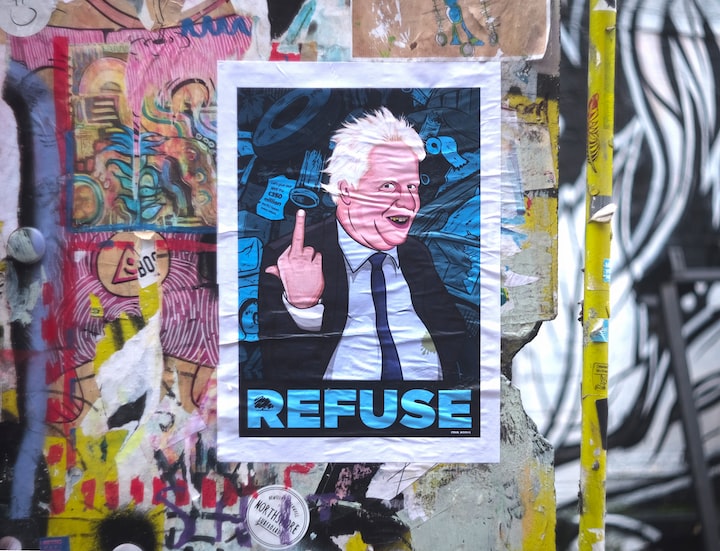 The idea of changing parts of the Northern Ireland protocol is controversial. The Protocol is part of the Brexit agreement as signed by the UK and EU in 2019.

The idea is for Northern Ireland to be free of EU rules and to make it easier to trade with the UK. However, the European Union said scrapping or partly scrapping the protocol is illegal. It is against international law and would damage the UK's standing internationally.

The European Union is seeking legal advice if the government's plan comes to pass. No doubt, Mr. Johnson will also have sought legal advice ovder this. However, Mr. Johnson is reckless and seems to have no regard for what is and what isn't legal. Law breaking seems to be water off a duck's back for the Prime Minister. The Prime Minister given his background seems to think he is above the law. The Prime Minister in that regard behaves rather like a monarch and that cannot be correct. Not unlike Prince Andrew while the rest of us are under the law.

The Labour party has attacked the government's changing of the protocol. The SNP's Ian Blackford poured scorn on it too. If the SNP win a second referendum on independence they would push for EU membership. Many Scots felt they were forced out of the EU as the UK left.

Sir Keir Starmer was a remainer voting to stay in the EU. However, Sir Keir accepted the vote which led to the UK exiting the European Union. Sir Keir said the politics of the past are done and we must move on. Sir Keir will announce that there is no rejoining the European Union. Nor will there be any rejoining of the single market, no rejoining of the customs union. There will be no freedom of movement from the EU to the UK. Sir Keir wants to make Brexit work and work well. Sir Keir wishes to be an honest broker between the parties in Northern Ireland.

Education Secretary Nadim Zahawi described Labour's plan as a "policy free zone". Ian Blackford has accused Sir Keir of going along with the Tories' hard Brexit plan. Zahawi and Blackford are certainly entitled to their views. However, Sir Keir knows full well we cannot go backwards and the UK has left the European Union. No one was more a remainer than Sir Keir yet he sees the writing on the wall. Many Labour voters lent Boris their vote in 2019 to make Brexit happen. Sir Keir will not go back to any involvement with the EU as it was. If he did he would alienate those leaver Labour voters.

Sir Keir on the back of his by-election successes knows he must break the blue wall. He must turn those seats former Labour seats red again if he wishes to become Prime Minister. Therefore, Sir Keir will act accordingly and hopefully bring this about.

More stories from Nicholas Bishop and writers in FYI and other communities.