by Jillian Spiridon 8 months ago in science fiction

This doorway may lead you down a path you never anticipated... 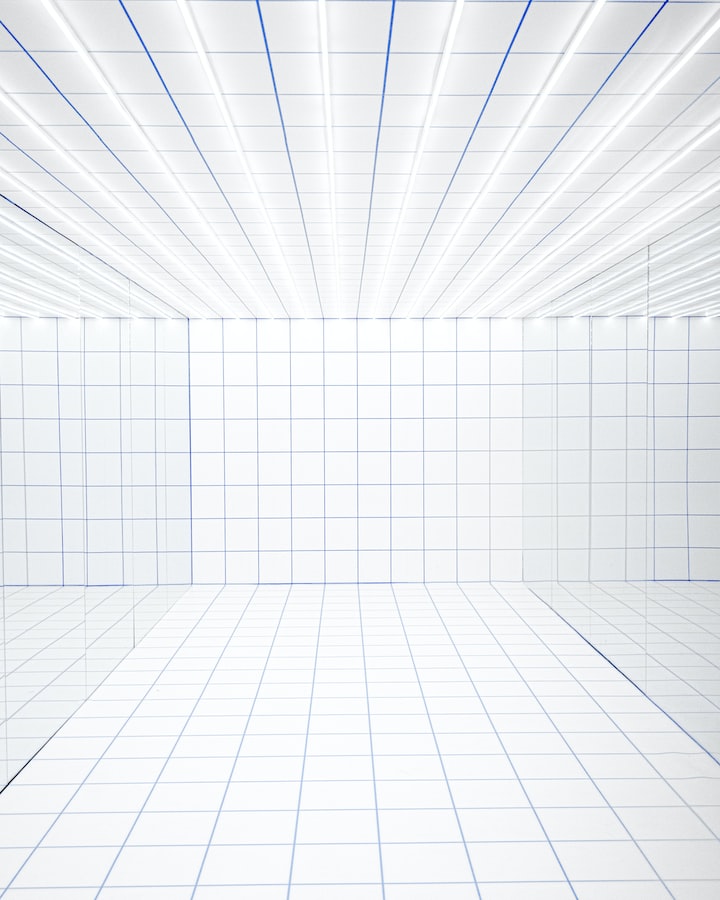 Photo by Kevin Chinchilla on Unsplash

For the first time in her life, Mac was going to the White Room—otherwise known as the Hall of Illusion, as her classmates liked to call it. The space was really just a room outfitted with simulation technology. She wasn’t sure exactly how it worked—not that her technician dad had ever failed in trying to get her to understand the inner workings of the design he had a hand in creating—but she knew its purpose: the white room existed to show you the future. Your future. Or, rather, the variations of it.

Her fellow seniors, all who didn’t have the misfortune of having a last name towards the lower end of the alphabet, had already experienced their own glimpses of the White Room. The final step before graduation was to walk into the Room, and most treated it as just another rite of passage. There were also no stipulations over what you could share about what you had seen in the Room either. Her best friend Dannah had already gushed about the masterpieces she would be painting for her own gallery in the years to come, and she already had the art school acceptance letter to back up the increased likelihood that her dreams would indeed become a reality.

Some others hadn’t been so lucky, it seemed. Aryn, the boy who barely spoke in her philosophy class, had been taken to the guidance office after his turn in the Room. Things like that had no precedent for happening, really, unless there was a major glitch in the simulation equipment—or if the occupant’s body had been in some kind of danger.

All that Mac cared about was that she would finally have some sense of what to do with her life. Sure, she had applied to colleges like the rest of her classmates, but nothing had really tugged her in a specific direction. Listening to people like Dannah just made Mac long all the more for some kind of spark that would make her realize what she wanted to do for the rest of her life. She didn’t know how her parents’ generation had done it; they hadn’t had the luxury of the White Room—it had only been in its developmental stages back then.

But when the proctor came forward and called Mac’s name, she ran her sweaty hands down her jeans. Why be nervous when glimpses of her future were going to unravel before her? Just think of it like a movie, she told herself, taking a deep breath. And you’re just getting to the plot twists.

There were protocols before entrance to the White Room was deemed safe: you had to have been fasting—just in case your stomach region reacted to the changing atmosphere of the Room—and you had to drink a clear liquid before you could go in, to loosen the boundaries of your psyche—an integral part of the process. After Mac drank the fluid, it left behind a minty aftertaste in her mouth.

When Mac finally walked through the waiting open door, she took another breath to steady herself. The outer edges of her vision seemed to glow, and she blinked furiously to try and clear it.

“Don’t fight it,” an encouraging voice came over an intercom. “That’s just the medication taking effect. You’ll see a series of images flash on the screen on the inner wall, and then your process will begin.”

Mac settled herself enough that she wasn’t fidgeting while standing in place. She waited, keeping her eyes on the wall, and then quick flashes began to appear before her eyes: someone’s blue eyes blinking at her, a lion opening its mouth in a roar, a blue-black butterfly flapping its wings, a ripple of water, two hands shaking each other.

But then she started to see other things. Her mother’s face, smiling. The birthday cake from her sixth birthday, the one with the blue and white frosting. The broken saxophone her dad hid in the closet. The family dog, Jojo, laying in the summer grass just months before she had to be put to sleep.

Mac’s head felt like it was spinning, and she thought she might faint. But something kept her standing, her eyes trying to take in as many of the flashing images as they could.

One blink, and she saw herself, years older, grinning. Her hair was cut short in a bob and dyed black from its normal dirty blonde. A baby bump protruded from her stomach, stretching the fabric of her white lace top, and she reached her hand back to grasp a hand—someone who was out of the frame of view, but the hand looked masculine and—

Another blink, and she saw another version of herself. This one was red-haired, breathing heavy, as she ran down a darkened alley. Her shoes splattered through puddles in the cobblestone ground. And Mac could imagine her heart was racing, pounding in time with every bound of her feet—

Blink, and now she stood as she was, barely any older at all, looking over her shoulder. And a satisfied smile stretched across her lips. This iteration of Mac turned, revealing that her entire shirtfront was bloodied, as if she had been fighting for her life—and won. Then this Mac—this potential future of herself—strode forward, wielding what looked like a machete, and she was so close—

Mac, the real Mac in the White Room, nearly staggered back, so sure her future self was ready to stab her to death. But steady hands grasped her shoulders. She let out a gasp, turning, only to see a white-coated woman looking down at her.

“It looks like you’ve had enough,” the woman said.

Mac let loose a heavy breath, her eyes skating back to the wall that had projected the other Mac—but it was white again, clear and unblemished. The future killer—who had been maybe months older, if that—was gone.

All she knew was this: she was going to be a mother, a wanted woman, or a murderer.

Whatever precognition she had been expecting to glimpse in the White Room, Mac knew now why some people didn’t want to know what the future held.

Her future was laid out in three different directions, but how would she determine which one actually came to pass?

Mac closed her eyes and knew that the answer would be far from simple.