What was once thought a publicity stunt is very, very real. 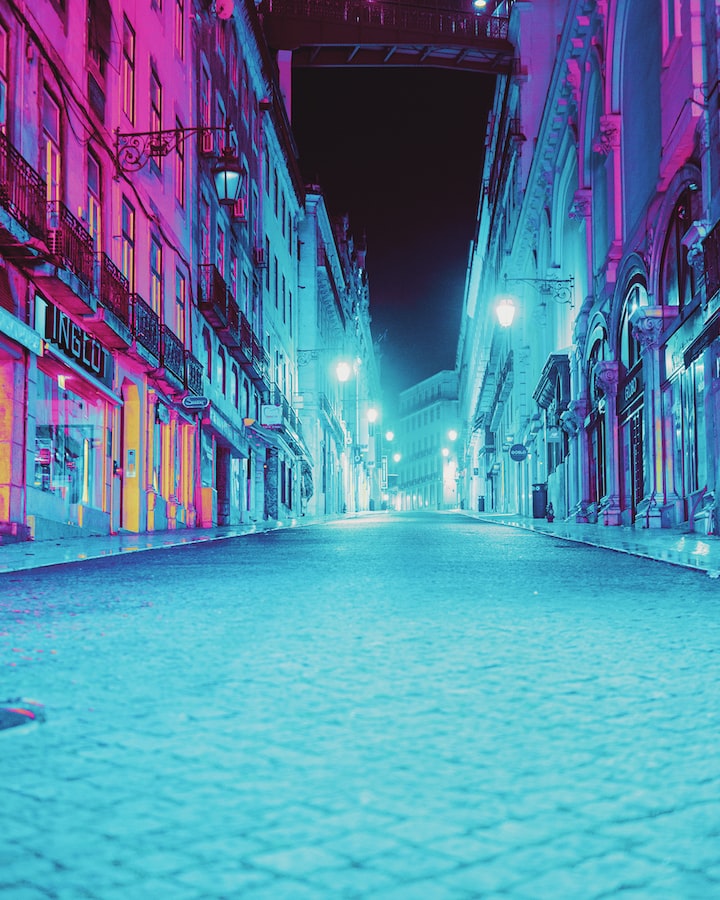 Photo by Damiano Ferrante on Unsplash

It all started as just another game to play: Cass began to go out into the night and take photos of the downtown area. Her mother would have locked her up in her room and barred the windows if she had known, but Cass always made sure to leave out the back door right after her mom fell asleep from that third glass of wine. And if her dad had known—well, he wasn’t there, so what did it matter?

Taking shots of the city at midnight gave Cass a sense of purpose few things rarely did. She felt like she was sixteen going on twenty-one when the local nightclub bouncer let her through without even needing to see her (fake) ID. The pools of dancers were the perfect muses for her camera, the multi-colored strobe lights flashing and illuminating them all in strips of neon.

A week in, though, something started happening. Less people crowded the dance floor, and Cass grew bored with the same partiers she had seen flock around the club night after night. By chance, she went out into the alley behind the club, ready to call an Uber to get home, when she saw a girl stumbling along in the shadows playing off the alley walls.

Alarmed, Cass held out a hand before the girl could trip and meet the cracked pavement. “Hey, you okay?” she asked. “Should I call you a cab?”

The girl’s head turned, blond hair parting to reveal her eyes—showing only the whites, no irises, and glazed over with a cloudy haze.

Cass nearly stumbled back herself at the shock of seeing something so...off. “Did someone roofie your drink?”

But the girl’s head turned, like she was a puppet being pulled by invisible strings, and her boots clacked along the concrete. No words or noise ever spilled from her lips. Cass even forgot to take a photo for posterity of the strange scene she had witnessed.

The next morning, though, news outlets around the country had reported footage of people suddenly acting...amiss. One video even relayed an up-close take on a man walking through a busy street, oblivious to the cars screeching to a halt and honking their horns at him. But he paid the drivers no mind—and his eyes revealed a milky white haze, so familiar that Cass almost choked on her cornflakes.

Only a few hours in, and the people were being called the sleepwalkers—and no amount of detainment could dissuade them from their nighttime wanderings. One woman even snapped out of it from footage recorded at 5 AM, and she had walked ten miles from her home without any idea of how she had ended up in police custody.

Some said it was caused by a viral parasite; others thought it might have been some new hallucinogenic drug that was becoming a recreational fad; and even more simply assumed it was just some publicity stunt funded by the tech corporations in Silicon Valley. Whatever the case, Cass was glued to the news on her phone that week at school. Even getting an after-school detention didn’t deter her from the need to know what was happening with these people who had become a subcultural phenomenon in only days.

Because, though Cass was not exactly unpopular, she craved the idea of becoming viral herself, if only she had the right angle and the right scoop for social media.

That was how she ended up sneaking out of her home more regularly just to record the exploits of the sleepwalkers in their natural environments. There were always a few stragglers each night, born from different destinations among the scattered suburbs and even the rural areas, so she began her chase that was quickly being monikered the waking dreamers, another catchy term perfect for the age of social media in large doses.

The Sleepwalkers might have been seen as an epidemic-like condition—if it had not only been occurring in the United States. And it wasn’t long before travel bans from other countries flooded in, so afraid they were going to catch whatever American glitch had invaded the populace in only days. Yet that did not stop foreign reporters from becoming dreamers themselves, film crews following behind groups of sleepwalkers on a nightly basis.

Cass herself took shaky camera footage on her own; the other kids her age were unbothered by the strain of sleepwalkers, especially since most of them were past adolescence and child sleepwalkers were usually detained by police officers on night duty. Even when a curfew went into effect, the various crews just had to be less conspicuous in their attempts to keep sleepwalker coverage trending online.

But the mystery continued, always attached to the notions of why and how, yet no matter how many days Cass trailed after groups of sleepwalkers, she did not find any reason to believe the sleepwalkers had originated in this way or that. Even while the sleepwalkers trekked into the night, there was no rhyme or reason as to the trigger of their creation.

Even chilly nights did nothing to stop the flood. Bundled up and holding her camera in gloved hands, Cass followed a familiar group—though, really, anyone could be struck at any moment. It was as if each sleepwalker had breathed in something that made them fall into a bespelled trance that led them to wander waywardly.

That night, though, there was a far more familiar face in the crowd. Cass’s mother, clad in only her nightgown and her feet bare, had joined the fray.

Cass pushed her way through the other sleepwalkers. “Mom! Mom, wake up!”

But there was no recognition in the gaze that shifted to her. The same haziness, the same lack of understanding—it was as familiar to Cass as if she saw it in her mirror every morning herself.

All Cass could do was follow as her mother moved with the throng, their steps shaky yet forward-reaching, until the sun rose and woke them from the power that held sway over them like a cruel kind of magic.

More stories from Jillian Spiridon and writers in Futurism and other communities.