It's a boy. And that's just the start. 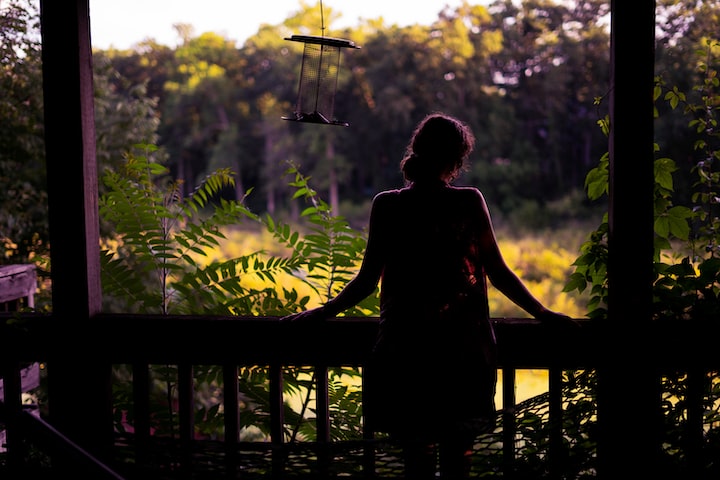 Dee Montraine had not planned on becoming a single mother (but then, who did?). When she told the news to her mother, she did not get a delighted smile or even a hug—but a slap across the face, sure to leave a bruise when the pain had settled in. The last thing Dee saw through her tears was the way her mother’s body shook as if electricity were running through her veins. There hadn’t been a need for words right then, though her mother did not do the cruel thing and throw her daughter out into the nowhere landscape of the small town where they lived.

The next morning, over a cup of stale coffee, all her mother said was, “Who was it?” And in that moment Dee could imagine her mother picking up one of the kitchen knives and going after the man who had knocked up her daughter.

Dee tapped her fingers against her knee and said, “You don’t know him.”

Her mother just stared at her. “Try me.”

A heartbeat squeezed through the moment before Dee murmured, “Just a trucker. He could have said he would catch the stars for me and I would have believed him.”

Her mother said nothing and just shook her head. “Thought I had raised you to be smarter than that. But I guess I’m wrong about a lot of things, not just that.”

Dee wanted to say something else, anything else, but her mother stood and took her coffee into the living room as if she could bear the sorry sight of Dee no longer. The noise from the television turning on sucked out any available air for Dee to break through and tell her mother that she wasn’t sorry. Sorry, maybe, that her child would be fatherless—but Dee had survived nineteen years before falling onto a cot with the first man who had ever looked at her as more than just the strange girl with the pale eyes from Swamp’s Bottom.

Though her mother failed to speak with her in the weeks after, she did not once tell her to leave the house and never look back. And she drove Dee to all her doctor’s appointments even when it made her late for her shifts at the Wal-Mart in town.

The day the small baby crib arrived in a box from Amazon, though, Dee couldn’t help crying. The small things showed that her mother still cared about her—or, perhaps, just the baby’s well-being—despite the cold silences and the loneliness that inflated like a balloon in Dee’s chest.

What Dee didn’t show her mother was the faded paper with the smeared phone number. Sometimes at night, when Dee couldn’t bear the thought of the uncertainty ahead of her, she so desperately wanted to reach out through a phone just to hear his voice again. But she would always simply fold the paper back up and pretend the line didn’t exist. It was better that way, she had to keep telling herself that.

Nine weeks in, she lay on the bathroom floor, tile cool against her cheek, as she waited for the roiling nausea to stop. She tried to keep her breaths steady, closing her eyes and focusing on anything but the sick feeling inside her. One trick was how she sang to herself, doing anything to distract her mind as she stared at the peeling paint at the bottom of the bathroom vanity.

Then the noise began.

Voice might have been a more apt approximation, but there were no words to decipher. It was like a soft thrum of static, what you might hear when you have a faulty connection with your television, and the sound spiked and then ebbed, barely able to be heard until she paid attention to it.

Dee didn’t mention anything to her mother or the doctor. It was bad enough she was a statistic about young mothers who had no business raising children when they were barely adults themselves; she didn’t need to add mentally unsound as an anecdote.

Weeks bent forward into more worry as she began to hear language within the sounds. But it was all nonsense, scraps of sing-song talk or chatter that was too fast where she thought she had just imagined it after all. The only time she didn’t hear the noise was when she hummed to herself—a lulling practice, like she was rocking the baby to sleep.

Her baby boy. The thrum of noise surrounded her right before she fell asleep and right when she woke up in the morning. It became a constant flow, and soon she would pretend they were having conversations, just the two of them, where no one else would ever be any the wiser.

And so it went. A week before her due date, she took out the scrap of paper and traced the numbers with her fingertips. When her mother was out grocery shopping, she picked up the house phone and dialed the numbers, her hands trembling as she did so. The call went through and began to ring, and all the while she stood still and held her breath.

“Hello,” Dee found herself saying in a voice far calmer than she actually felt, “I’m looking for a man named James Warren. May I speak with him?”

There was a long pause on the other end of the phone before the woman said, “Since you’re calling his old phone, I assume you haven’t heard the news.”

Dee’s stomach clenched, and even the noise of her baby faded into the background. “What news?”

“James died. Big accident on the highway a few weeks ago. I’m his sister Celia.”

“Oh.” Dee felt like she was going to be sick for a reason that had nothing to do with her pregnancy. “Oh. I—I see. I’m sorry, I really am.”

There was a pause on the other end of the phone. “How did you know him? Most of his friends couldn’t come to town and—”

Dee managed to hang up the phone before she collapsed to her knees.

The chatter in her mind grew into a cacophony, far from the soft nudges and interjections they had been.

The next thing she knew, she was waking up in a hospital bed, her mother looking down at her.

Dee’s eyes snapped wide. “Where is he?”

Her mother seemed to hesitate, and tears spilled down Dee’s cheeks.

“Sweetheart,” her mother said, confusion crossing her features, “you’ve been in a coma. Don’t you remember the crash?”

The crash. Dee’s mind buzzed, but nothing seemed to compute.

“The doctor said you could have some memory loss, that you may not even remember the accident. But you’re alive. You have no idea how much of a miracle that is.”

Pieces started to come back to her. A semi-truck careening out of control, the frantic gaze of the driver as the first impact was so near to the car she had taken from the garage, and she had heard the crack of glass right before—

Dee felt her mother’s lips brush her forehead. But Dee’s thoughts were in another world entirely, two broken realities connected by the bridge that was her mind.

More stories from Jillian Spiridon and writers in Futurism and other communities.