The Power of Imagination In Science

by Areeba Merriam 4 months ago in science 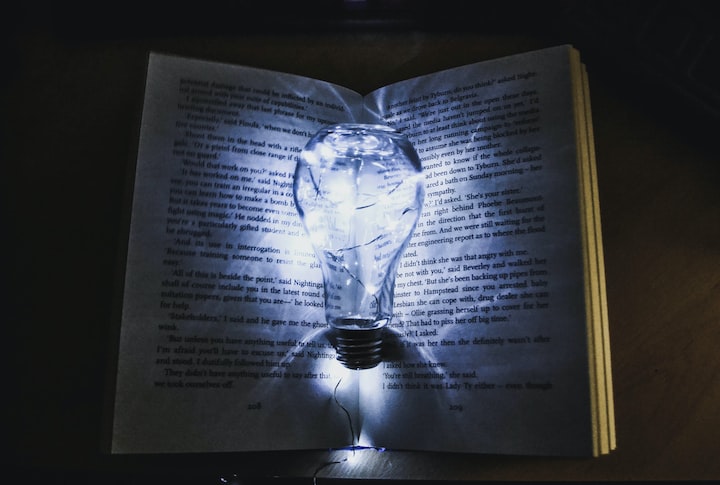 Photo by Clever Visuals on Unsplash

Imagination is one of the most crucial things that modern humans own. Like philosophy, science also originates in wonder. We find something odd, we ask questions about it, and then look for all the possible solutions or an appropriate explanation that can change the unexpected to expectable.

Why Imagination is important?

Let us take a simple example. Suppose someone has placed a bowling ball in your cupboard. When you will open the cupboard and see the ball placed there you will start to wonder. It will trigger interrogations in your mind and you will seek an explanation.

That’s how an unexpected observation makes you wonder. A Series of questions will begin to popup every second in your brain. Whether if someone has put that ball on purpose or by mistake? If on purpose, then what was the purpose? You start imagining all of the possible outcomes. You will eventually crave for a fully satisfactory explanation.

There is a dynamic relation between coming up with possible solutions and asking further questions.

In fact, You need one thing to become a successful scientist i.e imagination. Without imagination, William Harvey wouldn’t have discovered the full circulation of blood in the human body. Sir Issac Newton would not have defined the concept of gravity and above all Albert Einstein would not have developed the theory of special and general relativity.

Einstein was not such a brilliant student but he was a very original thinker. That was indeed a magic touch he had. His favorite way of being productive as a scientist was thought experiment.

He was once observing the worker on the roof of the building and imagined what would happen if he would fell? What about the forces he will experience while falling? His body will feel gravity or it would just be a natural motion? He peculiarly questioned his imaginations.

That precious thought he had led him to derive the general theory of relativity which is one of the pillars of modern physics nowadays. He asserted ‘that moment was the happiest moment of his life.’

“Imagination is much more important than knowledge. For knowledge is limited, whereas imagination embraces the entire world, stimulating progress, giving birth to evolution.”

The above quote points towards a very fundamental reality because knowledge is dependent on what we know and imagination can describe what we can know in the future.

Everybody has imagination. Don’t you? So everyone can make certain accomplishments based on that, as well. It is hidden in all of us just waiting for a chance to come out.

All you have to do is to find out what the scientist inside you is going to discover.

“Imagination is everything. It is the preview of life’s coming attractions.”

The above quote beautifully embraces the fact that everything we look at in this entire universe has come from someone’s imagination, somehow.

The above-mentioned are the traits that set us apart from other creatures in the universe. We reckon with all of them at every step we take in scientific work.

Imagination is a sibling of creativity. It is just like picturing things in your brain. It happens very often like when we plan something in our head, when we think about the past or future, when we dream, when we fantasize, and especially when we’re daydreaming. We spent 20% of our time doing that on average.

“Imagination is the most marvelous, miraculous, inconceivably powerful force the world has ever known.”

In science, you imagine something first then you come up with the theory-based upon that visualization, then you perform an experiment to verify it. The final step is to use your creativity to jot it down and deliver that to the public.

The process of defining critically and creatively your scientific problem

The best way to dive into a research problem is to define it creatively. Albert Einstein once quoted

This quote is a clear depiction of the fact that the value of the solution has a direct link with the ability to pinpoint the problem you are intended to solve with true imagination.

How to practice imaginative skills

Try these habits to expand your imagination because who wouldn’t want to enhance their cognitive skills and brain activity?

A group of researchers at Stanford University found that walking boosts creative and imaginative state. They compared the creativity level of people in both the cases i.e walking and relaxing. The results showed that ‘the creative output increased by an average of 60 percent when walking’.

Go outside for a walk and let your mind wander then see what new ideas, thoughts, and impressions come to light.

Reading broadens our imaginative and creative skills by stimulating the right part of our brain. Because while reading you are solely dependent on words that would automatically create pictures in your mind regarding the scenario.

Writing short stories or fiction is wholly dependent on imaginative and creative skills. It has a powerful effect on building imagination as you are trying to interpret the events in your brain that you have never experienced before, to other people.

Try a guided meditation for visualization. It helps in picturing positive images and ideas which increases the ability to focus in complete silence.

Most of the quality people use visualization meditation to boost their capabilities by three simple steps. They imagine it, they believe it and they repeat that in their mind.

Puzzle-solving is a great mind challenging exercise for kids. Kids nowadays need to have more imaginative plays like these. Too much desk sitting is destroying their creative capabilities.

Playing games like chess are a great source of imagination. It makes your brain think five-time ahead of usual. Because you have to imagine the future possibilities of moves your opponent is going to take and their responses as well.

“The natural night sky is our common and universal heritage, yet it’s rapidly becoming unknown to the newest generations”. In absence of light pollution, the night sky is always so magical and flawless to try out imagination.

Stargazing or sky-gazing was a classical method owned by many great thinkers and achievers for inspiration.

Like for the physical body and to connect with the material world, we use our sensory factors like touch, taste, smell, and hear. But all these tools are used by animals too.

Human beings have got higher faculties. We are God’s superior most creations. We have perception, memory, creativity, intuition, will, and most important of all imagination. They deal with the invisible side of our personality. No one can ever reach there.

We wander around with so much potential and we don’t know.

Our brain is so amazing and so powerful that we often take for granted how important it is and for all the momentous tasks it can perform. The highly successful people use their imagination to go into the future and bring it to the present. They act like the person they want to become.

The platform I share my writings on was once in the imagination of some person. Hence imagination has the extraordinary capacity to shape reality.

Make certain to exercise your imagination daily and keep it active by creating awesome images in your mind. Hold these images and live there for some time.

Our capacity to create imaginary worlds could be the remedy to our health as well as the strength behind the ascent of human civilization.

If you’re interested in reading about the habits of the greatest imaginative giant of the 20th century, click here.