The Power of Fantasy After Failure

by Loryne Andawey 2 years ago in how to
Report Story

How I rediscovered magic. 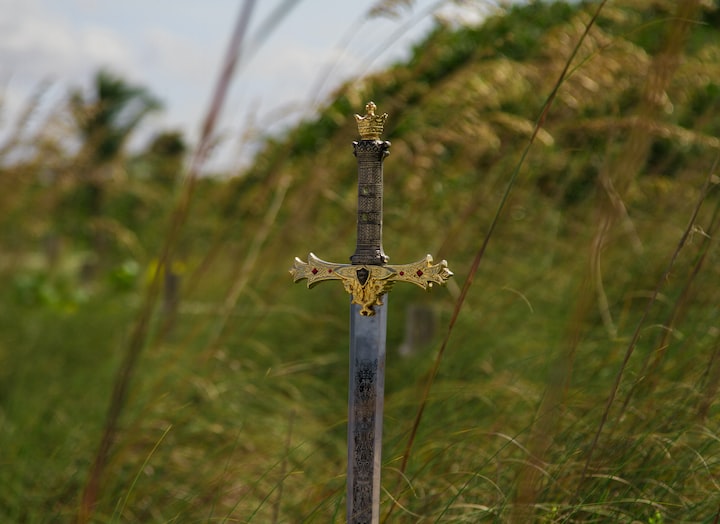 Photo by Ricardo Cruz on Unsplash

“Without this playing with fantasy, no creative work has ever come to birth.” Carl Jung

I was 10 years old when I opened Robert Jordan’s Eye of the World.

I was held spellbound. Every scene was richly woven, each character dynamic and full of life. The details of the world were so vivid they sprang easily into my mind. When it was all over and I searched the library for book two, I was overwhelmed to see the whole series taking up an entire shelf (it was 2001 and only nine books were published). How could one story take up so much space?

So began my journey into fantasy and I read as much from that genre as I could. I was in awe of the worlds that housed those stories, written so large one book was never enough. The sagas unfolded volume after volume and even when I reached the end I still felt there was more to discover.

Soon I began writing stories of my own. I imitated the descriptive writing styles of the fantasy authors I loved and crafted my own magical worlds. At one point I filled up ten floppy disks (yes, I’m dating myself here) with just one story.

There was no doubt in my mind I was going to become a successful author. All I had to do was keep on writing.

“If you don’t turn your life into a fantasy story, you just become a part of someone else’s fantasy story.” - Terry Pratchett

Fast-forward to 2017 and I found myself on a completely different journey. I was in the middle of building my online business and I was struggling. Business was sporadic at best and I only had a few customers, but I felt hopeful.

I read somewhere that the most successful people read at least one book a week. But not just any book would do. Instead, they read books to improve their mindset, and further their knowledge and success. The only fiction they allowed themselves to read would be literature, but only the good kind and only a few of them a year. Anything else was considered a waste of time.

The 10-year old girl in me rebelled. She wanted more stories of magic and she wanted to keep writing them down. But I was an adult and magic was not part of my plan. So, I marched her up to her room and told her to go to sleep.

I devoured books on personal development and finance searching for the secret to success. To further my education I listened to podcasts and flew to seminars to learn from the best. I surrounded myself with like-minded entrepreneurs who supported me with their mentorship. With each year my confidence grew. I began to see progress. It felt like I was well on my way to becoming successful. With the knowledge from those books and the support of my mentors I couldn’t see myself failing.

“Fantasy is hardly an escape from reality. It’s a way of understanding it.” Lloyd Alexander.

It was towards the last year of my business when I started to feel the disconnect. Perhaps it was because my business did not move as quickly as I expected it to. Perhaps I was not doing enough of the right things. Regardless, I felt stuck and confused. I was no longer sure of what I wanted to do. I was 29, fun-employed, and facing an identity crisis.

In the end, I did what every personal development book, business coach, and entrepreneur said to never do.

I felt a mix of conflicting emotions when I did. On one hand I was relieved. I no longer felt the pressure to be or look successful. I had more money in the bank and I was able to sit back and take a moment just to be alone. At the same time I felt ashamed about my failure. I felt like I proved everyone who did not believe in me right. I felt like an absolute fraud.

“The gift of fantasy has meant more to me than my talent for absorbing positive knowledge.” Albert Einstein

At first I selected books on psychology, happiness and personal development, trying to find the reasons why I failed, but soon I started itching for something different.

A thought crept up on me like a shadow.

What I saw sparked an ember of excitement. Swords and sorcery were still plentiful, but the hands that wielded them were different. Gone were the maps laid down by Tolkien, Jordan and Martin. In its place were wild and uncharted worlds. The creators that shaped them were diverse, bringing with them new monsters, new heroes and new magic.

There were so many new authors and books to choose from, it was hard for me to decide. The more I looked, the more spellbound I became. That ember inside me began to burn.

My bookcase, which I once considered a reflection of my intellect, began to fill with magic. A part of me laughed, reminding me how useless fantasy was. But it was quickly hollered down by a smaller, 10-year old girl barrelling out of a room I forgot to lock, screaming more, more, more!

And as I began to read more of these useless fantasy books, I began to write.

“All works of man have their origin in creative fantasy. What right have we then to depreciate imagination.” - Carl Jung

It’s funny how we spend so much time and money searching for the things we forgot we had. I spent most of my 20s learning the mindset and skills I thought I needed to become successful. But the success I sought turned out to be nebulous. When the shine wore off and I began to question my motives I found myself lost.

She did not need to read a book on how to do it. She just wrote.

She wrote in the early hours of the morning and stayed up writing long into the night. Her mentors were the fantasy books she read and her heroes were the authors who wrote them. She honed her craft every day, writing and rewriting and noting every improvement. Her goal was to become a published author and to write epic fantasies of her own.

10-year old me was successful because she already had what it took.

The passion to create magical worlds was still within me. I just ignored it, figuring that it would be something I could do once I have the time. But if I learned anything in my mad quest for success was that time was only what you make of it. If you want something bad enough, you would make the time to get it. And after feeding 10-year old me with the fantasy novels she craved, I remembered my old dreams.

I wanted to become an author. But not just any author. A fantasy author.

I already have what it takes to get there. 10-year old me says she'll help.

All I have to do is keep on writing.

More stories from Loryne Andawey and writers in Futurism and other communities.