by Chandler Olof 11 months ago in science fiction
Report Story 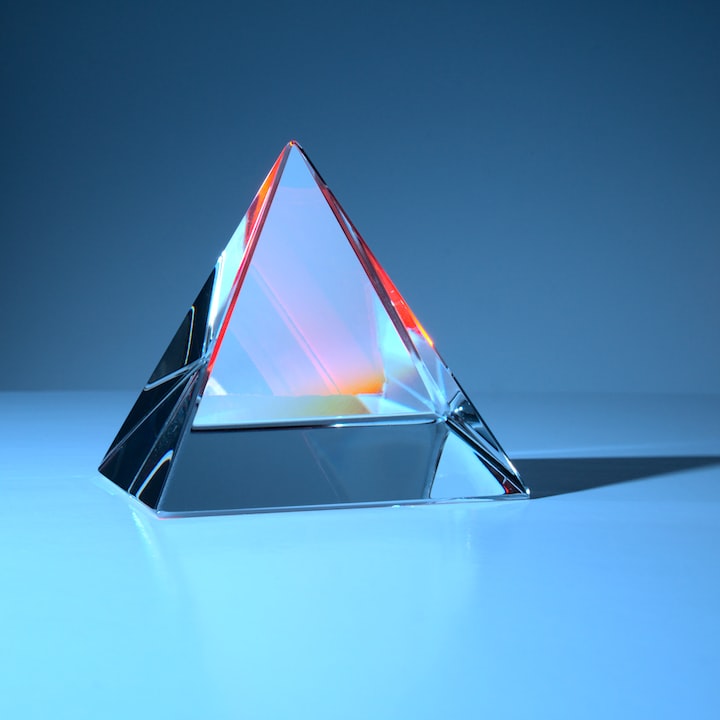 Inside every building it smelled like elevators. And the outdoors smelled like cherry blossom chapstick. It sounded like a typewriter. All the Braille being punched into or onto anonymous objects. Food was exquisite; and after a few months of touching everything, you develop callus that starts to rob you of the new norm. Makes you feel like you’re going blind all over again. Then you develop this hypersensitivity, and learn to feel through the rough palms. The True Sight it's called. See the new world by how it feels.

I wish I could tell you what it looked like. But they made all the changes after we went under the knife. No need for roads anymore. Robots deliver. People got really good at learning new languages. Everyone became a Mozart or Beethoven. We gapped cultural differences after accents dissolved away. We got really good at listening. I think that's how I heard what really mattered when it crossed my path. When Matthias spoke up.

I was walking along a rope road in the park one day. Following along with my fingers when I felt a bench at the end and decided to sit. I could sense another there. I sensed him like how you sense someone behind you, and that sense gets really strong with daily practice.

"Hello," he said. He seemed to have greeted me first, nearly telepathically.

"I thought someone was there."

"My name is Gem," I introduced myself.

"What kind of gem are you?" he grumbled.

"My issuer said I have a deep beauty like the deep blue of sapphire."

"You’re not a sapphire."

"You’re not. If anything you’re a ruby for your red hair." He said it like he knew he was reminding me. Indeed, I had forgotten that I bore my mother's hair.

"How did you- You’re not blind," I finally concluded.

"You sound a little rough yourself with that gritty voice old man," I scoffed at him.

"Ooo fiery." He could hold his own.

"Sir, you ought to depart from me. I’ve never had business with the false-sighted and I don’t plan to." I was quite the near-sighted person.

"Don’t lie to me too. How could it be difficult to leave?"

"You’d understand if you had your sight still."

"Oh- Forgive me sir. I- should’ve realized sooner; even your name is of the last generation."

Those who had lost a body part in the war were allowed to keep their sight, but there were few in existence anymore. We were taught that we all make sacrifices in different ways, but they are just as important as the next. That’s why they kept us separate from the mute and deaf camps. Their sacrifice is just as legitimate, but conversing with anyone from another sector was beyond difficult.

"What about your name?" I asked him.

"Matthias." He grabbed my hand and shook it. I hadn’t had a handshake in years.

"Well, Matthias, I don’t think you can say all this about me. Who are you to-?"

“Because I can see you. Everyday I see you. And despite what your cult tells you, what I see tells me a lot about you." From what I could tell, he liked to interrupt in a gentle yet powerful way.

"You're ridiculous. Appearances don't matter. Character does," I told him.

He took a whole minute to answer me. I thought I had gone crazy for a moment; thinking my ears missed an entire departure.

"Of course. Although I must ask; why have eyes at all then?"

"Eyes are for the weak, who can't see underneath."

"Don't quote that pseudo scripture to me. You think I'm weak for keeping mine?"

I knew I messed up.

"I didn't say that Matthias-"

"I was proud to fight for our country. This leg-" CLANK! "I used to wear this leg with pride. I wanted people to see the sacrifice I made. All they see is someone who didn't gouge their eyes out."

He shocked me. I barely asked my next question.

"Why are you telling me all this?"

"You know how many times I didn't? How many times I’d been polite and decided not to ruin your day? But I can't live like that for much longer. I'm getting old Ms. Gem."

"Because I see you. Everyday I see you. I see you strike up conversation with strangers; how kind you are to them. The way you whistle at a bird when one finally shows up after months of nothing. How you want the best for the homeless and even the way you walk slower when you’re going home alone."

“Are you stalking me sir?”

“I stalk everyone. I’m looking for someone who’s worth telling and you stood out Gem.”

I heard shuffling, like he was going through his pockets. I got the feeling that he had practiced this conversation many times over. My little questions were not going to stop him from saying what he had already determined.

“Here.” He grabbed my hand and put something in it. I felt, used that hypersensitivity to make out these secret gifts. A heart shaped locket. We weren’t allowed to have jewelry. If someone were to choke; who would see? Who could hear them suffocate?

“I can’t have this!” I whisper-yelled and tried to give it back. He grabbed my hands and forced me to open it.

“Yes you can. You have to!” He put my index finger on the photo inside.

“This is a photo of me. I want you to remember what I tell you. This will serve as a reminder to you.”

I was panicky now. He was right about me; I was very ritualistic and breaking the rules frightened me. But I had already been mulling over what he said about me in the midst of our talk. A diamond in the rough. There are parts of ourselves none of us wish to have. Maybe my rigid, strict perspective was one of them.

“Thank you. I’ve been to the other sectors. You know in the mute sector they have the thickest books? And the deaf sector? The most outstanding art. It’s also very loud there.”

I laughed. And I heard him chuckle.

“But you will never experience any of it. They will not hear your music. Nor can they sing along.”

“Why does that bother you? It doesn’t seem to bother anyone else.”

“Because what they tell you; that appearances don’t matter, character does. The deaf sector uses appearances for everything. And they are just as ‘happy’ as you. Don’t you get it? They’re told that seeing is believing and the mute sector was based on the idea that if nobody can lie or gossip, then peace will be attainable.”

“But we have peace from hearing each other out here…” I caught onto what he was saying. How did I not see it? Instantly, flashbacks of the extremism that led us into that society were playing over and over in my head. Some of the last things I ever saw on repeat. I tried to hold back the tears.

“That’s what I was afraid of,” he said. I felt a tear run down my cheek and into his hand to wipe it.

“I want to stop them. Preserve the old way of life for future generations by going back.”

“You are a good listener.” I felt him smile as he looked at me. “Just know that as I was watching others, I also was being watched.”

I heard him stand and walk off. The clicking typewriter sound, coming from his mechanical leg as it crunched in the dirt, faded further and further in the distance.

Isn’t it funny how words are just sounds? Art is just lines. Yet, if you put them in the right order, it will change someone’s life.

If you’re reading this, please thank Matthias, and my friend Ruby from mute sector 2, who is writing this herself on my behalf. Also, thank Sapphire from deaf sector 11, who has posted this for the world to see. And thank you, friends. Look out for one another, and find the common ground before it’s taken.

More stories from Chandler Olof and writers in Futurism and other communities.