by Dustin Murphy 2 years ago in star wars

During the beta, it's not hard to get a glimpse of the fate of Boba Fett's famed ship known as Slave 1.

Over the years there has been much mystery surrounding the fate of legendary bounty hunter Boba Fett. Many began to argue that there had been no reasoning behind his death the moment he fell into the Sarlacc Pit during the events of Star Wars Episode VI: Return of the Jedi. After all, Boba Fett was notoriously famous for his calm, cold, and calculated demeanor. Anyone who fell into his sights knew their fates had been sealed.

With the Star Wars Battlefront II beta finally here, it was time to start digging around. During the beta we get to visit Maz Kanata's home as seen in The Force Awakens.

For those unfamiliar, Maz Kanata is a collector of relics from the past. One of her most famous pieces just happened to have been Luke Skywalker's lightsaber. Little did we know, however, it seems she had a bit more hidden around her home than we had thought. During the beta, if you are playing a First Order trooper, it's not hard to get a glimpse of the fate of Boba Fett's famed ship known as Slave I. 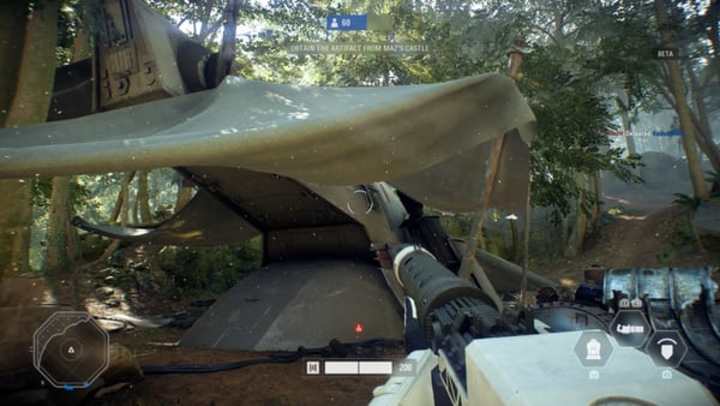 Unfortunately for fans of the Mandalorian, it seems that his time in the Sarlacc Pit is indeed what we thought it was. He has died. During my adventure through Maz's home, I quickly took note of this odd little shape at the back of the First Order spawn point. A tarped ship. Not just any ship, but the most famous of them all next to the Millenium Falcon: Slave I.

A dismantled Slave I at that. Due to age, it seems that Rey, Finn, and company may very well get to see the ultimate fate of Boba Fett. Seeing as time would have been harsh on him, had he actually escaped the belly of the beast, we can only assume his time as a bounty hunter has ended. You can even check out the video below for evidence.

With Slave I dismantled, who takes Boba Fett's place?

Since there are no claims to fame at this point, it seems that the First Order has their own woman for the job in Captain Phasma. Due to her cold and calculating ways, we can only assume that she will be filling the gap left by Boba Fett. Due to his unfortunate fate, it's sad to see that such a famous relic of the past has become pieces of scrap, and ultimately someone's junk to tinker with.

If everything sticks true, this little easter egg is a nice homage to Boba Fett voice actor Jason Wingreen who passed away at the age of 95 in 2015. As they say, may the force be with him.