Finn's Journey In 'Star Wars: The Last Jedi' Will Get Even More Complicated

by Paul Writes 2 years ago in star wars

Unless you've been hiding under a rock for the past eight months, then you've probably heard something about Star Wars: The Last Jedi as well as the epic journey in store for Finn.

Unless you've been hiding under a rock for the past eight months, then you've probably heard something about Star Wars: The Last Jedi as well as the epic journey in store for Finn. As details emerge about The Last Jedi, information from new interviews with director Rian Johnson and actor John Boyega give fans the impression that Finn's journey will be intense. These hints give us the overall impression that his life will only be getting more complicated, both within himself and in his growing relationships with other characters.

Finn will find his strength in The Last Jedi.

During an interview with Variety, Johnson teased Finn's upcoming journey, highlighting that Finn will find the strength he lacked in #TheForceAwakens in order to fight back against the First Order.

"We wanted this to be the movie where his character strengthens — not just by becoming a better-drawn character — but by literally finding his strength and discovering what he believes in.”

Finn's desertion of the First Order and the emotional fallout from that desertion played a role in many of his actions in The Force Awakens. He wanted to leave, but with the Resistance and Rey counting on him, he felt he couldn't. Finn also felt somewhat responsible for the First Order's domination of the galaxy, giving him even more reason to stay regardless of the internal conflict he was dealing with.

Now, it sounds like he will grow from those choices and will finally tap into a hidden well of strength — which could be huge for his growth as a character and his emotional growth will soon translate into major action. Finn shooting down TIE Fighters in the Millennium Falcon and fighting Stormtroopers in The Force Awakens seems to be foreshadowing his role as a soldier in the Resistance squadron in The Last Jedi. Essentially, Finn discovering who he is and becoming stronger altogether is what sets him up perfectly to become a hero of the Resistance.

Rose's friendship with Finn will challenge him.

Additionally, Boyega hinted in a recent Entertainment Weekly interview that his character's development in The Last Jedi will not just be about his own internal growth. A new character, Rose, will also influence his growing role in the Resistance and his own development.

"He appreciates the adoration for a second, but when he meets her, Finn is trying to escape the whole war. He’s trying to leave. And she [Rose] comes in and basically gives him a depiction of himself that wasn’t necessarily true. It’s now an opportunity for him to be the best he can be. He has to make a decision, and Rose is there to help him make that choice."

It sounds like Rose, an unassuming mechanic, will become somewhat starstruck with Finn, followed by them developing a friendship of some sort. Furthermore, she could play a major role in Finn's decision about whether to stay with the Resistance or leave, as he originally intended. Their connection to one another is still somewhat vague, but she may have just enough influence on Finn to convince him to stay. It's unclear how Rose goes about that but it sounds like her chances of succeeding where Rey failed are pretty good. Cue the complications. 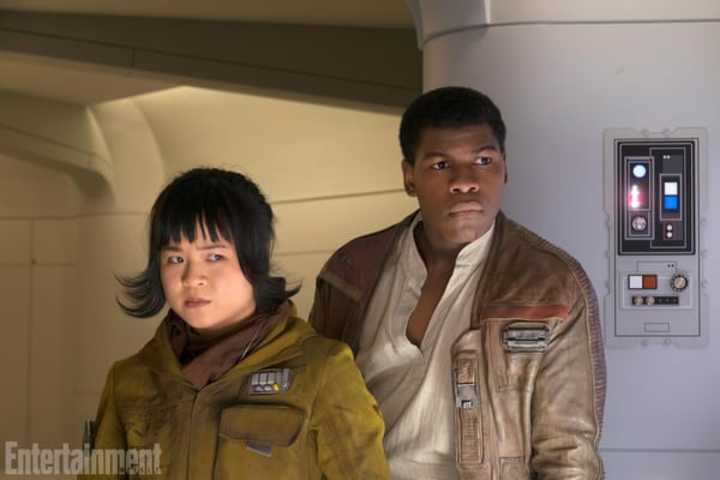 Now that we know Finn is in the position to either become a prominent fighter for the Resistance or a First Order fugitive on the run, it'll be interesting to see what he decides to do. The teases provided so far are hinting at Finn becoming the hero we've expected since the beginning. Then again, the #StarWars universe is known to be unpredictable, so we shouldn't put it past The Last Jedi to pull a fast one and take Finn on a journey we never saw coming.