Dystopian future How it all began

by Nneka Anieze 7 months ago in future

Of all the ways imagined to bring about a dystopian future for the human race, no one anticipated what eventually put an end to humanity. People theorised that it might have been avoided but with less than a million people in the whole world, it was too late to regret or repent. All hoped was pinned on survival. 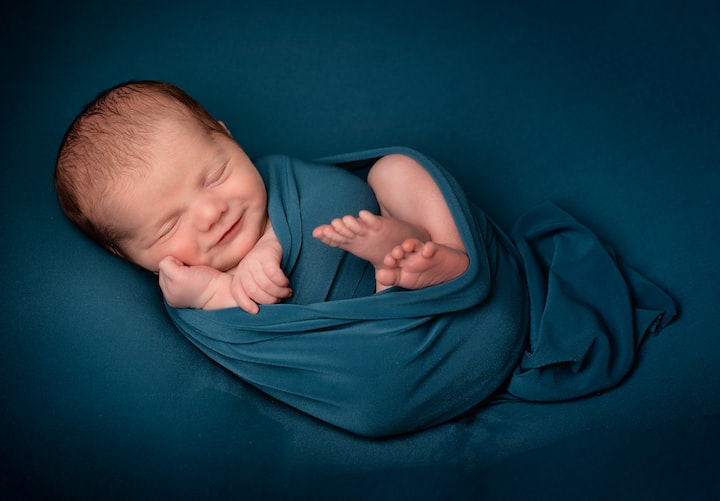 Photo by Adele Morris on Unsplash

“So does anybody really know what happened? We have heard the stories, the pandemic targeted at women but does anyone really know how and why? I mean, we have the science of it, the Numbers, the investigations but I still don’t think it makes sense completely. Who would have predicted that the human race would tickle to an end? There has been theories and predictions about the end of humanity. We all thought the end will come with a deadly virus like the pandemic that ravaged the earth in 2020 or with climate change or even a meteor shower like it did with the dinosaurs. But here we are, less than a million people in the whole world. The last generation of human was famously called Homefront because we believed they would be the last stand and find a cure or a solution to the barrenness of the world. That is your generation. I know most of you already know what happened but for the sake of the class, can someone refresh our memories?” Jade invited her students to join the discussion.

Most of the students in the class raised their hands and why wouldn’t they? The history of what happened to the human race was taught from the nursery to adulthood.

“Mema, in five minutes, tell us how we arrive at this point in human history.”

“It all started in 2029 when the radical scientist from Nigeria named Olaedo Madu released a virus originally called female egg deficiency. The virus affected the production of ova in female drastically making conception difficult. The name was later changed a year later to ova destructive virus 2030 (OVAD2030) when it was discovered that change was permanent and it was rapidly spreading throughout the world, affecting every female and rendering them barren and unable to conceive. The disease was airborne with very few symptoms and some women went from having hundreds of eggs in their reproductive organ to zero in the space of seven months, some faster depending on the age. As much as the whole world searching for a cure or vaccine to contain the disease, none of that could be found to effectively combat it. By the time the virus was traced back to Nigeria where it originated using contact tracing and biological mapping, the scientist and creator of the virus was already gone. She had travelled to Israel where she took her own life after writing an apology to the world and women in particular. She…”

The teacher stopped her.

“Thank you very much for that. Does anyone else want to continue from there?"

“It took less than two years for the virus to circulate the world and to reach every female. In time, women who could still have ova and who were not infected hurried to have babies and with the government offering an insane amount of money for every baby born and twice as much for baby girls, they had more incentives to reproduce. The virus eventually circulated to every female. In 2040, 50 babies were born by 40 birthing persons here in the United States and 105 babies were born in China, the last of the fertilized eggs that were preserved from years ago. Those were the last human babies to be born to date. It is now the year 2110 and there have been no Human babies. The Homefront generation has been trained as mostly scientist, space explorers and in other fields that might help find a cure or preserve the human race as long as possible. They are now, a lot…”

“That is very true Abro,” The teacher interrupted. “Homefront. Such a strong hopeful name. Does anyone want to speak on how humans have been coping after more than a century of non-reproduction?”

Almost all the hands in the classroom were raised again. Such eager students.

“Even as we religiously search for the cure, scientist have found ways to prolong human lives so they might live long enough to eventually find a solution. We use a combination of serum injection and cryogenic therapy to extend the human lifespan. To further explain the process, a human can decide to freeze their body cryogenically and incubate for a period between 1 to 15 years, 20 in extreme cases. Different serum have also been cultivated to slow down ageing and regeneration by 50% in younger humans aged between 20 and 50. The people in government worldwide were forced by circumstances to put aside everything else and focus on sustain human life by combining resources and manpower to invent technologies and research that lead to a significant breakthrough that currently helps us extend life to the maximum. As recent as 2090, a scientist found a way to store the human brain even after the body has decayed so that the mind can keep on working. They are called the working minds. It uses a combination of biology and chemistry to preserve the integrity of the brain from a most renowned scientist so that they can continue to research even after their body has expired. We also took to all kinds of animal adoption to fill the void left by the absence of tiny human babies. Thank you.”

“Thank you, Kia. That was very concise and comprehensive. So who can tell us about the scientist? Neto, why don’t you go ahead?”

“She was a biochemistry professor from Nigeria. She also had a PhD in other fields like biology, herbal studies and feminine analogies. She was known as the most controversial modern woman scientist of her time. Her later research was considered daring and radical. In 2029, according to her research journal, she stumbled onto the OVAD2030 while was trying to find a cure for the pains that females go through. She just wanted women to suffer less, she wrote in her journal. The specifics of the story is not known but the virus got out of hand very quickly. She took her life a year later because she could not live with the guilt of what she had done. 50 years ago, her body was exhumed after a researcher found writings from her that hinted that the answer to the cure may be in her heart and since we have explored every other option, we had to consider the fact that there might be an answer in her heart.”

“Oh yes, the heart. That’s what we are hopping on now. Who can recite that for us? I know most of you know it by heart so just calm down I will pick somebody. Kosarachi, let’s hear from you.”

“The dedication, it says. ‘ I started this out of the goodness of my heart but as we all can see, it quickly got out of hand and for that I am sorry. Just know that the answer still lies within the heart I have locked away and for the sake of humans, I hope my heart is found. A lot of people were angry at the cryptic message that was the dedication but …”

“That’s enough my dear. Thank you. So she didn’t mean her biological heart as the scientist assumed.” The teacher went on to say.

“What could she have meant?” One of the students asked on behalf of everybody else.

“That’s why we are here for this lecture today. My team and I believe she meant her locket, her heart-shaped locket. Recent photos showed her wearing a diamond-shaped locket but a closer study of the origin and design of that particular locket disclosed that it encloses a heart-shaped one on the inside. it was last seen in Israel where she died but a recent report says it might have somehow made its way back to Nigeria. Yes, Amara, what’s your question?”

“What do you think is inside the locket?”

“We don’t know. We can always speculate and we hope, I especially hope that it has the answer to procreation. We are all living on borrowed time and we only have so little of it. OK, kids, that’s all for today. Yes one last question, Adi.”

“How does it feel to be a working mind? Do you still feel pain? Are you happy?”

That was such an emotional and kind question and if Jade could, she would have smiled.

“It’s an honour to be a working mind. My body has decayed beyond repair after more than 100 years but my brain still works and no I don’t feel pain, not physical pain. And I have indeed forgotten what it feels like to be happy but at least I don’t feel pain. We know the brain can only function with the machine for two years so if I lived to see the start of the creation of a cure, then I just may die happy. I hope that clears things up for you. See you next time and thank you for your time. For your assignment, please read up on the female pains that prompted the research that led to the virus. Have a good day.”

Nice to meet you. My name is Nneka, mom of one living in Windsor, Ontario. I enjoy reading a lot and have decided to try my hand at writing. Hoping to better my skills and perfect my writing skills. I hope you enjoy my writing