by Mark Metz about a month ago in tech

when purpose is redefined, and not for the better 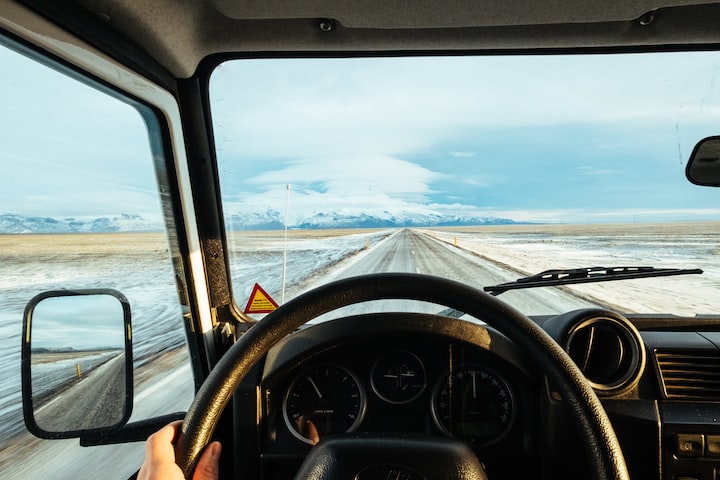 Perhaps this is overly simplistic to say, but there are two particular kinds of people in this world: those who like to drive around in their car completely aimlessly, thinking, perhaps listening to music while doing so. And those who think people who do this are weird.

Peter fell into that first group. In fact, he’d actually turned it into a bit of a practice. This is how it went: on evenings that he had a rough day at work, he’d take the long way home, and during the detoured part of his drive, he’d try his best to eliminate all thoughts related to work from his mind. On average, he probably “took the long way home” two times a week. But that wasn’t it. Peter also took one aimless drive lasting from 20-45 minutes on weekends, typically Saturdays.

But all it took for this practice to come to an end was one particular weekend day in which everything changed.

It was in the late afternoon, Peter was feeling groggy and was tempted by the sight of his living room couch. A nap sure felt like a good idea. But he knew that this nap would’ve lasted longer than an hour, which he didn’t want, and that he could possibly get rid of his grogginess by taking his regular drive. So that’s what he did. Rather, he at least thought that’s what it was going to be — just another regular and aimless drive.

Now is the time you might be thinking that something tragic happened. That Peter’s drive ended with him having a car accident that forever changed his view of driving or even his ability to drive. But that’s not where this is headed. Because Peter completed his drive and did so with no incidents, mind, body, and spirit completely intact. He also accomplished his goal of snapping himself out of the haze he was in. And so, initially, there was nothing that would’ve led him to believe that he’d never go on one again.

It was later that evening, however, when the news came through, that his and everyone else’s lives changed forever.

The news itself wasn’t necessarily a surprise, it had been a long time coming. But how quickly it came was quite shocking… to everyone.

It first came as a notification on Peter’s phone: all manual driving vehicles were effective immediately being banned in favor of self-driving vehicles. The provision of generic self-drivers to all residents who didn’t own one would be commencing immediately. In the meantime, self-driving cabs, which were already available in most large and medium-sized cities, would be free of charge until all households had been provided with their own self-driver.

At first, Peter was certain he’d still be able to go on those “aimless drives” but just not do the driving himself. So while he didn’t necessarily like the idea of not being in complete control, he figured that there might be some positives in letting the car do its driving, while he sat back and enjoyed the ride. This, however, also ended up not being an option.

Because to go along with the new ban also came some new regulations. One of which required the person entering the vehicle to type into the car’s computer their reasoning for traveling from point A to point B. And so when Peter got into his self-driver on a lazy weekend for the very first time and typed out, “ 30 minute aimless drive,” the response displayed on the screen of the car’s computer came back as “invalid” due to “insufficient reasoning.” So instead, Peter “ran an errand,” one in which he had to purchase at least items and show proof of purchase once he returned to his car.

Once Peter got back home from his errand run, he took a nap on the couch.