by Mark Metz 2 months ago in fantasy 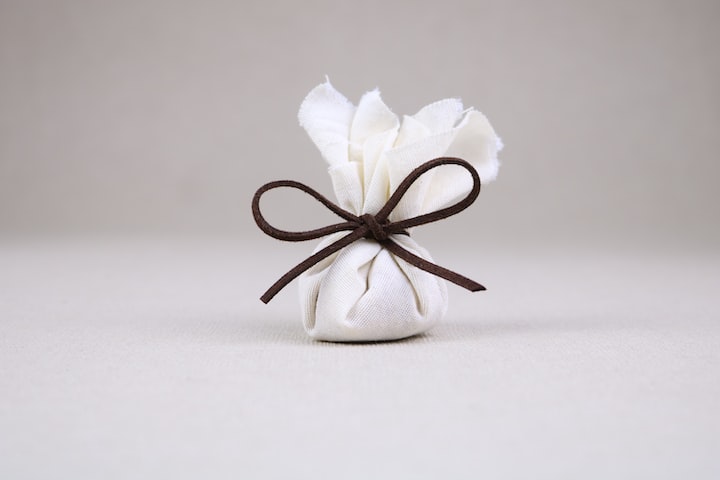 Photo by Customerbox on Unsplash

When time reaches the future you really only have one way of knowing it’s the future, and that’s through the realization that things are no longer like they were in the past. But even then, this sort of realization is almost always gradual and never sudden. Waking up and becoming aware that the world has gone completely crazy and is upside down, no longer resembling anything close to what it once was, isn’t going to happen to you in a mere night leading to morning. It’ll be many nights and mornings and days that will ultimately lead you to the revelation that the future is now the present and that a new future now lies ahead.

But let’s imagine a time when what you just read doesn’t reflect the reality of what you’re about to experience. Imagine that you’re waking up and rolling over to check the time on your phone. It’s 7:11 am, your alarm is going to go off in nineteen minutes. There are two kinds of people in this particular scenario: those who get up and those who decided to sleep the remaining 19 minutes. Actually, that’s wrong, because there are three. The third person is the one who sleeps the extra nineteen, but then snoozes their way into being five or ten minutes late for school or class. You are this person. Meaning, after you check your phone you sleep nineteen more minutes, and then you press snooze.

But then the alarm never goes off again. And when you wake back up you’re confused. You know it’s way later than what you intended to sleep. You know that you either slept through all of the snoozes or that you accidentally turned the alarm off instead of pressing snooze. You’re not sure which one it is, you just know you’re about to be late for work. So you work yourself into that familiar frenzy as you frantically search your bed for your phone, resulting in blankets and pillows being thrown in all directions. You finally find the phone in the typical crack between the bed and the wall. There’s another problem once you find it, though. It’s dead.

You plug the phone into the charger and begin to wait. But as you wait, you begin to notice something eerie. It’s really quiet. This is weird because you live in an apartment in the middle of the city and you believe it’s probably around 9:30 or 10 in the morning, extremely busy and loud times for the city. So you investigate by opening one of your window shades. And what you see next places the largest lump of horror in the middle of your throat that you’ve ever experienced. Instead of looking out into a city, you’re looking out into a wasteland. The future has made an abrupt and sudden appearance in your life.

And what is the first thing you do when you make this horrifying realization? That is, what do you do after you’ve exhausted your efforts in trying to wake up, in trying to prove to yourself that you’re not dreaming, not drugged, not having a mental breakdown of some sort -- of any sort?

Well, what you do, after pinching, dumping cold water, even punching yourself in the face, is you check to see if your phone has charged up enough to at least turn on. It hasn’t. You begin to entertain the fact that it may never turn on, that it had been off for many, many years, that technology and electricity possibly wasn’t even a thing anymore. And these thoughts cause a panic to arise within you, one greater even than the one you experienced when you first looked outside, because it meant no connection whatsoever, no tools that theoretically point you in the correct ways. Correct ways meaning, clues for what happened, a history of the events that led to the current day, contacts to at least try and get a hold of, to see who you knew was still alive in the future. But that tool was seemingly gone and you had to find another way.

As you look around your apartment you discover that it hasn't changed a whole lot, other than it being a lot dustier than it was when you were last awake. And that it also had a distinct smell, partly due to the dust but also due to perhaps some rustiness and any other word you can think of that coincides with oldness. You determine, though, that you weren’t going to get your desired clues by sticking around the apartment, and that you’d eventually have to venture out into the wasteland, into the unknown, a thought that you had intentionally been neglecting to entertain because of the uncertainty that it ultimately meant.

But before acting upon what you know you must do, you open every single drawer, cabinet, and closet in your apartment. You look under books, papers, appliances, furniture, everything. But of course you found nothing. It was a smart thing to do, something that had to be done for the sheer reason that it was a next step. But you knew you would find nothing, because you knew that you had to go outside. So you do.

Immediately upon opening the door you encounter a much stronger variation of the smell of old that permeated your apartment. Who’s to say that the future will smell newer and not older? It was nearly unbearable to begin with and you almost used it as a convenient excuse to go back inside. Inside where it was safe, and while still uncertain, much more familiar. But it was the second thing you notice that keeps you outside. At your feet, sitting directly in front of your door is a small cloth bag tied at the top with string. It’s just there, waiting for you. And who knows how long it had been sitting there. This is beginning to feel like some sort of setup to you now, and when you open the bag, that feeling becomes even stronger.

The first item you find is a piece of paper with a note written on it. The second and third items are containers, one white and one gray. The fourth item is a key. You read the note first:

“This key is able to open both containers. But you can only choose one container, for the key will become permanently stuck in the lock you so choose. To help you make your decision, in the gray container is a little black notebook. In the white is $20,000.”

Everything within you tells you to choose the gray container. You know from movies and from the mere idea of money so many times being used as a trap that it’s likely being used as one again. But a small notebook? In a world of complete unknowns and uncertainties? How would a notebook get you food and water? How could it help you find your family and friends? This new world had to have some sort of bartering and trading services, some form of transportation. And offering these folks something from a notebook for their services would almost certainly cause them to laugh in your face.

The money, then, becomes the common sense option, the correct choice to make under these circumstances, despite your inner voice telling you otherwise. You can’t afford not to follow common sense, you tell yourself. If this were a different time, you justify, you would’ve chosen the gray container. But not now. Not with so much at stake. So you open the white container, retrieve your money, and proceed.

It’ll probably come as no surprise to you that you eventually and quite quickly die, and that you perished with all $20,000 still to your name. It might also not surprise you that many others around the world placed in your same situation also perished with their money because they made the same choice. And that within the notebook you spurned, the one inside a perfectly un-lockable lock, were words that would have given you the history you desired, presented you with the clues you needed to proceed effectively, and even provided comfort when you would most need it. Because while it was just words in the notebook, the same will be true of words in the future as what is true of them now and what’s been true of them in the past: they will set you free.